Shanaya Kapoor, who is soon going to make her Bollywood debut with the film Bedhadak, has received birthday wishes from her besties Ananya Panday and Navya Naveli Nanda. Shanaya Kapoor, the daughter of Maheep and Sanjay Kapoor, has turned a year older today. She is soon going to make her Bollywood debut with the film Bedhadak under the banner of Dharma Productions. Being a part of the Kapoor family, she too dreams of making it big in the Bollywood industry. Today, as she turns a year older, she has received warm birthday wishes from actor Ananya Panday and star Navya Naveli Nanda.

At first, Shanaya’s mother Maheep Kapoor dropped a lovely wish for her daughter. Taking to Instagram, she wrote, “May all your wishes come true” and attached a bunch of heart and infinity emojis. For those who are unaware, Maheep Kapoor was last seen in the OTT web series ‘Fabulous Lives of Bollywood Wives’.

Her childhood bestie and actor Ananya Panday wrote, “From cradle to grave–Shan and Anne Anne and Shan. I love you, my sister. Happy Birthday. I hope all your wishes come true.” Ananya Panday will next be seen in the film Dream Girl 2 alongside actor Ayushmann Khurrana.

Navya Naveli Nanda, the granddaughter of actor Amitabh Bachchan, wrote, “Happy Birthday grumpy!!!”. Both Navya and Shanaya are childhood friends as well. For the unversed, Navya Nanda is nowadays hosting the popular podcast show ‘What The Hell Navya’ featuring the voices of Jaya Bachchan and Shweta Bachchan Nanda.

Even Suhana Khan is Shanaya’s best friend. And today is a special day for her as both her father Shah Rukh Khan and bestie Shanaya Kapoor are celebrating their birthday. 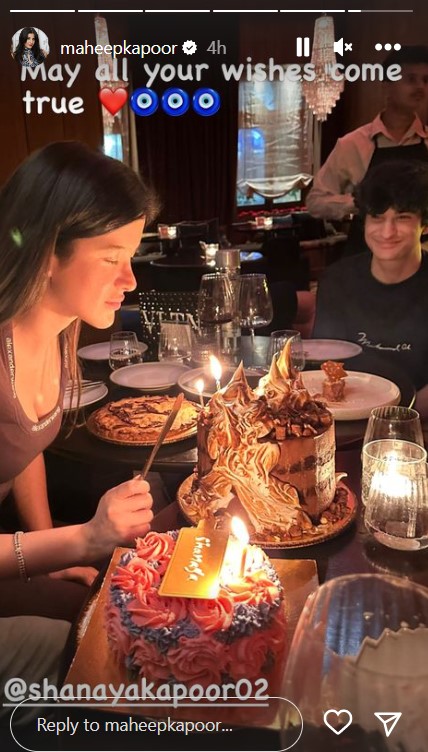 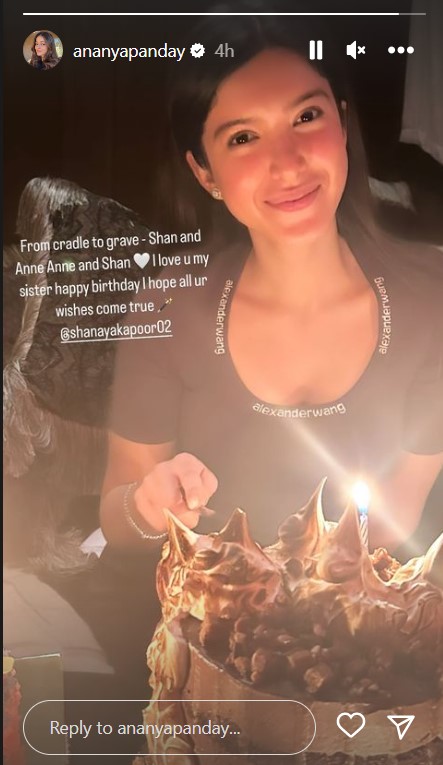 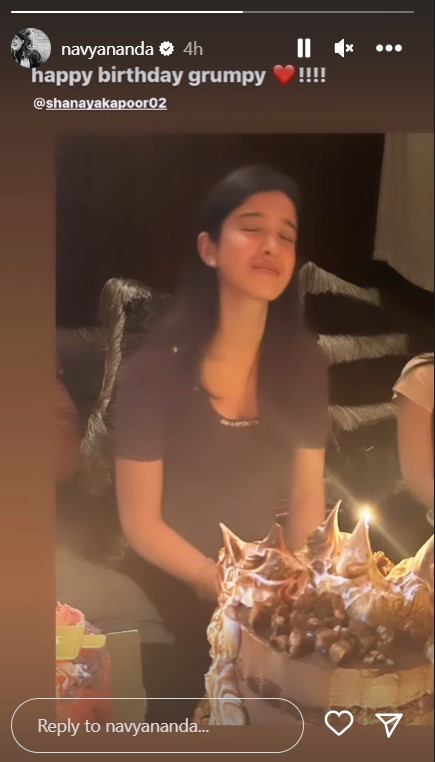 Shanaya Kapoor, who has over 1.4 million Instagram followers, started her career as an Assistant Director for the film Gunjan Saxena: The Kargil Girl. This film features actor Janhvi Kapoor in the lead role who happens to be Shanaya’s cousin.

Shanaya Kapoor is all set to make her Bollywood debut with Dharma production's Bedhadak soon.

Suhana Khan's Chanel backpack can be counted on as...