Alia Bhatt and Ranbir Kapoor starrer Brahmastra is getting appreciation from all corners. Alia Bhatt and Ranbir Kapoor's Brahmastra hit the theatres on September 9, 2022, and is receiving a massive response from audiences. It has managed to make big numbers so far at the box office. Ayan Mukerji's directorial also stars Mouni Roy, Amitabh Bachchan and Nagarjuna Akkineni in key roles. Shah Rukh Khan has also made a cameo appearance in Brahmastra. The film serves as the first installment of a planned trilogy, which is itself planned to be part of a cinematic universe titled Astraverse.

Now, Alia, Ranbir and Ayan were clicked in the city as they stepped out to promote Brahmastra at Dharma Productions office in Mumbai. In the photos, the mom-to-be looked beautiful as ever as she wore a pink ethnic attire. Ranbir donned casual attire as he wore a grey T-shirt and blue denim jeans. He also added a beanie and looked charming as usual. Ayan, on the other hand, twinned with Alia in pink. The Brahmastra trio was all smiles as they posed for the shutterbugs. 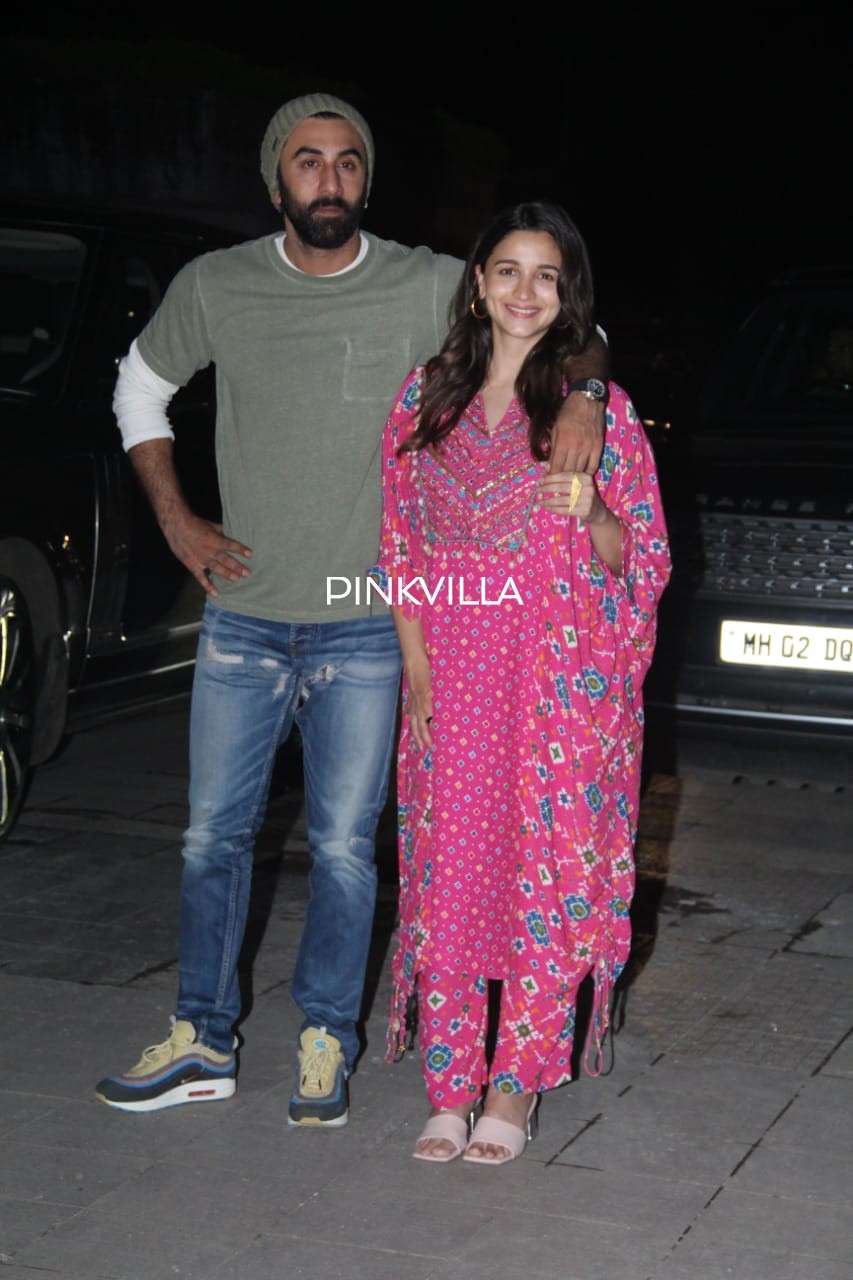 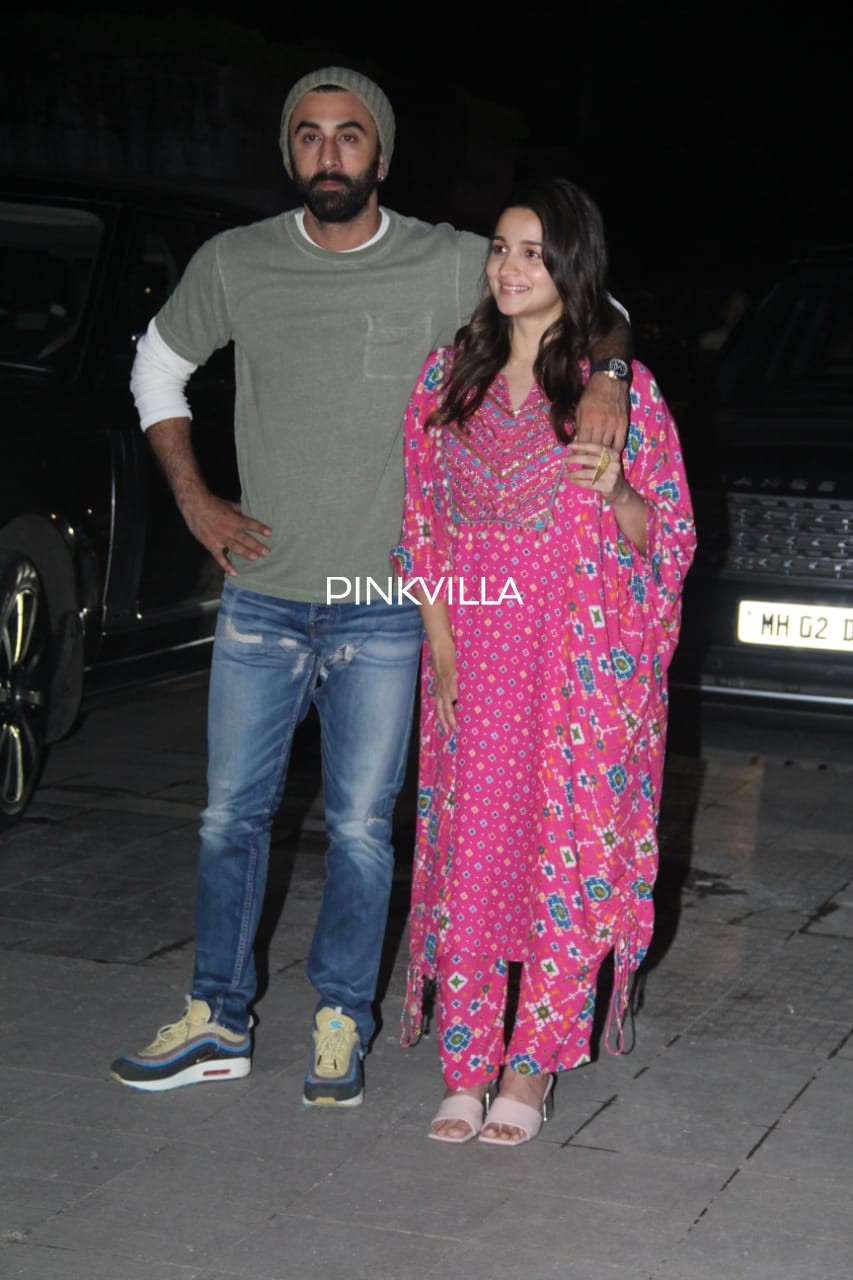 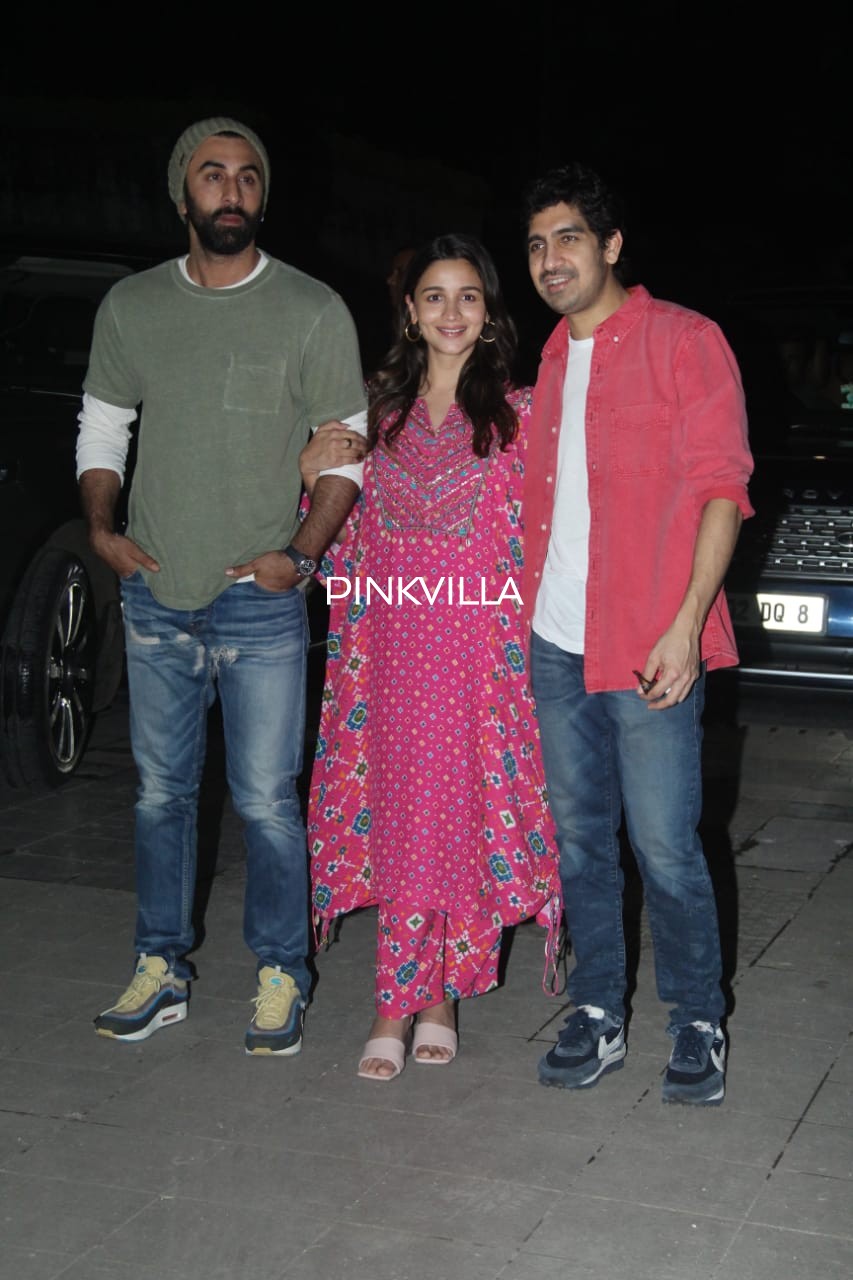 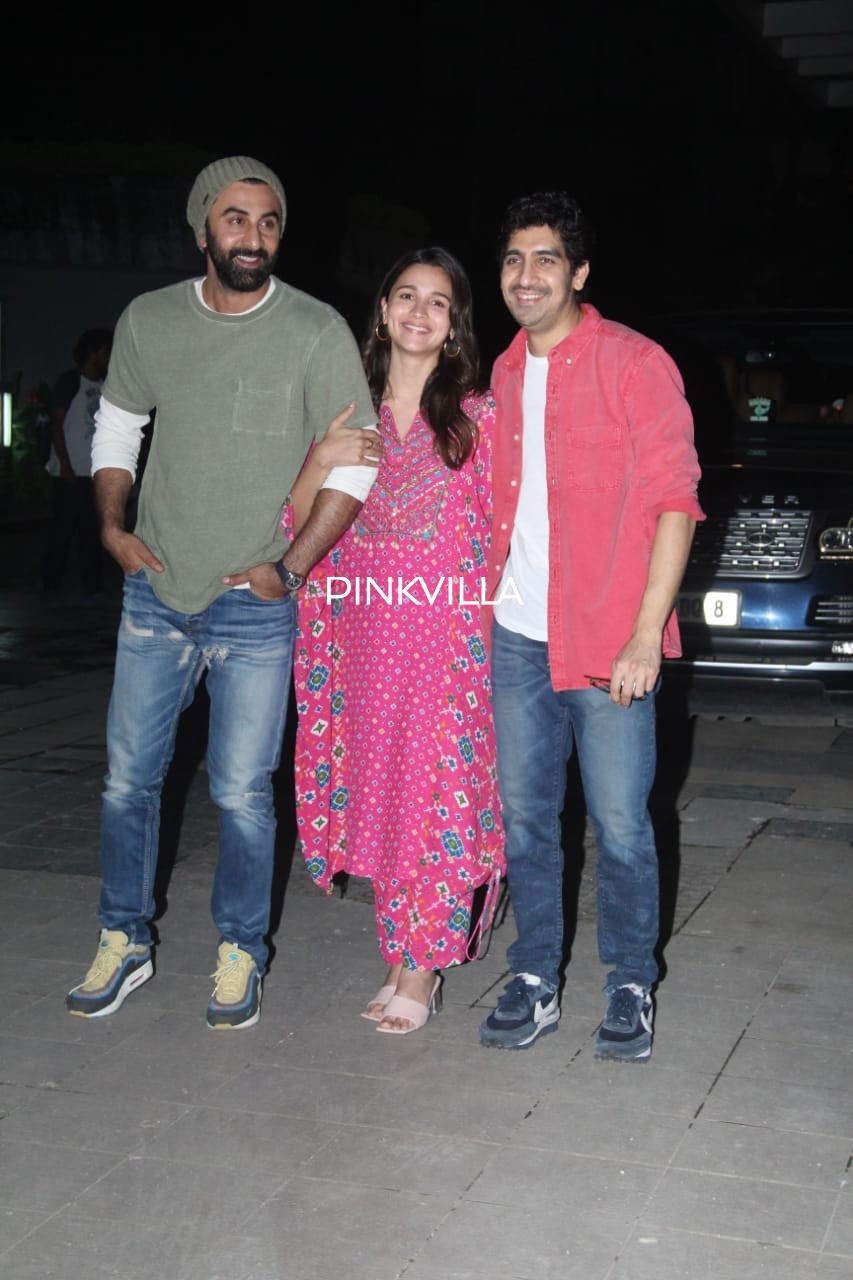 Brahmastra Part One: Shiva was released in five languages - Hindi, Tamil, Telugu, Kannada, and Malayalam. It is bankrolled by Star Studios, Dharma Productions, Prime Focus, and Starlight Pictures. Brahmastra marks Alia and Ranbir's first on-screen collaboration together. The duo are portraying the role of Shiva and Isha in the film.

On the work front, Ranbir and Alia have many interesting projects in their pipeline. The actress will star in Farhan Akhtar's Jee Le Zaraa and Rocky Aur Rani Ki Prem Kahani. Alia will also be making her Hollywood debut with the film, Heart Of Stone.

Ranbir, on the other hand, will star next in Sandeep Reddy Vanga's Animal co-starring Rashmika Mandanna. The Ae Dil Hai Mushkil actor also has Luv Ranjan's yet-to-be title film with Shraddha Kapoor in the pivotal role.

Anonymous
Sep 19, 2022 08:23 PM
if they are still promoting even 10 days after release that means they need to sell more tickets to break even.
0 REPLY See More answers
View more comments