Saif Ali Khan is enjoying the success of his recently released film Vikram Vedha. The film which also stars Hrithik Roshan has received a huge thumbs up from the fans. It was released on September 30 and kept trending on social media. Well, looks like the actor has also celebrated the success and bought himself a new swanky car. The couple, Saif and Kareena Kapoor Khan was spotted at their residence welcoming the new car. Jehangir Ali Khan was also spotted with them.

Kareena wore a simple striped pyjama paired with a black colour t-shirt. She kept her hair tied in a bun style and completed the look with a digital watch. She was surely looking very stylish and beautiful even in simple casual look. And Saif was spotted in his usual white colour kurta pyjama look. He even greeted the shutterbugs and smiled at them. Jehangir was also seen with mummy Kareena. She was holding her son and watching the car.

Talking about Vikram Vedha, the film is a Hindi remake of a Tamil film with the same name. It starred R Madhavan and Vijay Sethupathi. The film story is expected to be inspired by the Indian folktale Baital Pachisi. Vikram is a police inspector who sets out to track down and kill Vedha, a gangster. After Vedha voluntarily surrenders himself, he tells Vikram three stories that change his perceptions of good and evil. 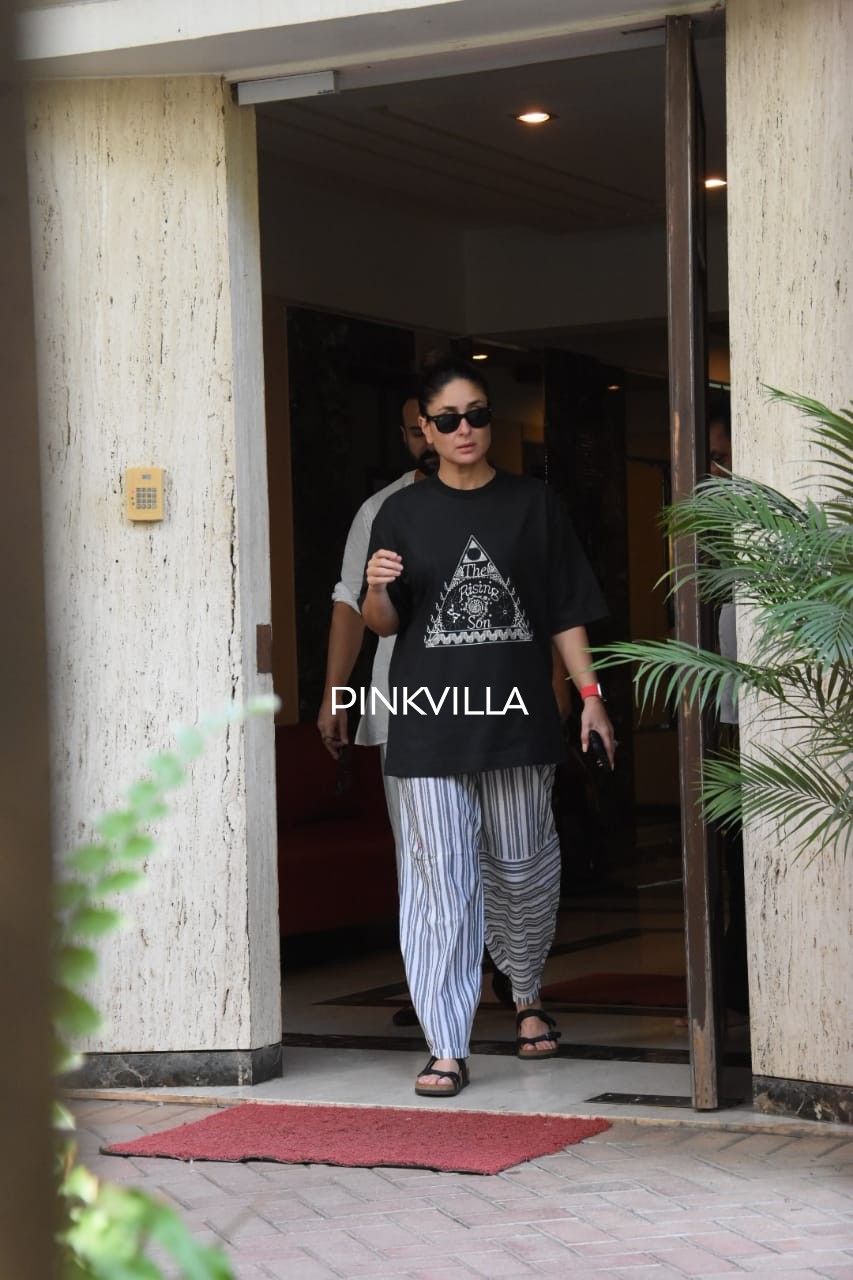 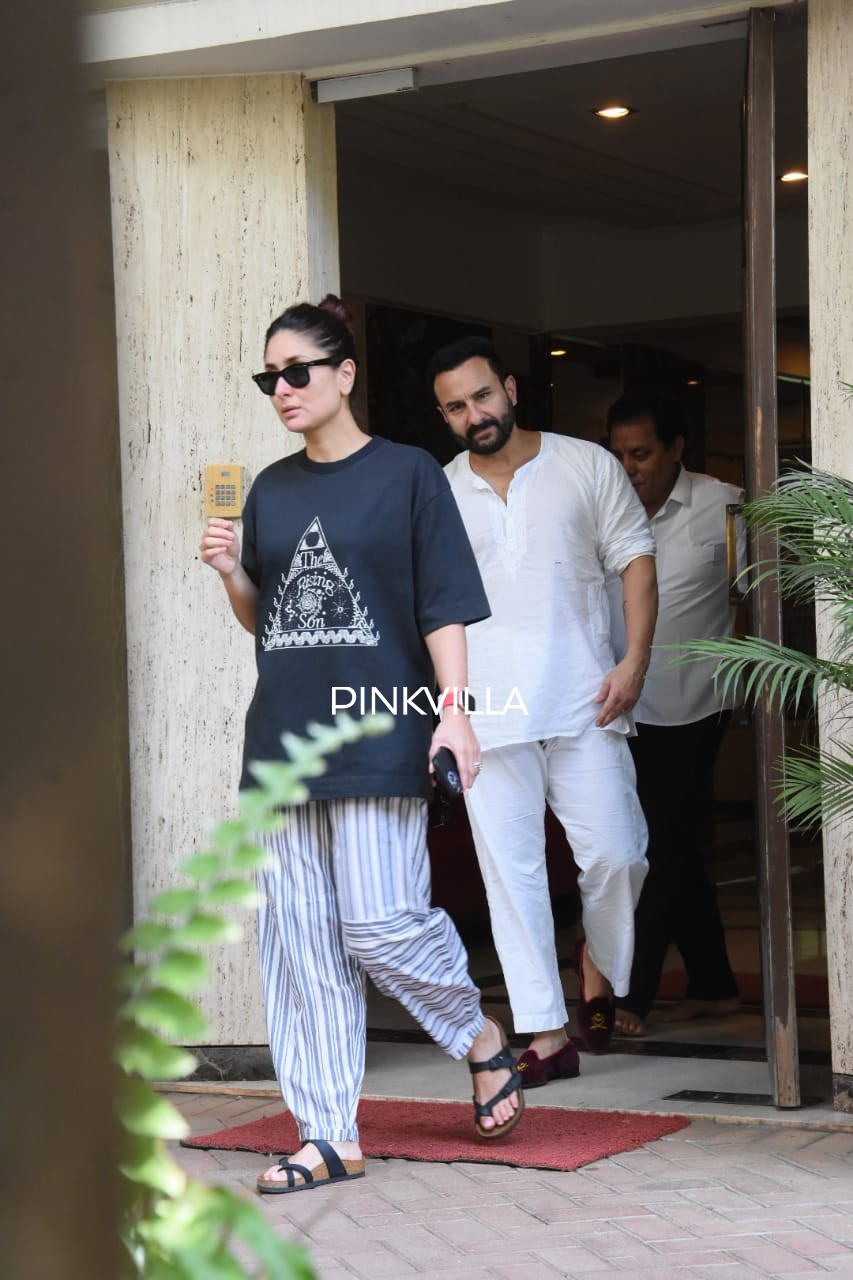 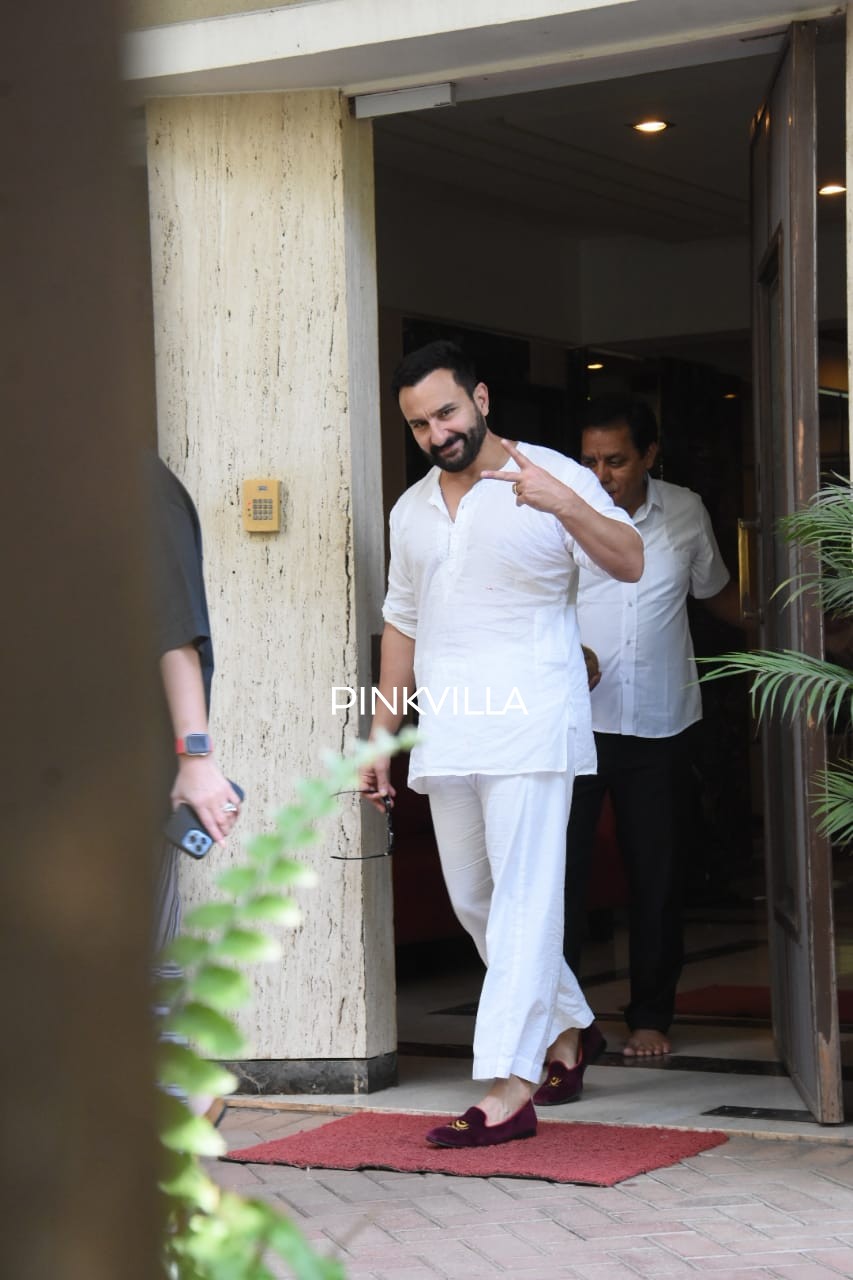 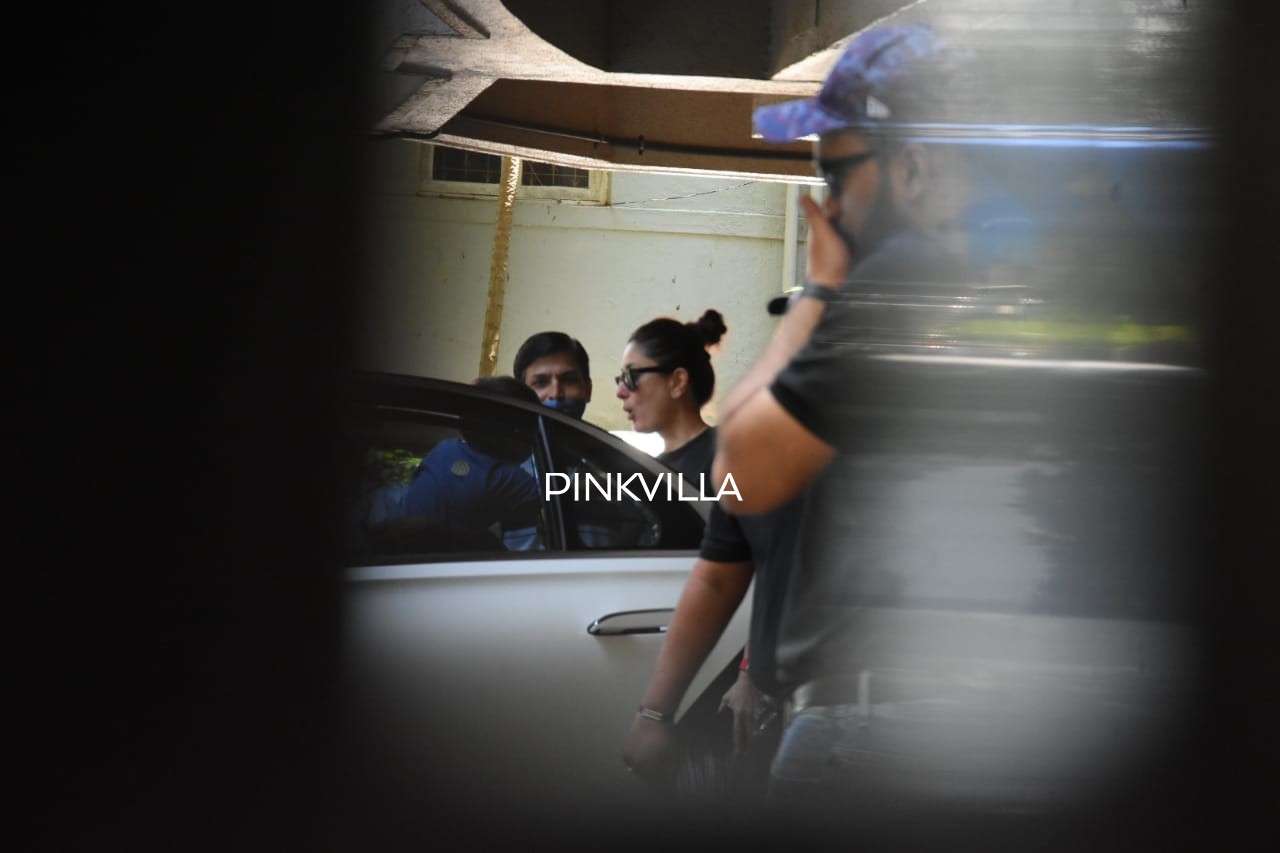 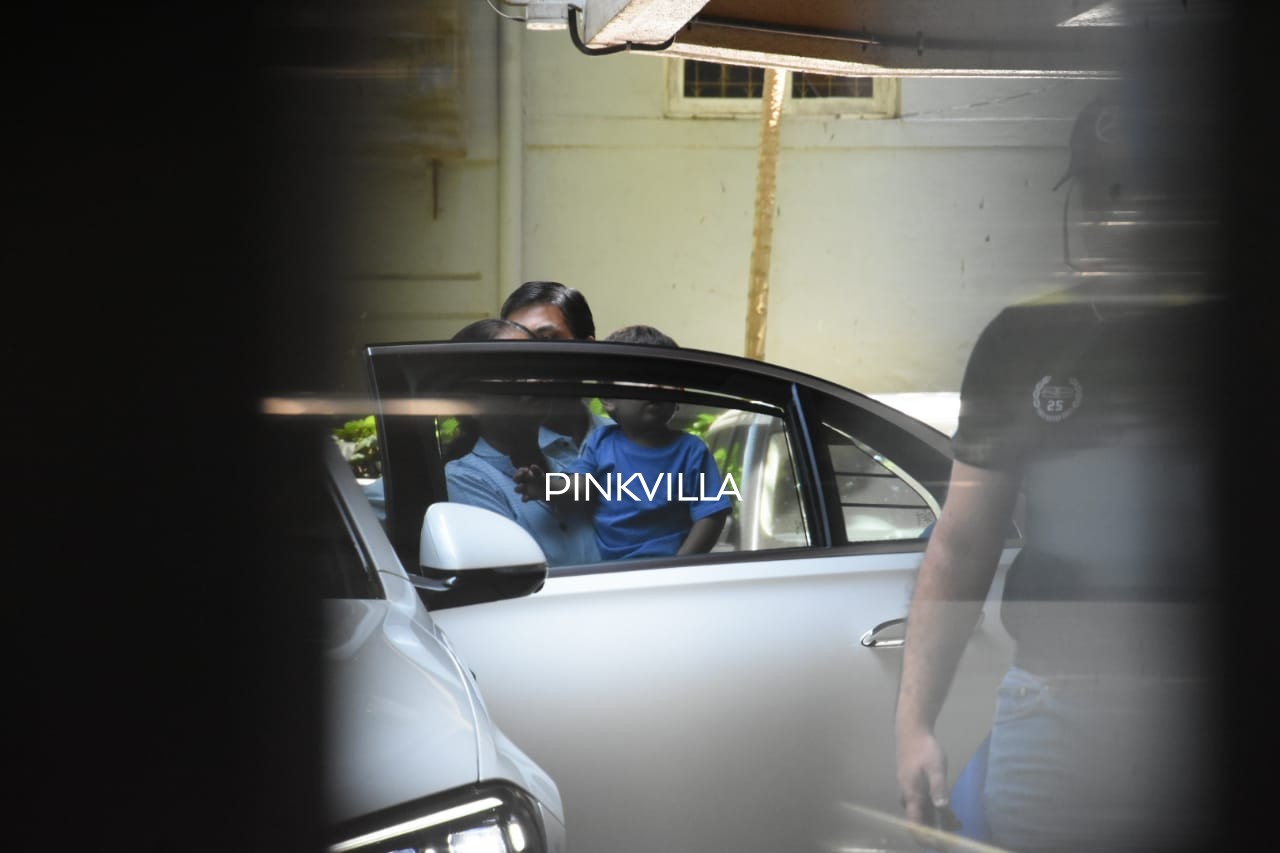 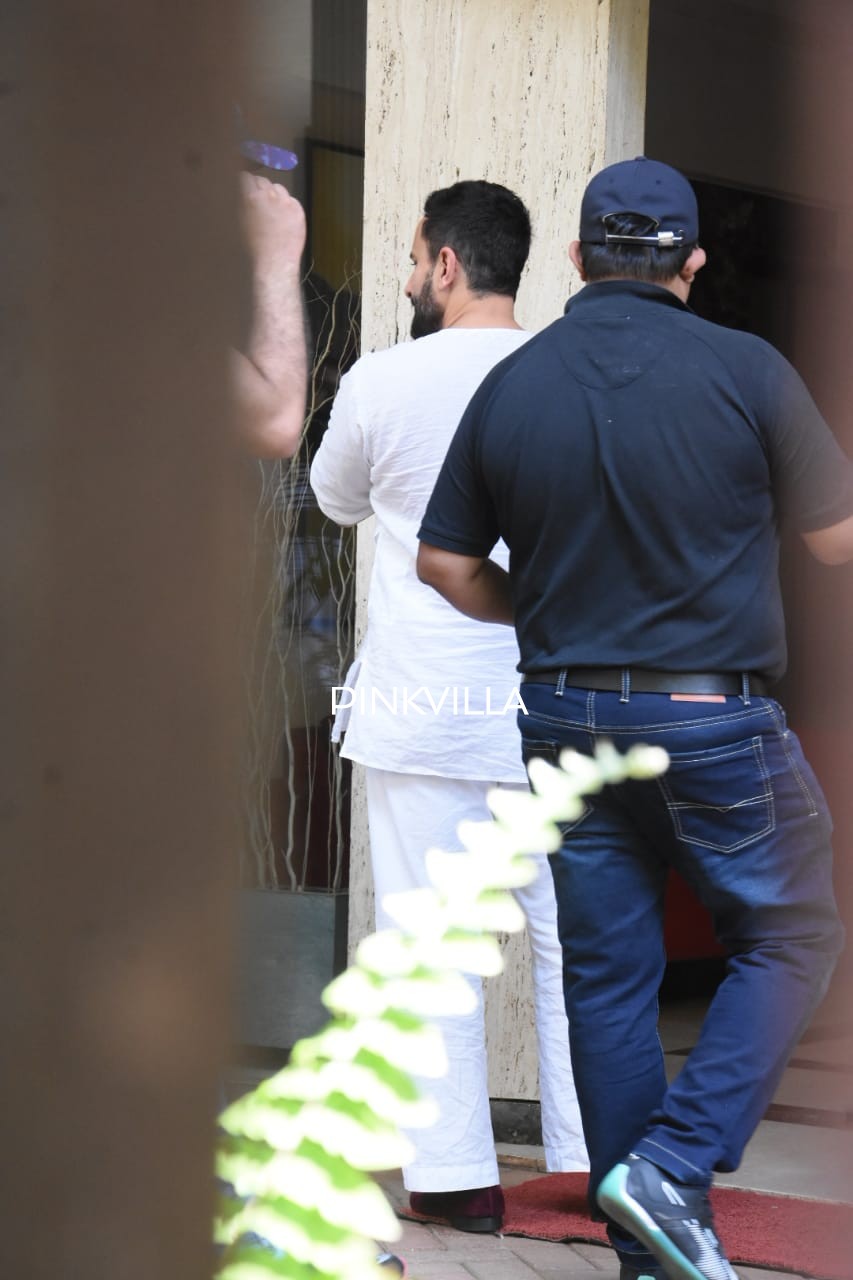 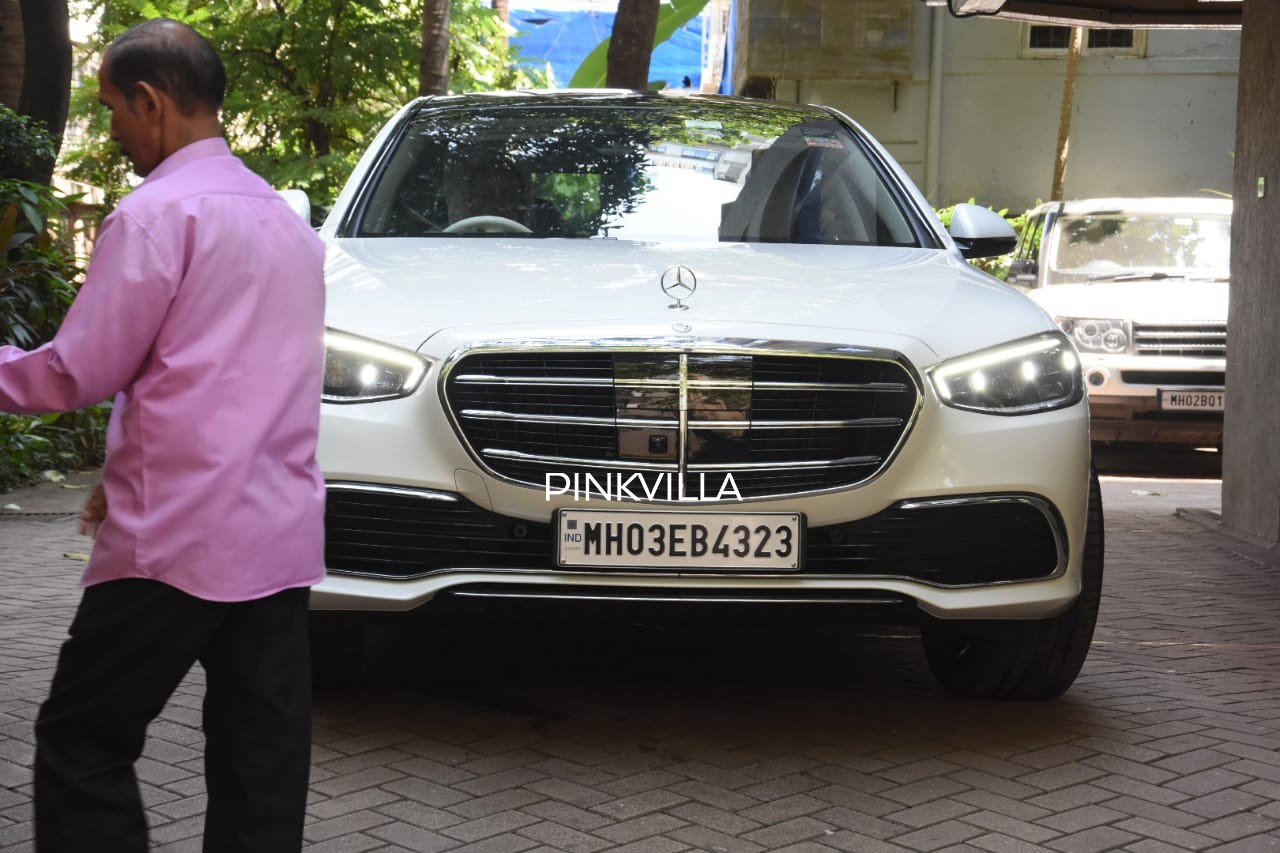 Kareena Kapoor Khan was last seen in Laal Singh Chaddha with Aamir Khan. She will be soon making her digital debut in Sujoy Ghosh's thriller. It is based on the Japanese book 'The Devotion of Suspect X'. Apart from this, she will also collaborate again with Rhea Kapoor.