Arjun Kapoor recently shared a picture of his girlfriend on his Instagram story, with a lovely caption. Arjun Kapoor and Malaika Arora are one of the most loved couples in Bollywood. The couple, who have been dating each other for a long time, made their relationship ‘Instagram official’ a couple of years back. Even since the relationship was made official, Arjun Kapoor and Malaika Arora have been grabbing the limelight very often with their adorable PDA. The power couple often shares posts with each other on social media, to the delight of their fans and followers.

Recently, Arjun Kapoor took to his official Instagram handle and shared a story, which had a lovely picture of his ladylove Malaika Arora. Arjun, who is shooting in London for his upcoming untitled film, stepped out for a dinner date with his girlfriend Malaika in the KOYN London restaurant. “Great Host @samyuktanair. Amazing Food @koynlondon. Best Company @malaikaaroraofficial,” wrote Arjun Kapoor in his story. In the picture, Malaika Arora is seen in a black jacket, which she paired up with a wristwatch, a statement ring, and no make-up look. The actress is also flaunting her tattoo, which reads ‘Love…’ in the picture. 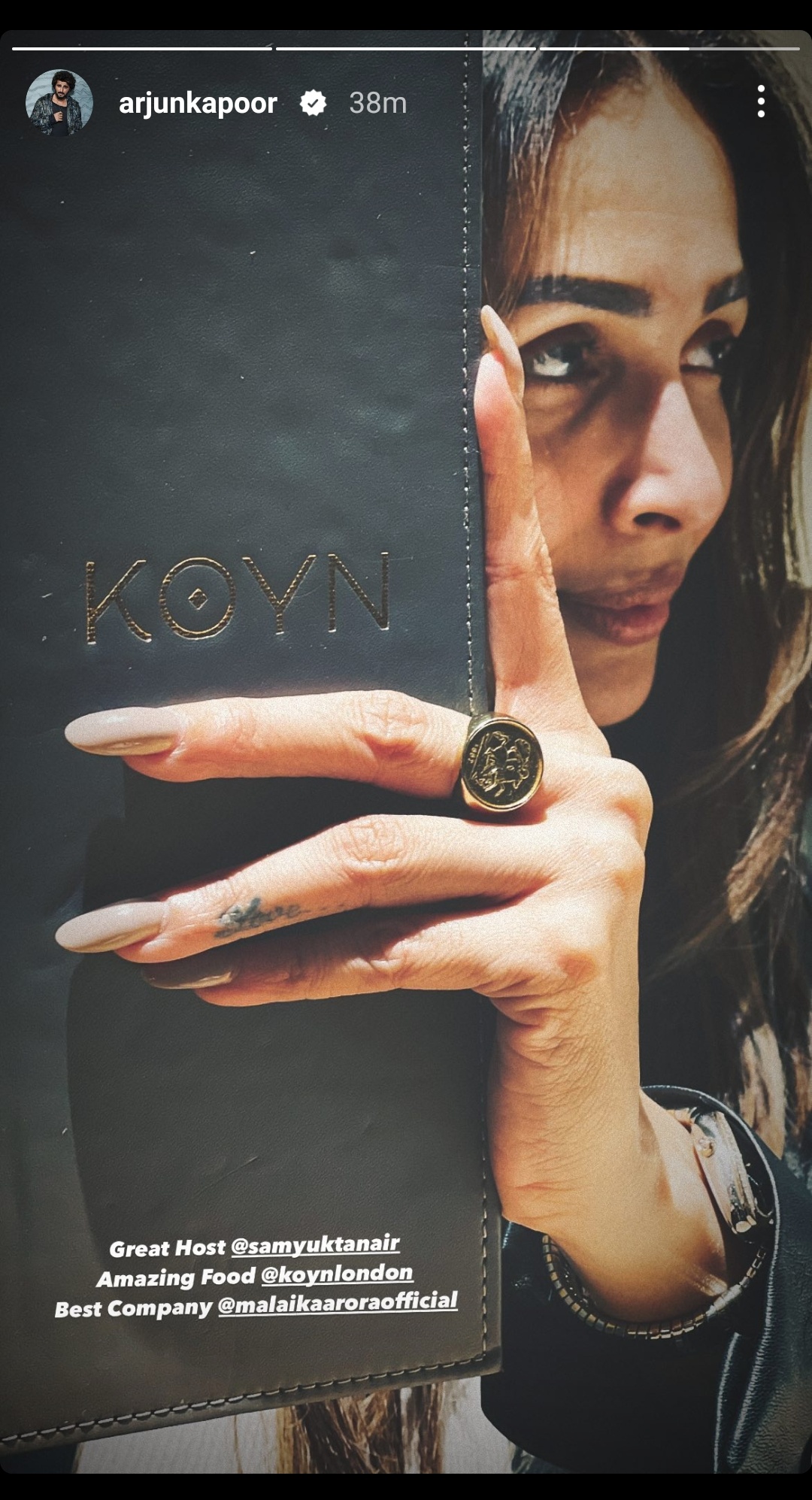 In a recent interview, Malaika Arora opened up about her relationship with Arjun Kapoor, and called him ‘the best boyfriend.’ She revealed that the actor is her biggest cheerleader, and added that he is also her best friend. According to Malaika Arora, Arjun Kapoor is someone who gets her and understands her. The actress stated that she can be completely herself around him, and also added that she can talk to Arjun about anything under the sun without inhibitions.

Coming to the work front, Arjun Kapoor recently wrapped up the shooting of his upcoming film The Lady Killer. The actor is sharing the screen with Bhumi Pednekar for the first time in the film, which is touted to be a romantic thriller. He is currently shooting for his upcoming untitled romantic comedy, which features Bhumi Pednekar and Rakul Preet Singh as the female leads, in London. Malaika Arora, on the other hand, is gearing up to star in a new reality series named ‘The Arora Sisters’ with her younger sister Amrita Arora.