No dearth of content to watch in the Pataudi household this weekend! Soha joked that if fans don’t get tickets for Saif’s Vikram Vedha, they should watch Hush Hush at home. “If you don't get tickets to see #VikramVedha this weekend you can see #hushhush on @primevideoin,” wrote Soha. Check out her Instagram story below. 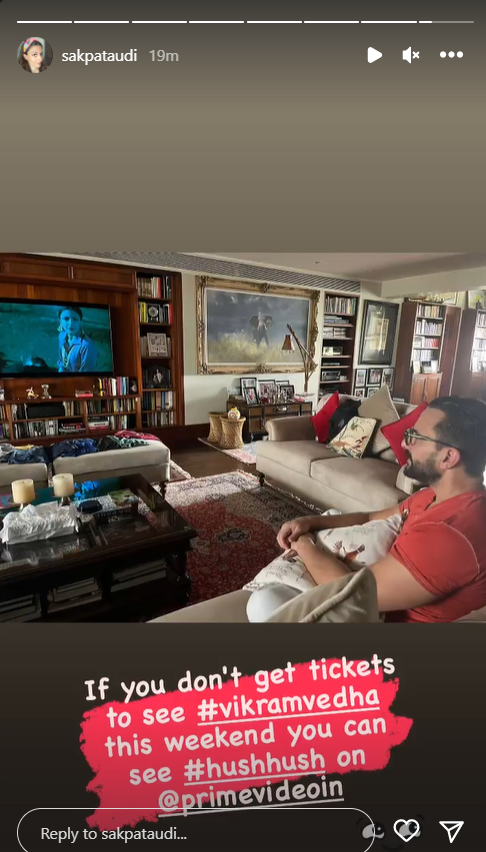 Directed by Pushkar-Gayatri, Vikram Vedha is an official Hindi remake of the Tamil film by the same name. It stars Hrithik Roshan and Saif Ali Khan in the lead roles and also features Radhika Apte and Rohit Saraf in key roles.