PICS: Aamir Khan, in his grey look with a pillow, gets clicked at airport with ex-wife Kiran Rao, son Azad

he paparazzi captured Aamir Khan, Kiran Rao and their son Azad at the Mumbai airport earlier today. They were seen happily posing for the pictures.

PICS: Aamir Khan, in his grey look with a pillow, gets clicked at airport with ex-wife Kiran Rao, son Azad Superstar Aamir Khan was seen arriving at the Mumbai airport earlier today. He was seen accompanied by his ex-wife Kiran Rao and their son Azad. The trio is often clicked together. Recently, they were seen attending Aamir’s daughter Ira Khan’s engagement ceremony. The actor, who has donned a salt-and-pepper look, also danced his heart out at the party.

Aamir Khan gets clicked with Kiran Rao and Azad

The paparazzi captured Aamir, Kiran and their son at the airport. They were seen happily posing for the pictures. Aamir was seen sporting a dark blue t-shirt and black trousers. But it was his new look that caught our attention. Like always, he didn’t forget to carry his most favourite companion, a pillow. Every time Aamir boards a flight or gets clicked at the airport, he is seen carrying his pillow. On the other hand, Kiran was seen wearing a white t-shirt and a black skirt while Azad looked adorable as he twinned with her in a colour-coordinated outfit. Have a look: 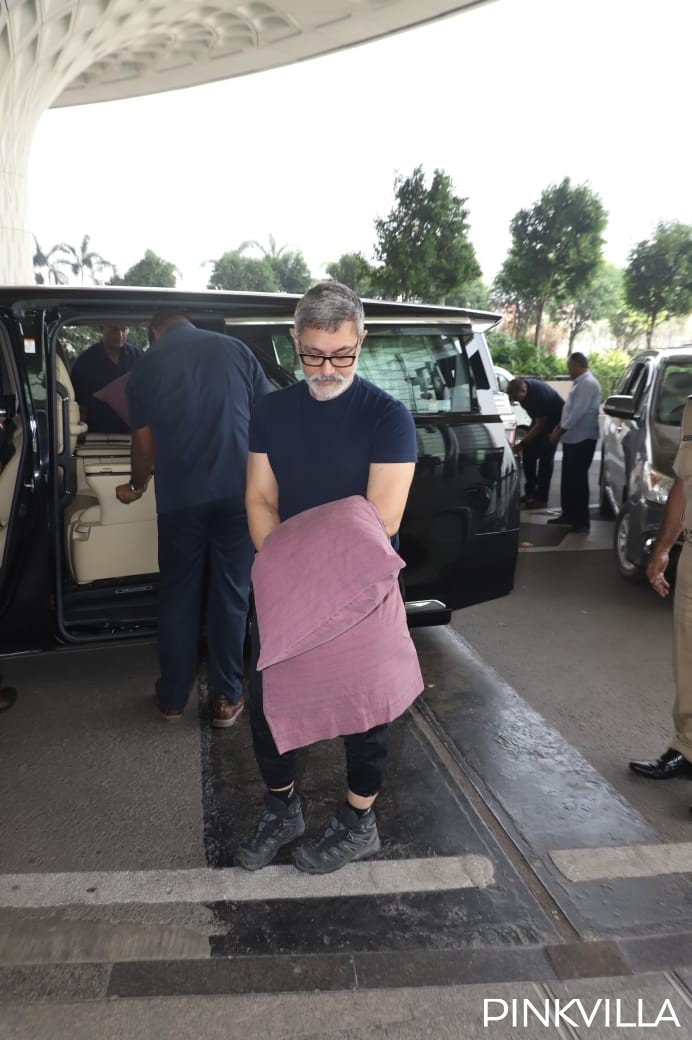 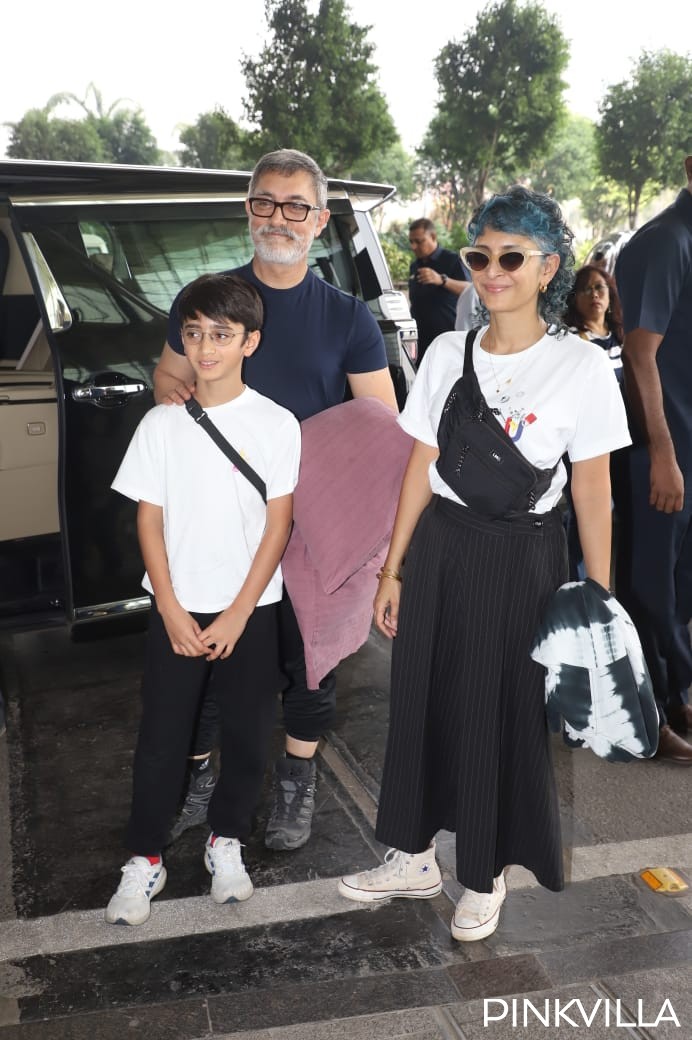 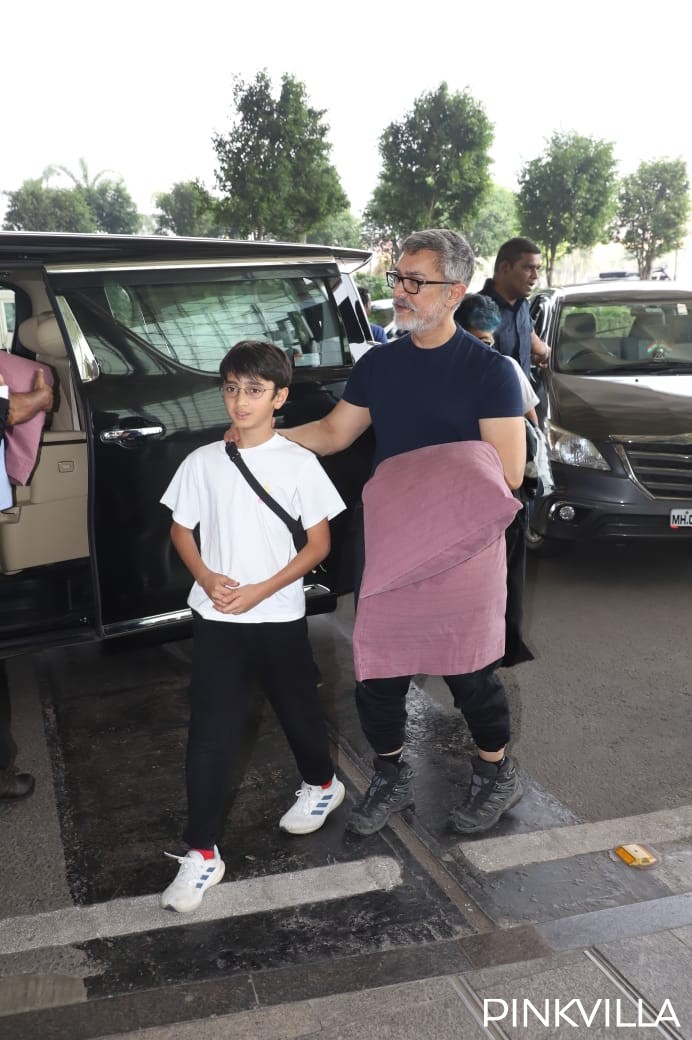 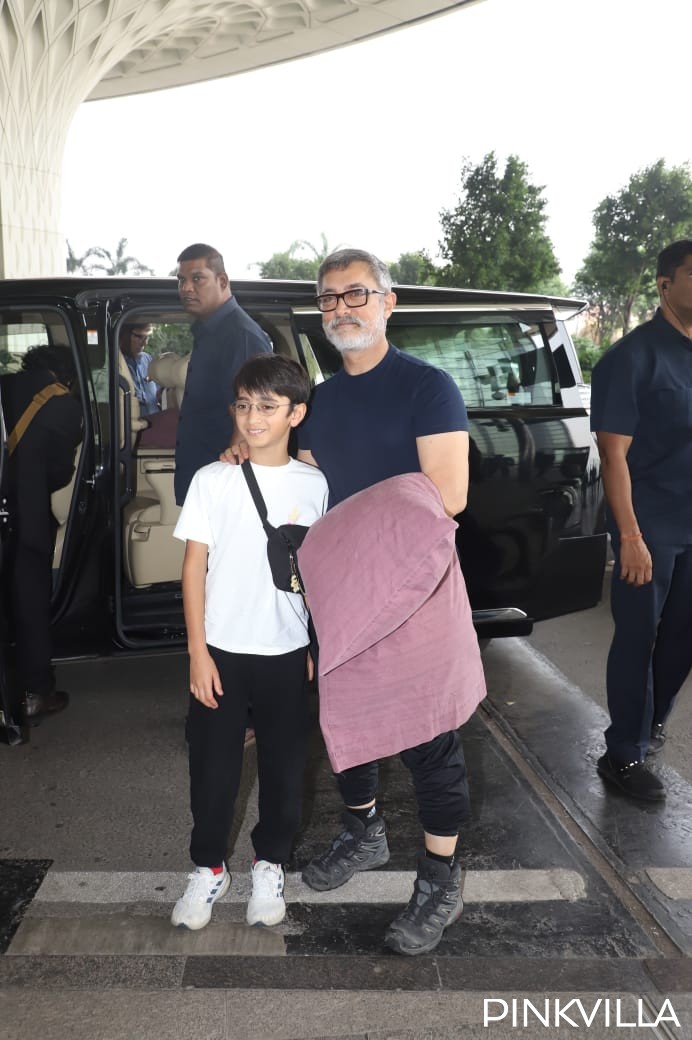 In 2021, Aamir and Kiran ended their 15 years of marriage. They released a joint statement and said that they will continue to raise their son together. A part of their note read, “In these 15 beautiful years together we have shared a lifetime of experiences, joy and laughter, and our relationship has only grown in trust, respect and love. Now we would like to begin a new chapter in our lives - no longer as husband and wife, but as co-parents and family for each other. We began a planned separation some time ago, and now feel comfortable to formalise this arrangement, of living separately yet sharing our lives the way an extended family does. We remain devoted parents to our son Azad, who we will nurture and raise together.”

Recently, Aamir and Kiran were seen attending the ceremony with family and friends. Aamir’s nephew Imran Khan, who quit acting, also made a rare appearance. Celebs like Fatima Sana Shaikh, Vijay Varma, Ashutosh Gowariker and others were also seen marking their presence. Ira and Nupur have been together for a while now. They decided to take their relationship to next level recently after Nupur proposed to Ira at an event.

Recently, Aamir revealed that he is taking a break from acting to be with his family. At an event recently, he said, “When I am doing a film as an actor, I get so lost in that that nothing else happens in my life. I was supposed to do a film after Laal Singh Chaddha called Champions. It’s a wonderful script, a beautiful story, and it’s a very heartwarming and lovely film. But I feel that I want to take a break, be with my family, with my mom, my kids. I feel I have been working for 35 years and I have single-mindedly been focused on my work. I feel that it’s not fair to people who are close to me. This is the time I feel I have to take some time off to be with them and actually experience life in a different way. I am looking forward to the next year, a year-and-a-half in which I am not working as an actor.”

ALSO READ: Aamir Khan takes us back to the 90s as he dances to ‘Papa Kehte Hai’ at Ira Khan’s engagement; Video

Photos: Aamir Khan and Kiran Rao dress up as Obeli...

Aamir Khan cuts his birthday cake with Kiran Rao a...

Aamir Khan's candid moments with son Azad is sure ...

Aamir Khan has special plans for wife Kiran Rao on...

Little Azad is adorbs as he revels in Diwali with ...