PICS: Ranbir Kapoor and Alia Bhatt make their first appearance with daughter Raha as they take her for a walk

On Friday morning, the new parents in town, Ranbir Kapoor and Alia Bhatt were seen taking their daughter Raha for a walk near their house. Ranbir Kapoor and Alia Bhatt, who got married in April 2022, welcomed their first baby girl in November 2022. After welcoming their little bundle of joy, Alia took to her Instagram handle and revealed her name. The couple has named their daughter, Raha. Fans are eagerly waiting to see Raha's first pictures. On Friday morning, the new parents in town were seen taking their daughter for a walk near their house. The trio was accompanied by Shaheen Bhatt.

For the first time, Ranbir and Alia were spotted with Raha. In the pictures, Ranbir, Alia and Shaheen are seen twinning in black while baby Raha has donned winter outfits. They have put baby Raha in her pram while Ranbir is seen holding it. They are seen enjoying the walk near their building Vastu. The pictures have taken the Internet by storm. Have a look: 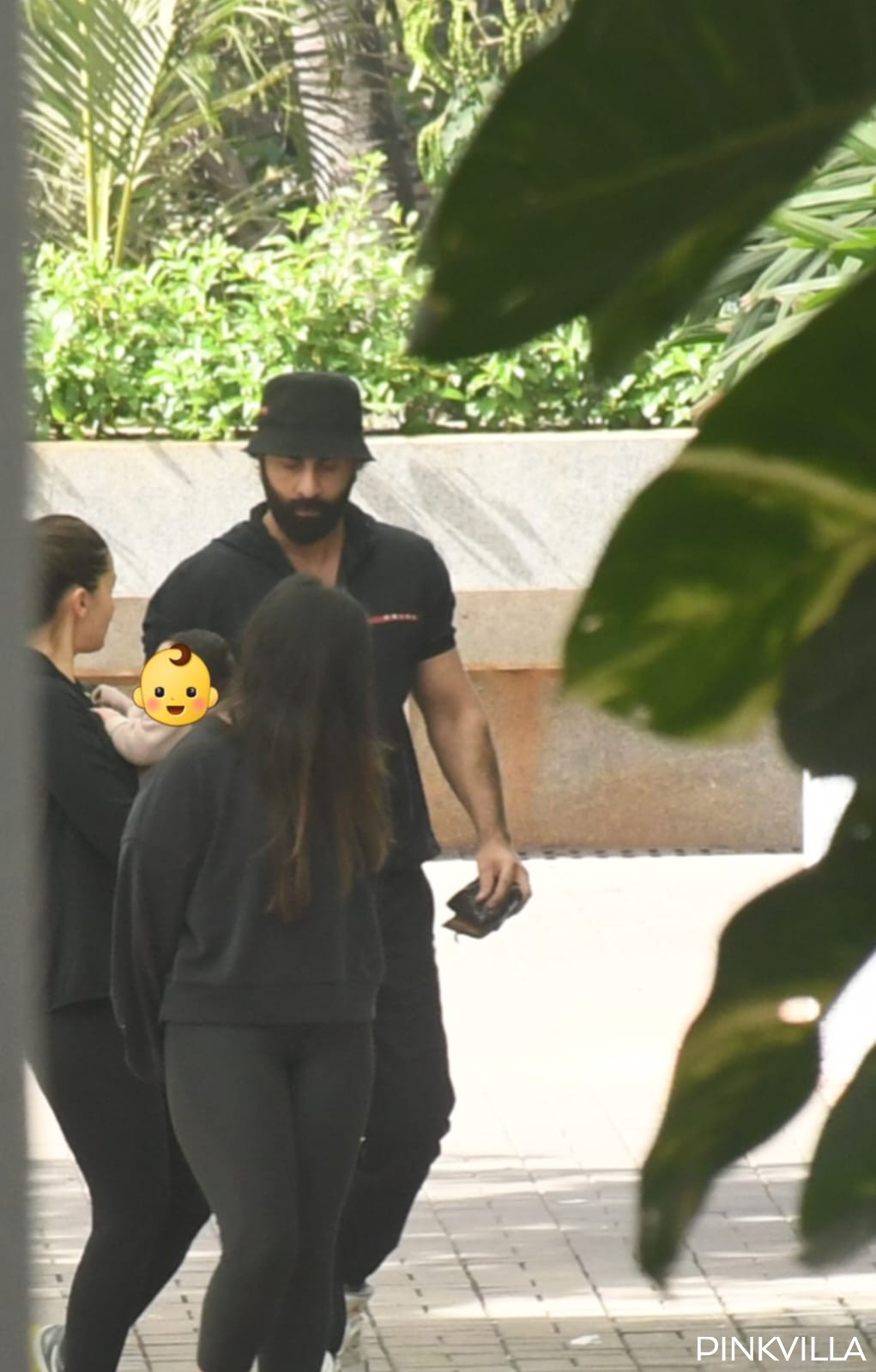 Soon after the pictures were shared on social media, fans went gaga over them. One of the fans commented, "Happy family." Another fan wrote, "Beautifull family."

Recently, Alia and Ranbir along with Neetu Kapoor hosted a get-together for the paparazzi. They showed pictures of Raha to the photographers. Soon after they revealed the pictures, they requested them to not click Raha's pictures. The couple also asked them to hide Raha's face with emojis.

Alia Bhatt and Ranbir Kapoor introduce Raha to the world

While announcing the name of their daughter, Alia posted an adorable family picture. In the picture, the couple was seen holding Raha while a jersey with her name was displayed on the wall. Along with it, Alia penned a long note that read, "The name Raha (chosen by her wise and wonderful Dadi) has so many beautiful meanings…Raha, in its purest form means divine path in Swahili she is Joy, In Sanskrit, Raha is a clan, In Bangla - rest, comfort, relief, in Arabic peace, it also means happiness, freedom & bliss. And true to her name, from the first moment we held her - we felt it ALL! Thank you Raha, for bringing our family to life, it feels as though our lives have only just begun."

Alia is all set to be seen in Rocky Aur Rani Ki Prem Kahani with Ranveer Singh. She also has Jee Le Zaraa with Katrina Kaif and Priyanka Chopra. This year, she will make her Hollywood debut with Heart of Stone alongside Gal Gadot. On the other hand, Ranbir has Animal in the pipeline with Rashmika Mandanna. He also has Tu Jhoothi Main Makkaar with Shraddha Kapoor.

Anonymous
Jan 14, 2023
RK was totally corners or bullied into marrying this women child , by his mother Neetu. Imagine is Rishi Kapoor mother did not let him marry Neetu.
0 REPLY

Anonymous
Jan 13, 2023
RK needs his fix to be cheerful/jumpy/excited.. else he\'s always dull.. its a known fact in the industry..
0 REPLY

Anonymous
Jan 13, 2023
We no longer post because you delete old posts and block new posts
0 REPLY