Varun Dhawan and Kriti Sanon are the lead actors in upcoming film Bhediya. Varun Dhawan and Kriti Sanon will be soon seen on the big screen. The trailer of their film Bhediya is yet to be released. A few days back their pictures from the sets had gone viral. Varun had also shared a video in which he and Kriti were seen rehearsing for the song. And today the actors were clicked together. The upcoming horror comedy is scheduled to release on 25 November 2022.

Varun wore a denim jacket paired with jeans and a black t-shirt. He has been growing his beard for the film. And Kriti opted for a black bodycon dress. She looked beautiful with minimal makeup. She styled her hair with a center partition and had worn pencil heels. Kriti was seen teasing Varun for his beard. Bhediya is said to be the third installment in Dinesh Vijan's horror-comedy universe. Amar Kaushik directed the film which had been shot in Arunachal Pradesh and Mumbai. Abhishek Banerjee and Deepak Dobriyal are also part of the movie. 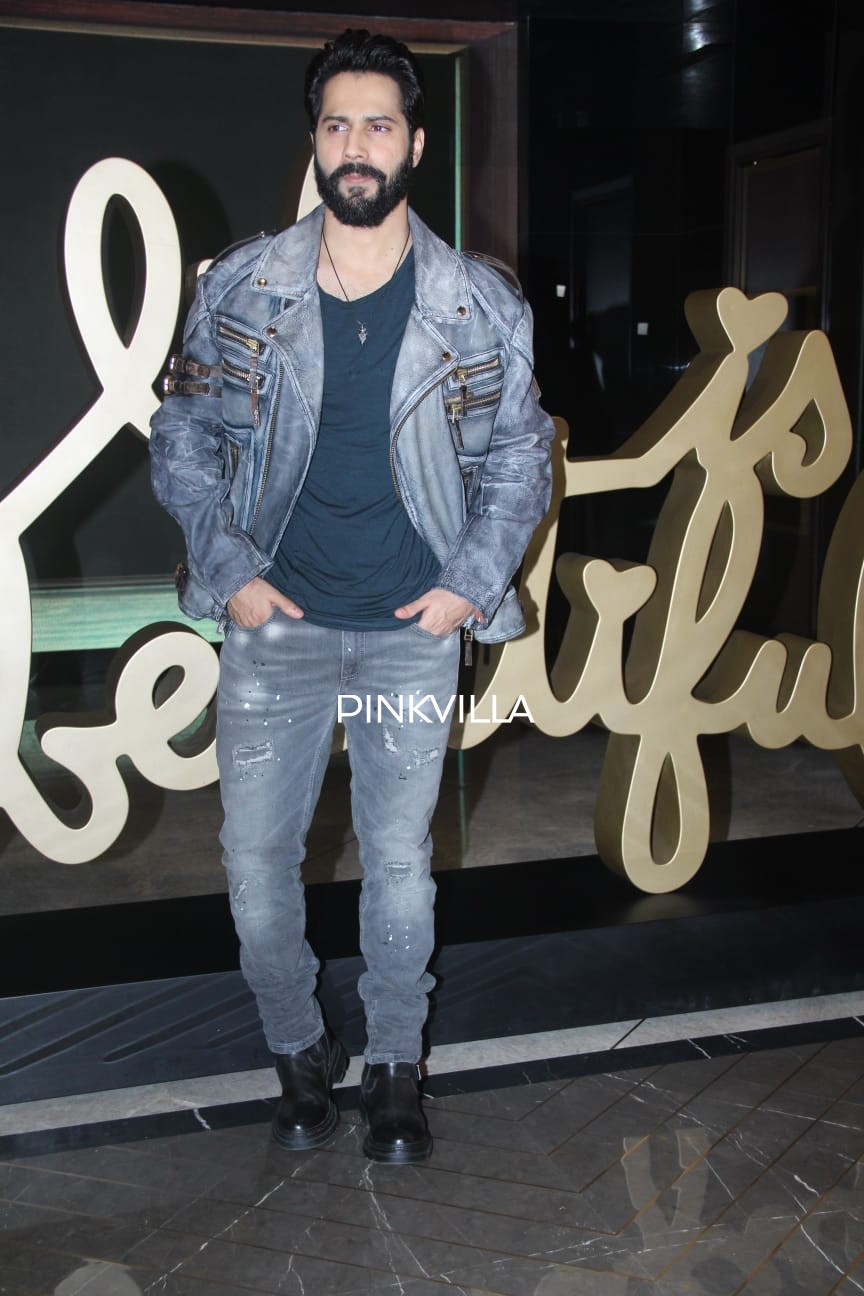 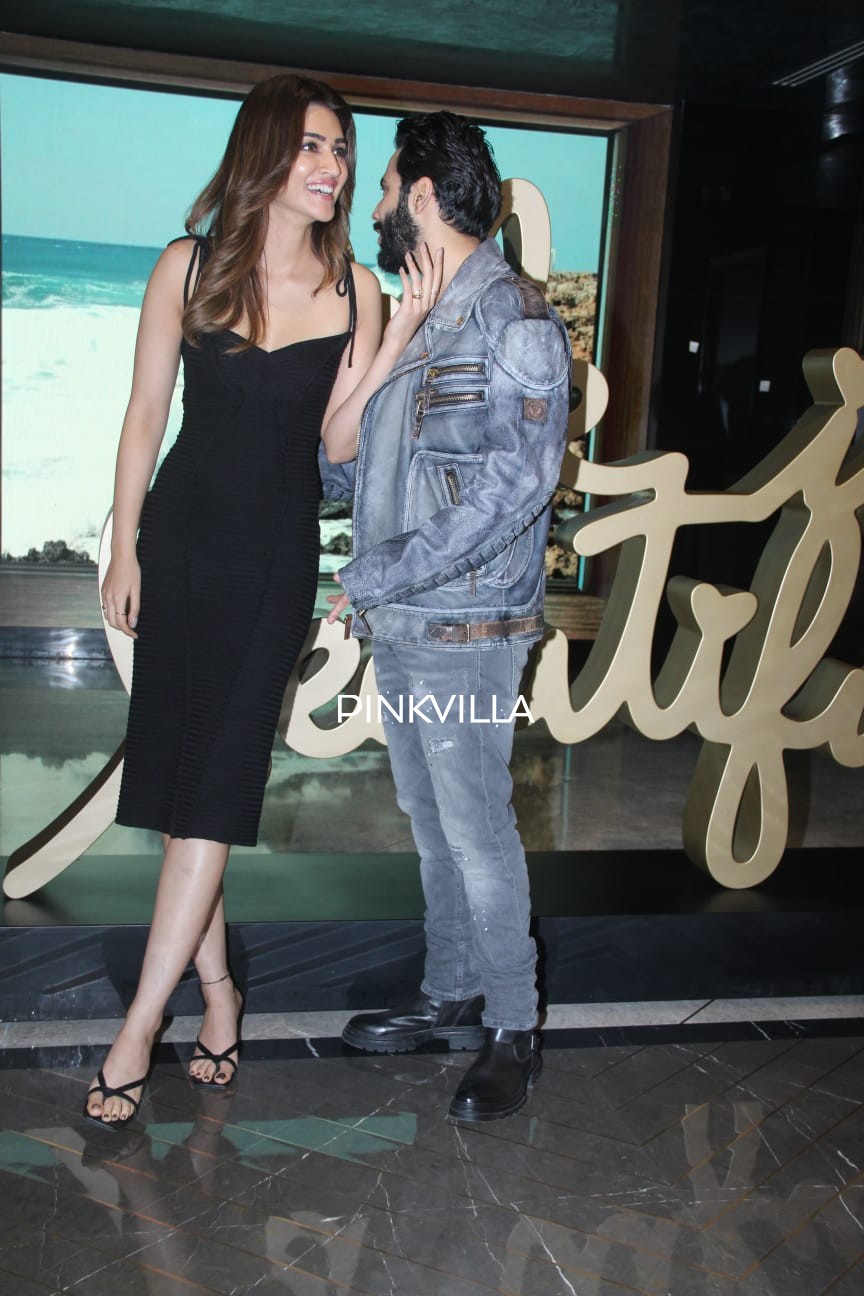 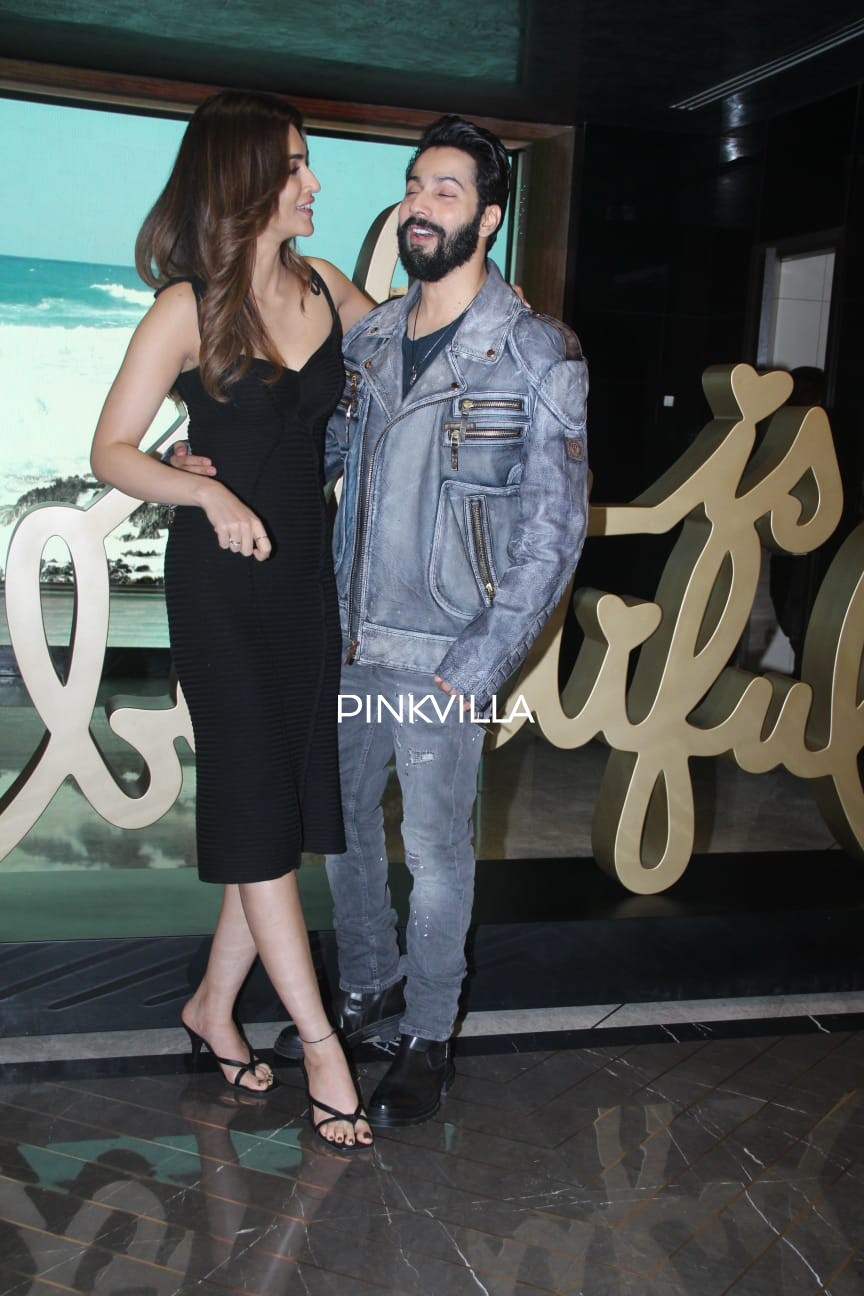 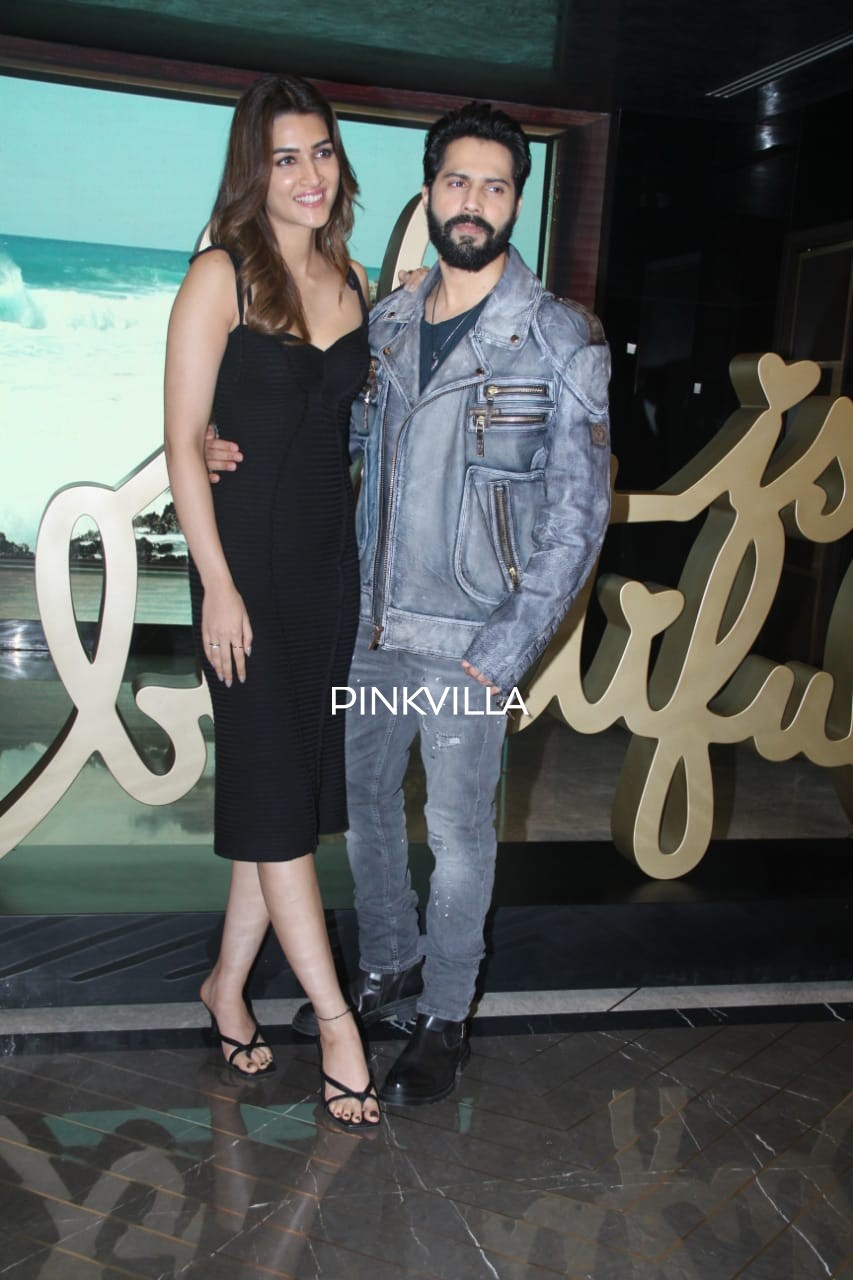 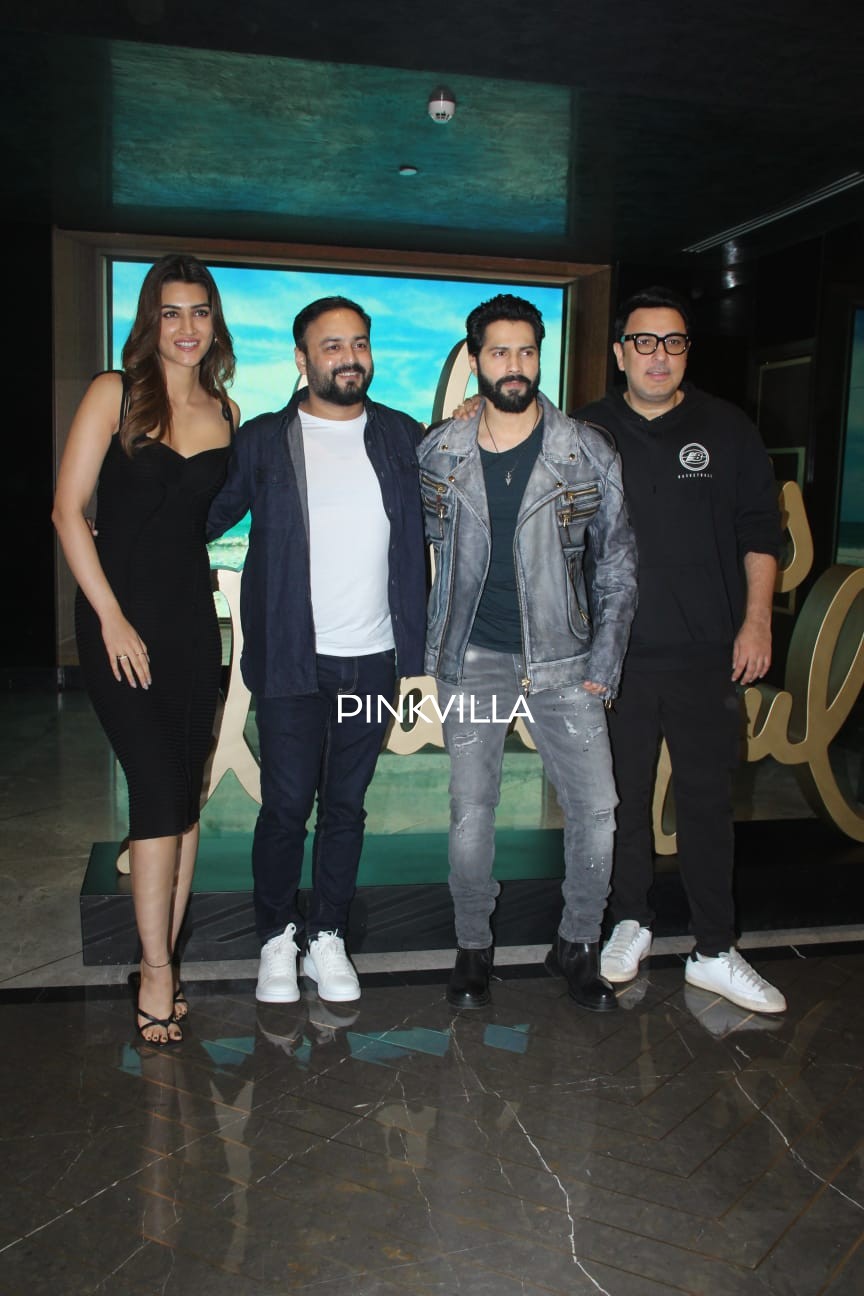 On the work front, Kriti will feature next in Shehzada co-starring Kartik Aaryan. It is the Hindi remake of the 2020 Telugu film Ala Vaikunthapurramuloo starring Allu Arjun and Pooja Hegde. She also has Adipurush with Prabhas, Saif Ali Khan, and Sunny Singh. Varun will be seen next in Bawaal alongside Janhvi Kapoor. It is helmed by Nitesh Tiwari.