Priyanka Chopra-Nick Jonas board a private jet, get ready to take off for vacay ahead of singer’s birthday

Priyanka Chopra- Nick Jonas hop on board a private jet to celebrate the latter’s 30th birthday. Priyanka Chopra-Nick Jonas board a private jet, get ready to take off for vacay ahead of singer’s birthday

Priyanka Chopra and Nick Jonas never fail to give major couple goals every time they are together. They leave no stone unturned to make each other feel extra-special, particularly on important occasions such as birthdays and their wedding anniversary. Nick Jonas will be celebrating his 30th birthday on September 16, and looks like the celebrations have begun already. Nick Jonas just took to his social media to share a glimpse, and looks like Priyanka has a grand celebration planned for Nick.

Nick Jonas shared his excitement by sharing a reel that showed him making his way to the private jet. The singer looks dashing in a black t-shirt and can be seen with sunglasses on. He then gives a glimpse of the interior of the plane, and that’s when we get a glimpse of Priyanka Chopra seated in the plane, talking on her phone. The interior is decorated with balloons and a ‘Happy Birthday’ banner, and looks like they are all ready to celebrate! Sharing the reel, Nick Jonas wrote, “Here we go… #30.” Fans were curious to know where the couple is headed to, and looks like we’ll just have to wait to find out! Take a look at the video below.

Meanwhile, Priyanka Chopra also shared a picture on her Instagram story as she geared up to celebrate Nick Jonas’ birthday. While the picture didn’t reveal a lot, the actress wrote, “Ok it’s that time! @nickjonas.” The picture shows the monogram ‘NJ 30,” referring to Nick Jonas’ 30th birthday celebration. Take a look. 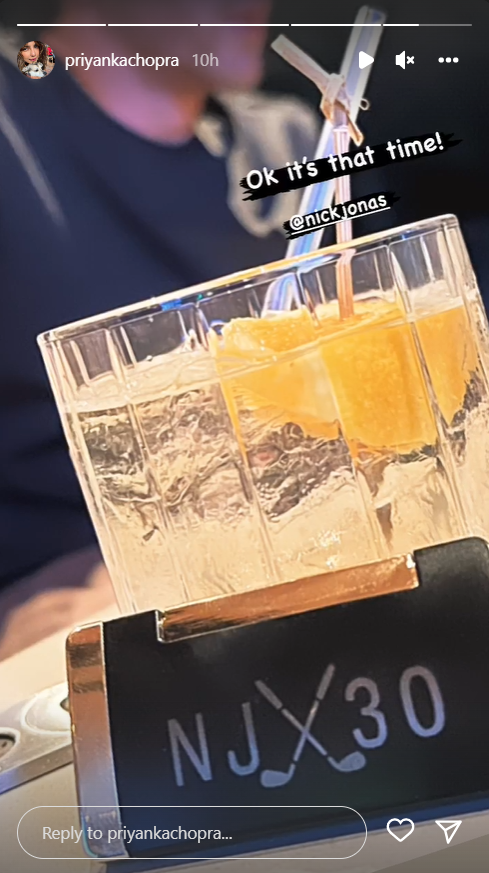 On the work front, Priyanka Chopra will be seen in the Bollywood movie Jee Le Zaraa with Alia Bhatt and Katrina Kaif, and it will be directed by Farhan Akhtar. She will also be seen in the spy thriller series Citadel and the romantic comedy series It’s Coming Back To Me.

ALSO READ: Koffee With Karan 5: When Priyanka Chopra talked about facing racism in the US: 'It was at an airport...'

Priyanka Chopra in Honayda at the rehearsal dinner...

Gal Gadot aka Wonder Woman in Dior at the Paris Fa...

Anonymous
Sep 16, 2022 07:29 PM
That why Nick Jonas is stupid why married that woman rude to Kate attitude suck she looks like kid
0 REPLY