Priyanka Chopra and Nick Jonas broke the Internet instantly by releasing their wedding photos on their social media pages. The moment they shared the beautiful photos from their dual wedding ceremonies, wishes started pouring in for the beautiful couple from the world of Bollywood, Hollywood and television. Many commented on their Instagram posts, while others took to their Instagram stories and wished the newly married couple. From Bollywood, many of PeeCee's co-stars and friends congratulated the newlyweds.

Check it out below and tell us about it in the comments section. 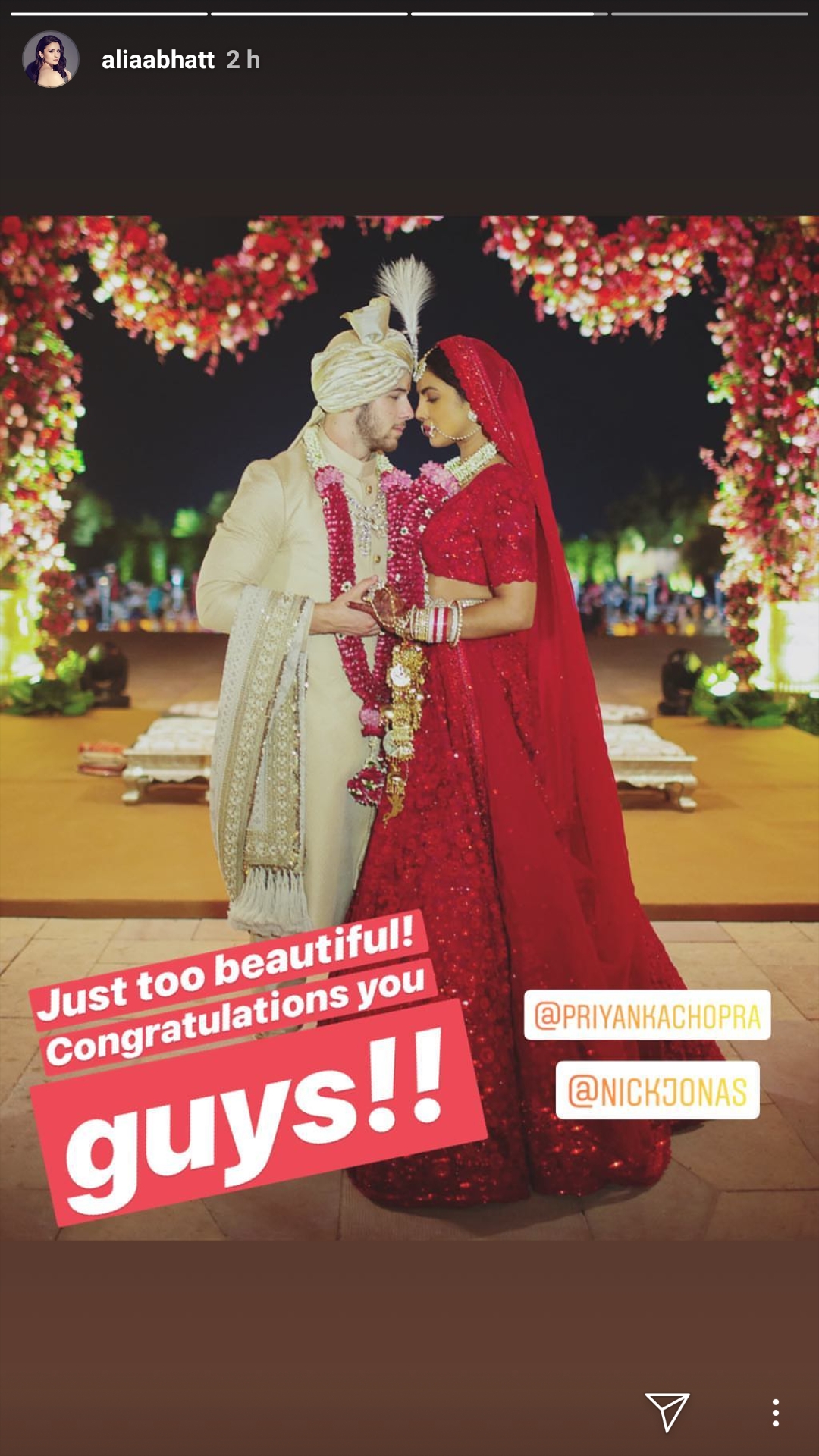 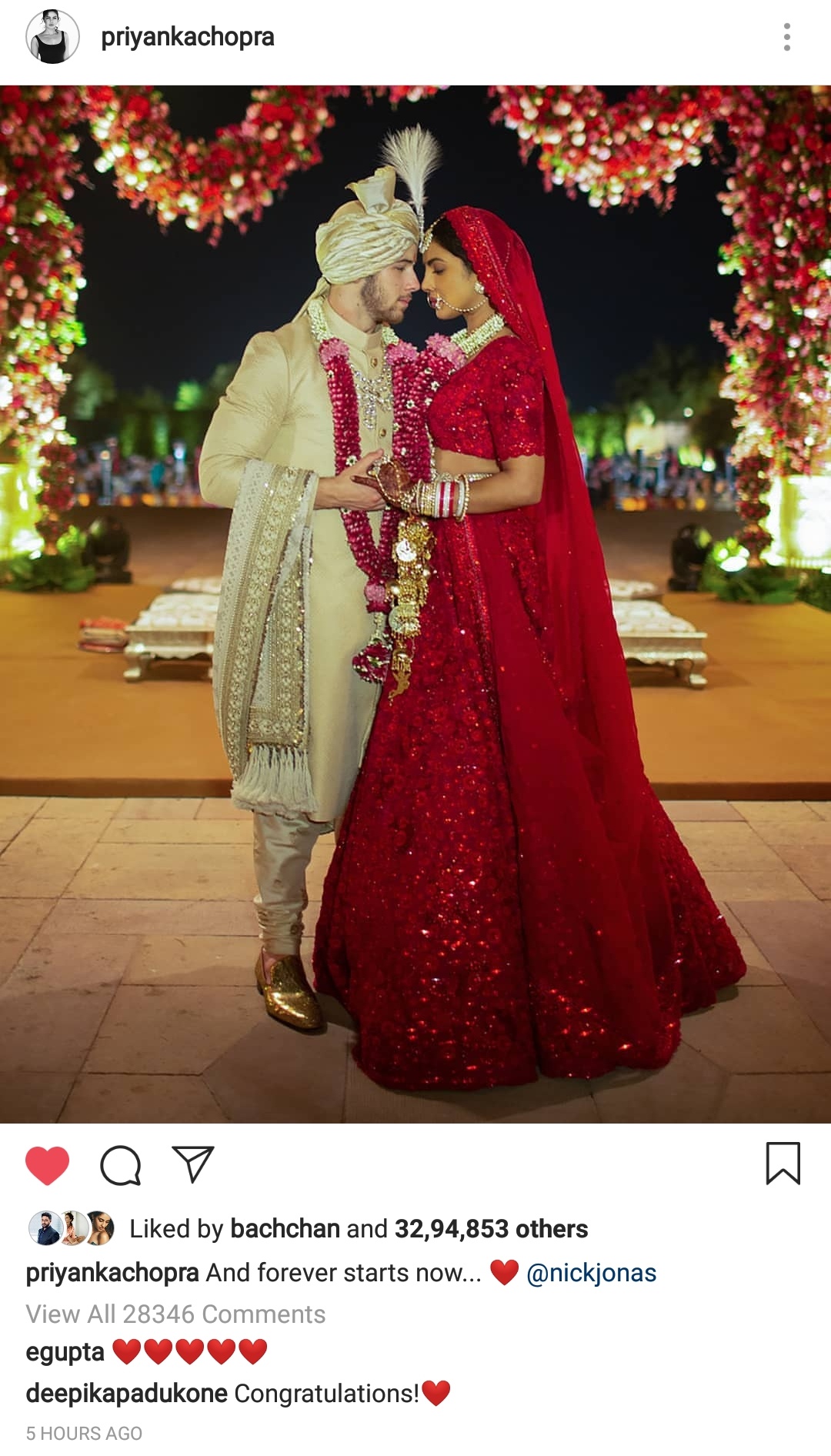 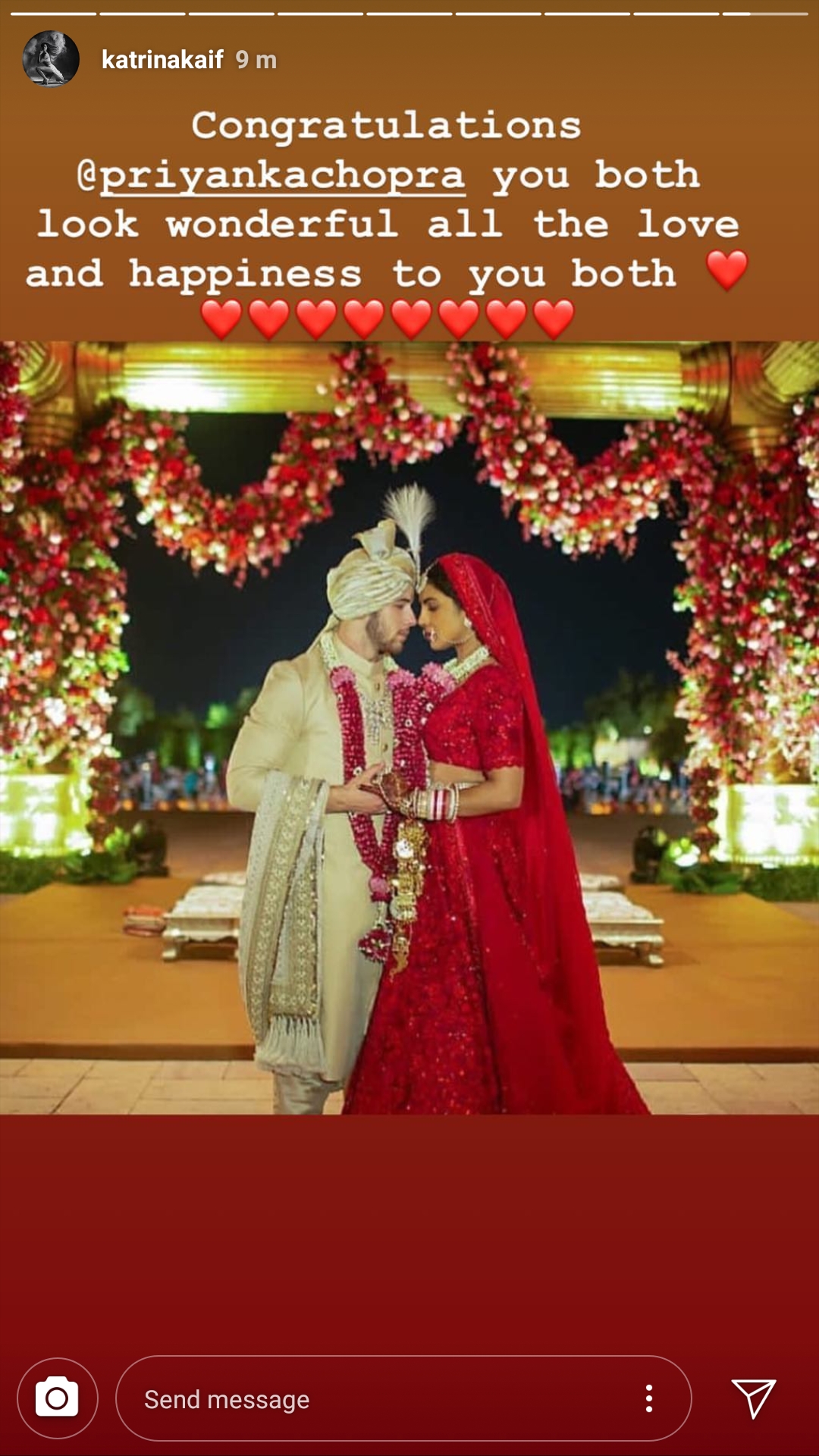 While talking to People, Priyanka opened up about her dream wedding by saying, "Every girl dreams of being a princess on her wedding day. But I never had a plan about what I wanted it to be."

She also revealed that it was Nick's idea to have two wedding ceremonies so as to celebrate each other's backgrounds and traditions. The couple's wedding ceremonies were a four-day affair held at the Umaid Bhavan Palace Hotel in Jodhpur.

Priyanka and Nick wore Ralph Lauren for their Christian wedding and Sabyasachi for their Hindu wedding.

Advertisement
You May Like This
Koffee With Karan 6: Katrina Kaif is waiting for Priyanka, Nick and Deepika, Ranveer’s wedding invite
Priyanka Chopra Nick Jonas wedding: Salman Khan, Katrina Kaif, Ranbir Kapoor & Alia part of the guest list?
Priyanka Chopra beats Katrina Kaif, Deepika Padukone to become most followed Bollywood celeb on Instagram
From Alia Bhatt, Katrina Kaif to Deepika Padukone: Releases & upcoming projects of actresses
Credits: Instagram
Top Comments
There are no comments in this article yet. Be first to post one!

Anonymous
3 years ago
everyone seems to misunderstand kat.. shes not born and bought here but in uk.. and british people are known for the behavior worldwide.. know the background of the person and then speak.. for see dp here.. she as rightly said yaps around so much but turns a owl for others.. shes all about bichari abla naari..
0 REPLY
View more (8) comments