Priyanka Chopra has been sharing glimpses of her baby daughter Malti Marie on social media. Check out her latest photo. Priyanka Chopra is a true-blue social media queen. Apart from impressing audiences all over the world with her acting chops, PeeCee also entertains them with glimpses of her life every now and then on Instagram. Fans and followers also keep swooning over her photos and keep on coming back for more. Keeping up with this trajectory, Priyanka yet again took to her Instagram space and shared a new photo of her baby daughter Malti Marie Chopra Jonas. Have you seen it yet?

A few minutes back, Priyanka took to the story feature on Instagram and shared an adorable photo featuring her daughter Malti. In the photo, the little one can be seen seated in her baby car seat, as she intently gazed outside the window. Sharing this photo, Priyanka wrote, “Good bye #NYC C U another time.” 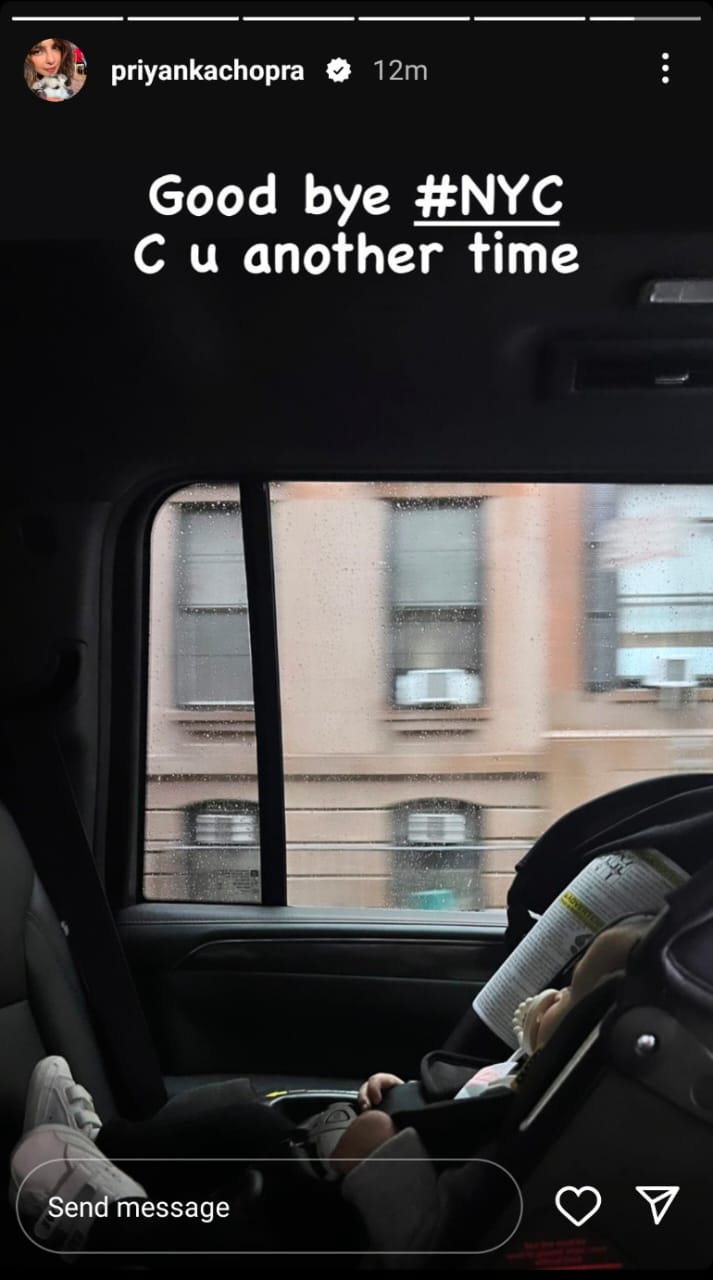 Recently, the Barfi actress shared another photo on her Instagram stories where she was seen taking her baby daughter on a walk, while she carried her in a stroller. Priyanka looked pretty as she donned a knitted white dress and left her hair open. She wore a pair of white heels to match her outfit and accessorized with a matching bag. Little Malti can be seen dressed in an adorable white dress as well. Sharing the photo, Priyanka wrote, “Just two girls walkin’ 5th av.”

Next, Priyanka will be seen in Ending Things, It's All Coming Back To Me, and the web series titled Citadel, helmed by the Russo brothers. Apart from this, she also has Farhan Akhtar's Bollywood film Jee Le Zaraa with Katrina Kaif and Alia Bhatt. This also marks her return to the silver screens after the 2019 film, The Sky Is Pink.

PIC: Priyanka Chopra is ecstatic as she reunites w...

Priyanka Chopra is 'exhausted but happy' as she he...

Priyanka Chopra says it was difficult for her as a...