Priyanka Chopra shares GLIMPSE of her child Malti Marie Chopra Jonas, Have a look at the cute PHOTO

In a first, popular Bollywood actor Priyanka Chopra has dropped a cute picture of her little child, Malti Marie Chopra Jonas. Does she resemble Priyanka or Nick Jonas or both? Have a look here.

Priyanka Chopra shares GLIMPSE of her child Malti Marie Chopra Jonas, Have a look at the cute PHOTO On December 1, 2018, high-profile celebrities Priyanka Chopra and Nick Jonas tied the knot in Rajasthan. The wedding ceremony was a lavish affair with only family and close friends in attendance. Soon, on January 15, 2022, the actress and the musician welcomed their first child together, a daughter named Malti Marie Chopra Jonas, via surrogacy. And since then, Priyanka and Nick are enjoying every moment as first-time parents.

In the latest update, Bollywood actor Priyanka Chopra, in the early hours of Wednesday, shared a picture of her daughter Malti Marie Chopra Jonas. In the picture, we can see their daughter’s half face, as her eyes could be seen covered with a warm woolen cap. Taking to Instagram, Priyanka dropped a heartfelt caption which read, ” I mean…,” with a bunch of heart eyes emoticons. 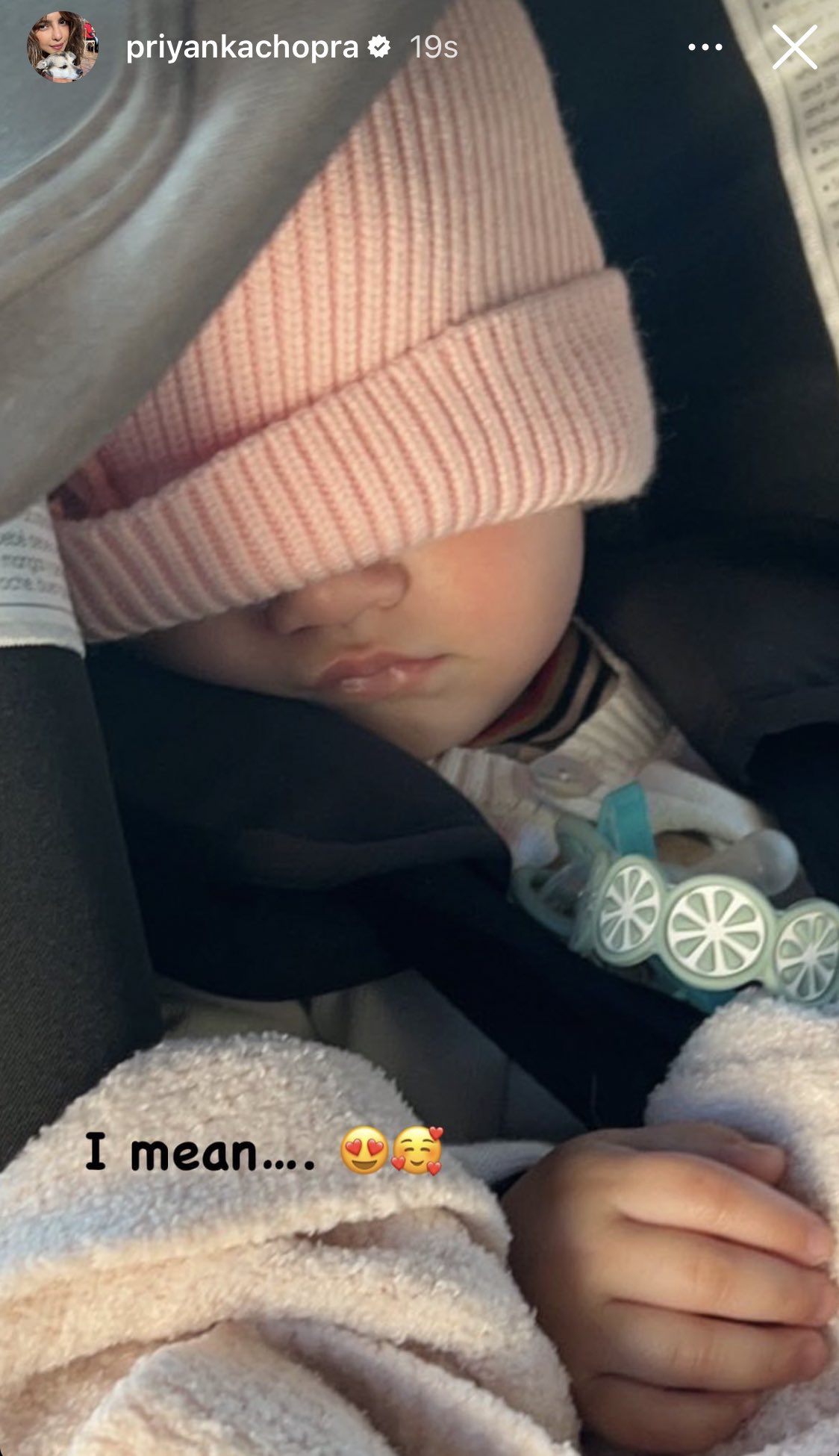 Chopra has a couple of projects lined up at the moment. Chopra will next be seen in the American film ‘Love Again’ alongside actors Sam Heughan and Celine Dion. Later, she will star alongside Hollywood actor Richard Madden in Amazon Prime Video's thriller series Citadel.

In the world of Bollywood, she will be seen next in Farhan Akhtar’s directorial alongside high-profile Bollywood actors Alia Bhatt and Katrina Kaif. This film is expected to go on floors soon.