Irrfan Khan may no longer be with us but his work will live on. Irrfan was an actor par excellence and was not just one of India’s best actors but was also among the best in the world. The actor has been a part of many iconic movies like Talvar, Piku, The Lunchbox, Paan Singh Tomar, Jurassic World and Life Of Pi. His son Babil Khan is foraying into the entertainment space and his debut project is a film titled Qala, where he will be sharing screen space with Tripti Dimri. He is often seen sharing his love for his father through his Instagram musings. Speaking of which, Babil took to Instagram to share a photo of him standing in front of his father's mural.

Babil Khan shared a photo of him standing in front of father Irrfan Khan's mural. He was sporting a white t-shirt and shorts, and also wore a white cap. The upcoming actor was starstruck. He acknowledged the artist who painted it in his Instagram story. Irrfan was an actor par excellence, who brought a lot of credibility to Indian cinema, through his work. He also represented India on the global level. Babil has preferred to start off in an unconventional fashion, by choosing a digital debut instead of a big screen debut. 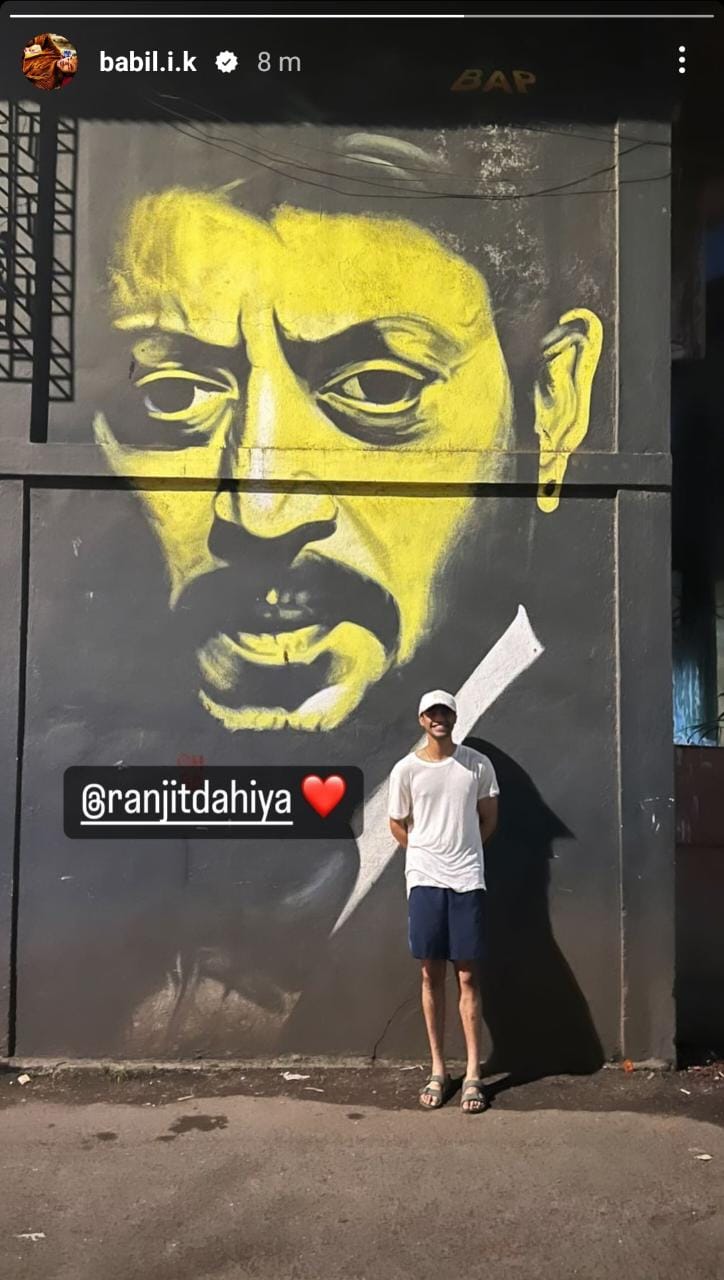 Babil Khan, on numerous occasions, can be seen talking highly of his father. On Irrfan Khan’s first death anniversary, he proudly referred to his father as one of Bollywood’s greatest actors and also said that no one could ever replace him. In an interview following the sad demise of Irrfan Khan, Babil Khan told that he would never stop grieving about his father’s death until the end of his own life. Apart from Qala, Babil is also working on a series titled The Railway Men, bankrolled by Yash Raj Films, which will see a direct digital release towards the end of the year.

EXCLUSIVE: Pawan Sachdeva on Babil Khan as a muse ...

Qala Teaser Out: Babil Khan is a reflection of lat...