Ranbir Kapoor was clicked at the Mumbai airport. Check out his latest photos. Ranbir Kapoor is one of the most talented and sought-after actors in the film industry.  The actor is currently making headlines, and rightly so, his latest film Brahmastra: Part One- Shiva released on 9th September and is the first installment of a planned trilogy. The film continues to rule the Box Office across the globe even after many days of its release. Personally, the actor is on cloud 9 as he is soon going to embrace parenthood with wife Alia Bhatt. Lately, Ranbir has been clicked by the paparazzi quite regularly. Speaking of which, a few moments back, Ranbir was photographed at the Mumbai airport. Check out his latest photos.

Some time back, Ranbir was photographed at the Mumbai airport by the shutterbugs. The 39-year-old opted for a casual yet comfortable look for his airport outfit tonight. Ranbir was seen donning an all-black outfit which included a bomber jacket teamed up with comfy trousers. He styled his look with a pair of red sneakers and black cap. Keeping Covid protocols in mind, the actor also wore a face mask. He also donned a green beanie and a pair of white sneakers. 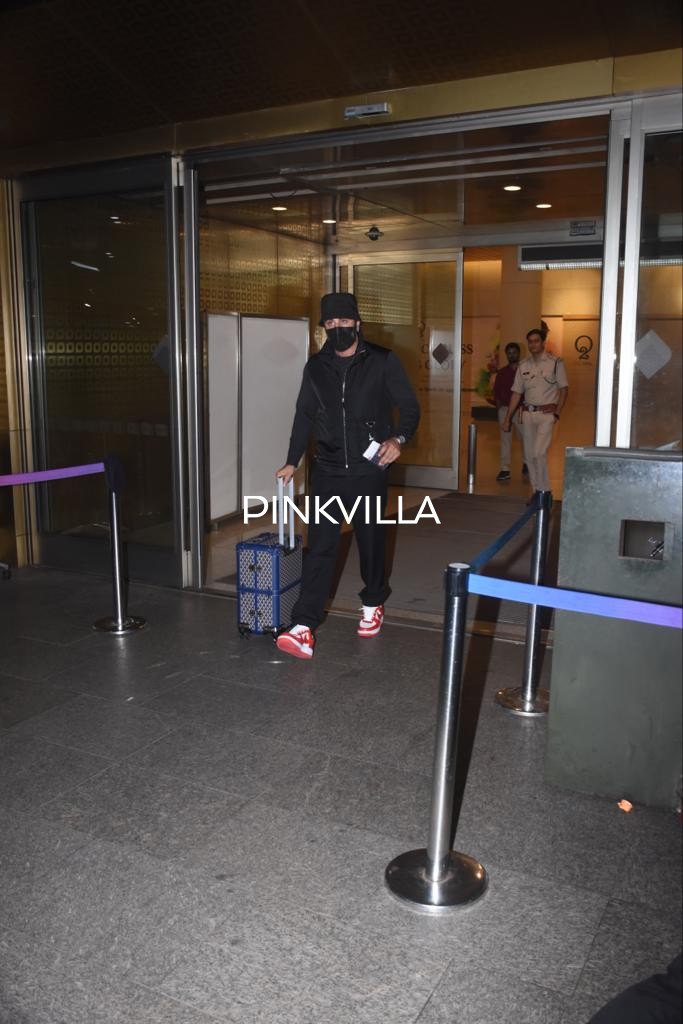 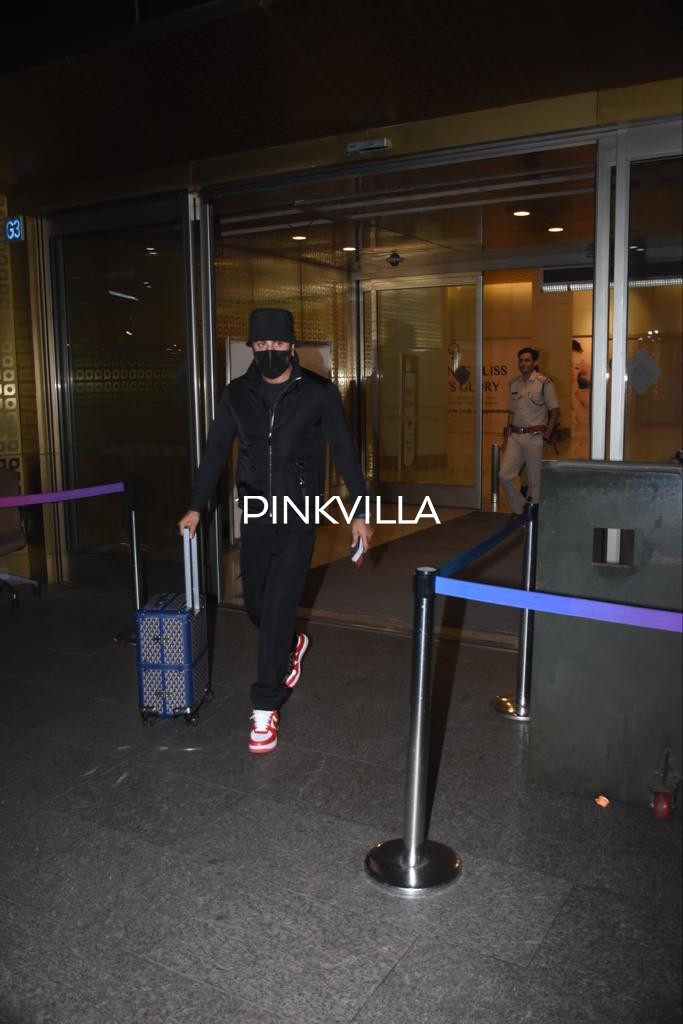 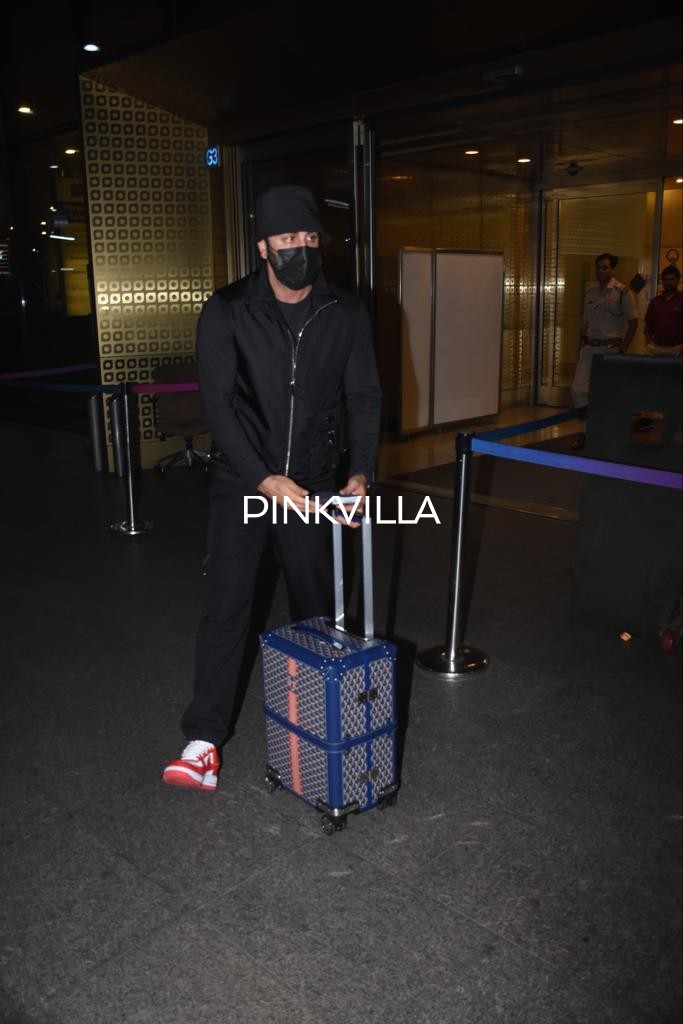 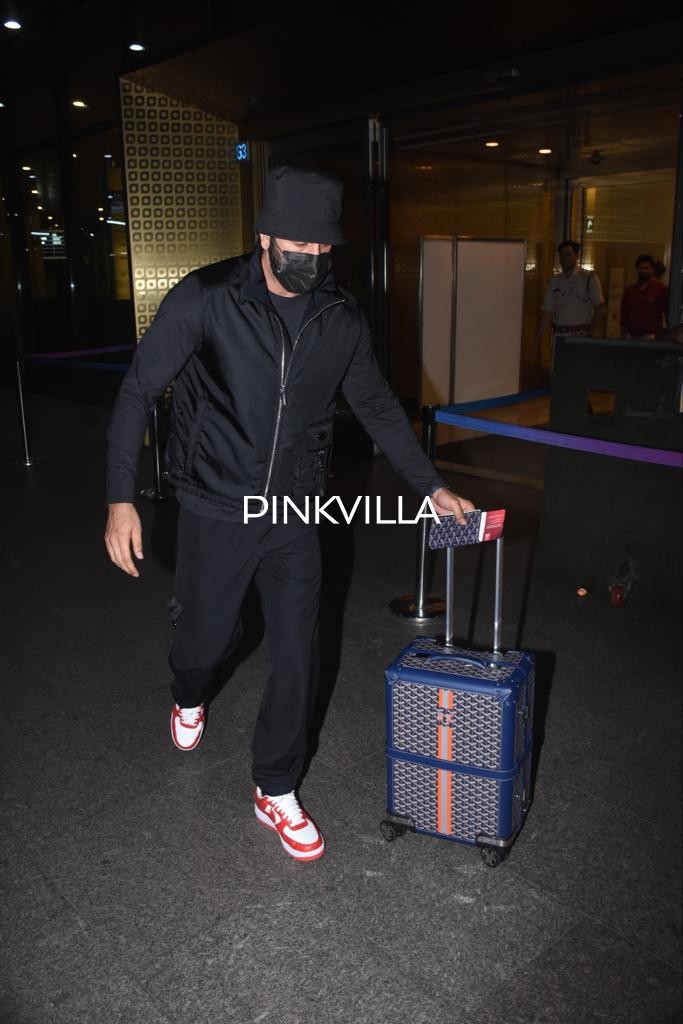 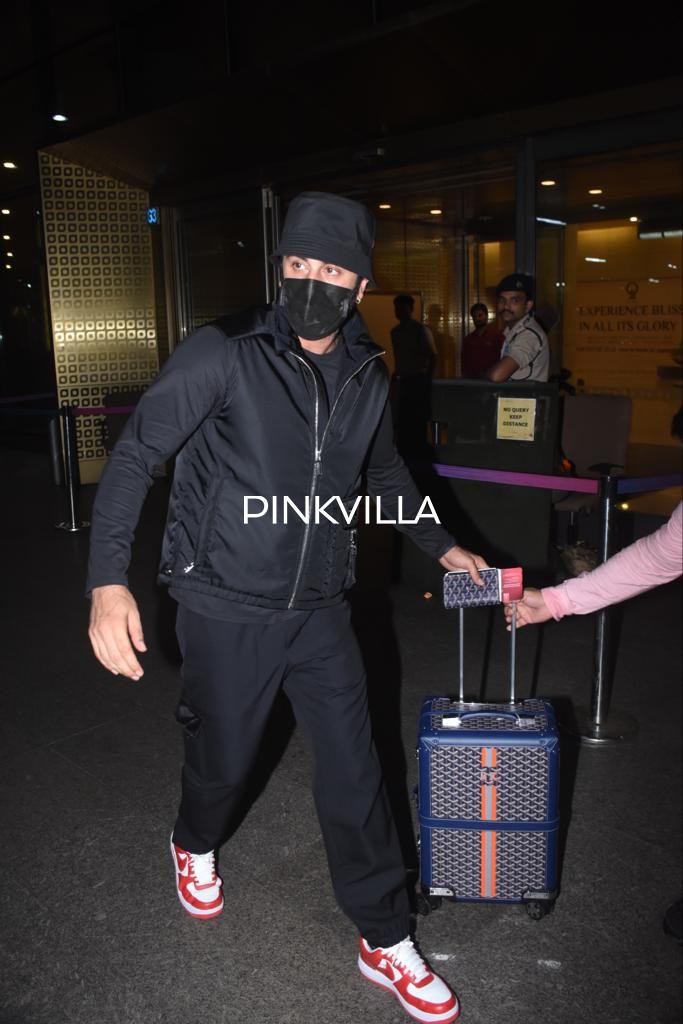 Talking about Brahmastra, the film is helmed by Ayan Mukerji and stars Ranbir Kapoor, Alia Bhatt, Amitabh Bachchan, Nagarjuna Akkineni and Mouni Roy in key roles. It has a special appearance by Shah Rukh Khan. The film was released in Hindi, Tamil, Telugu, Malayalam, and Kannada on September 9, 2022. It was on the sets of Ayan Mukerji's directorial that they first began dating and are currently expecting their first child together.

On the work front, Ranbir Kapoor has a couple of exciting films in his kitty. He will next be seen in Animal alongside Rashmika Mandanna and Luv Ranjan’s untitled film alongside Shraddha Kapoor.

ALSO READ: THROWBACK: When Ranbir Kapoor said he is fed-up with 'coming-of-age' roles: I need to find new...

Anonymous
Sep 26, 2022 05:33 AM
Not a cap. It’s a bucket hat. Good to see him doing something on his own without button there to make his life easy.
0 REPLY
View more comments