Directed by Ayan Mukerji, Brahmastra has minted over 160 crores in just two days on a global level. The film stares Alia Bhatt and Ranbir Kapoor in lead roles. Directed by Ayan Mukerji, Brahmastra has minted over 160 crores in just two days on a global level.

The most awaited film of the year, Brahmastra, starring Ranbir Kapoor and Alia Bhatt in lead roles has finally hit the theatres on Friday. Clearly, it is visible that fans have poured in their heartfelt love and appreciation for the film as it has earned over Rs 160 crores across the globe. Directed by Ayan Mukerji, the film has clearly managed to increase footfall in the theatres which was reeling under a severe downfall over the last two years.

Thanking their fans for their unconditional love and appreciation, best friends in B-Town, Ayan Mukerji and Ranbir Kapoor decided to make a impromptu visit to a Mumbai theatre to witness their reactions after watching Brahmastra. As soon as they glided inside the theatre, fans greeted the duo with enthusiasm and appreciation. While many wanted to get themselves clicked along with the duo, a few of them were seen sharing about their experience after watching the film.

Patting at Ayan, Ranbir added, “I am extremely happy and proud of this man standing here next to me. He has worked with a lot of dedication, hardwork and love. And this is the best feeling. We all have come back to the cinemas. We loved seeing the emotions here. We feel loved, entertained. People are laughing, clapping. This is what cinemas is all about.”

Watching these glimpses, mom-to-be-Alia Bhatt, who was not present at the venue, reacted on her Instagram story by pouring hearts to her hubby Ranbir Kapoor. “Shiva”, she wrote with a bunch of red hearts. 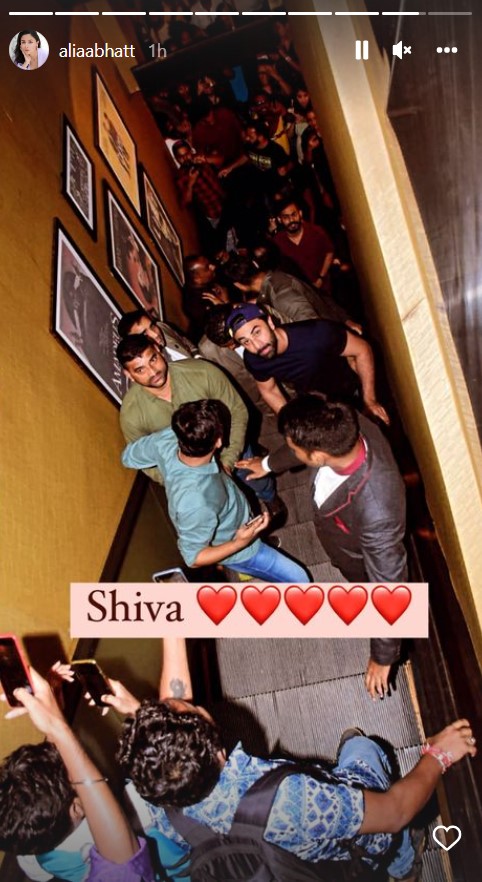 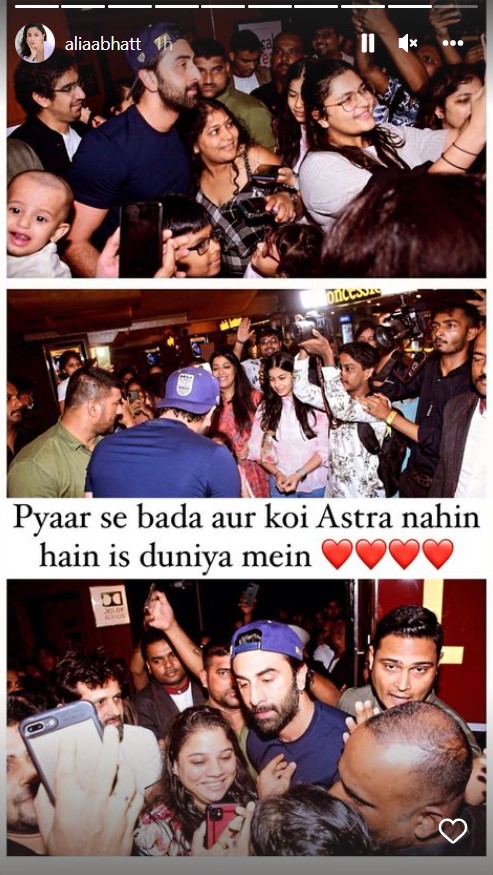 Notably, this is the first time ever a Bollywood film has topped the worldwide box office charts and the third for any Indian film, all three happening in the last two years. Prior to Brahmastra, Vijay starrer Master and S.S. Rajamouli directed NTR Jr. and Ram Charan starrer RRR were the ones to achieve this feat.

Also, this is Ayan Mukerji’s third film as a director. Prior to this, he made headlines with his films namely Wake Up Sid and Yeh Jawaani Hai Dewani—both of which did exceedingly well at the box office.

Anonymous
Sep 12, 2022 12:54 PM
The most chowtia movie I\'ve ever seen. Bad VFX of pink purple fire every 1 minute of a very slow boring dragged movie. Alia\'s character is forced and have no chemistry with Ranbir.
0 REPLY

Anonymous
Sep 12, 2022 09:44 AM
The worst film he ever did in his career, he started as a great actor and since marrying into the Bhatt family, his movies are TRASH. Fake figures, stop lying Bollywood, your game is up!
0 REPLY See More answers

Anonymous
Sep 12, 2022 01:35 AM
yeah because you paid them to praise you. all od india and indians outside india are doing thu chi. wake up and smell the drugs at least
0 REPLY