Ranbir Kapoor spotted in a bearded look as he arrives at hospital to meet Alia Bhatt and princess Kapoor; PIC

Currently, Alia Bhatt and junior Kapoor are in the hospital and a while ago, daddy cool Ranbir Kapoor was seen arriving to meet them. Ranbir Kapoor, who clocked 15 years in Bollywood today, is currently beaming with joy as he recently welcomed his daughter with Alia Bhatt. After getting married in April this year, the lovebirds welcomed their little bundle of joy on November 6 at H.N Reliance Foundation Hospital in Mumbai. The actress delivered their daughter at 12.05 PM. Currently, Alia and junior Kapoor are in the hospital and a while ago, daddy cool Ranbir was seen arriving to meet them.

Ranbir Kapoor gets clicked outside the hospital

On Tuesday, Ranbir was papped for the first time after becoming a father. He was seen leaving the hospital. Today, the paparazzi caught him arriving at the hospital in his car. He was seen sporting a white shirt with a heavily bearded look. It seems like he is prepping for his next Brahmastra 2 while enjoying the new phase of life. 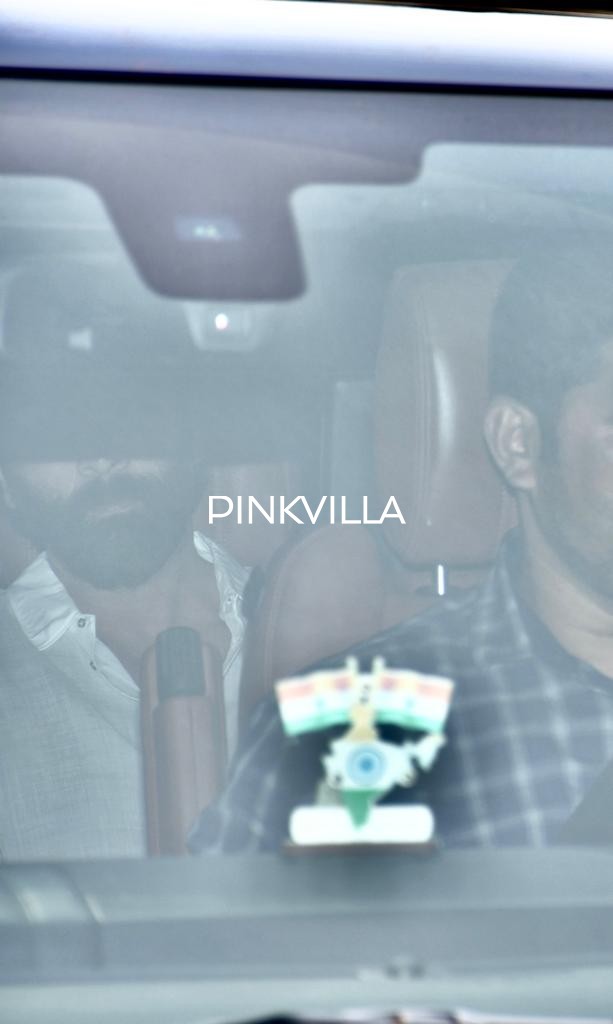 Earlier, an excited Neetu Kapoor interacted with the paparazzi and spilled the beans on her princess. While expressing her happiness, Neetu also revealed if the baby girl looks like Alia or Ranbir. She shared, “Abhi choti hai, aaj hi huyi hai. Toh fir pata nahi itna, but she is very cute." While giving an update on new mommy Alia's health, she shared, "Ekdum first class, absolutely okay. Everything is fine."

Soon after they welcomed their baby girl, Alia and Ranbir shared an official announcement. In their statement, they wrote that they are bursting with love and called themselves ‘obsessed parents’. Their note read, “And in the best news of our lives:- Our baby is here..and what a magical girl she is. We are officially bursting with love -blessed and obsessed PARENTS!!!!!! love love love Alia and Ranbir.”

Ranbir and Alia were recently seen in Brahmastra. The film proved to be a major hit at the box office. Now, Ranbir is all set to be seen in Luv Ranjan’s next with Shraddha Kapoor. He also has Animal with Rashmika Mandanna, Anil Kapoor, and Bobby Deol.

Anonymous
Nov 11, 2022
Princess kapoor will grow up entitled, not pursuing higher education rather Be a dimwit at dharma and counting on nana Johar to keep the nepotism alive and how
0 REPLY

Anonymous
Nov 10, 2022
Parents can definitely call princess or prince but not an article...
0 REPLY

Anonymous
Nov 10, 2022
Ewwwwww she looks like Rishi. Girl is a mix of Rishi Kapoor and Rahul bhatt
0 REPLY

Anonymous
Nov 09, 2022
And as for the baby seat comment - don\'t be bloody rediculous!! They are adults and parents!!!! Do you think they would transport their baby in a bucket?????
0 REPLY See More answers

Anonymous
Nov 09, 2022
Ranbir will spoil her he is over the moon with this baby
0 REPLY

Anonymous
Nov 09, 2022
I hope they put the little baby in a car seat when they take her home.
0 REPLY

Anonymous
Nov 09, 2022
Why princess?? She is not from a royal family to get that title... Simply say baby girl
0 REPLY
View more (4) comments