Rashmika Mandanna is all set to make her Bollywood debut with her upcoming film Goodbye. The actor will be sharing screen space with Amitabh Bachchan, Neena Gupta, and Pavail Gulati. A few days back, the trailer of the movie dropped and it left the audience quite intrigued and excited. As the film directed by Vikas Bahl is all set to release in theatres on the 7th of October, Rashmika has been busy promoting the film. Speaking of which, last night she was photographed in Delhi. Check out her photos.

For the promotions, Rashmika was seen dressed in a crop top with ethnic motifs, which she styled with a pair of high-waisted red trousers. She also wore a blue cropped jacket to elevate her look further. Her hair was tied in a ponytail and she accessorized the look with a pair of golden hoop earrings. Rashmika posed for pictures while the paparazzi clicked her. 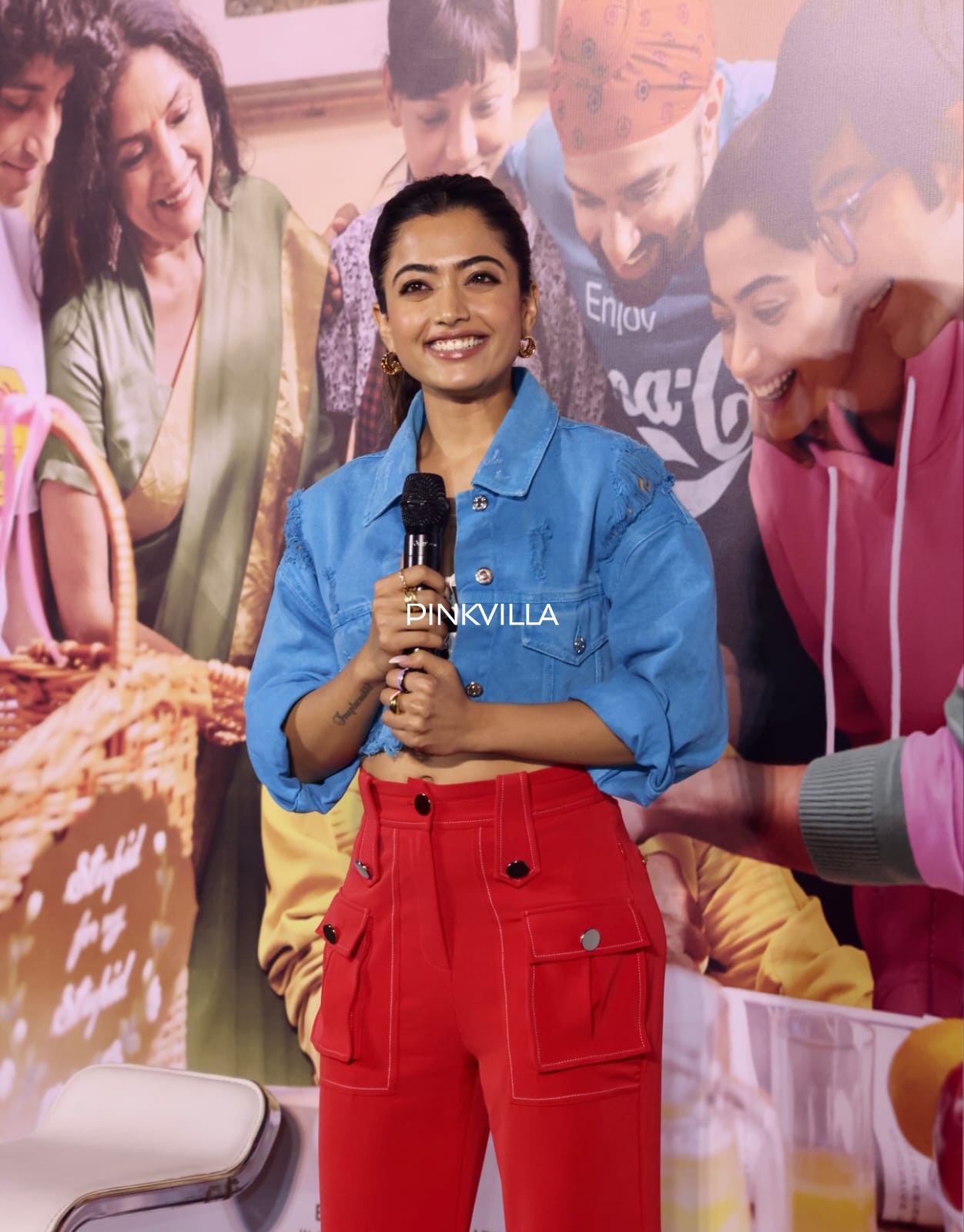 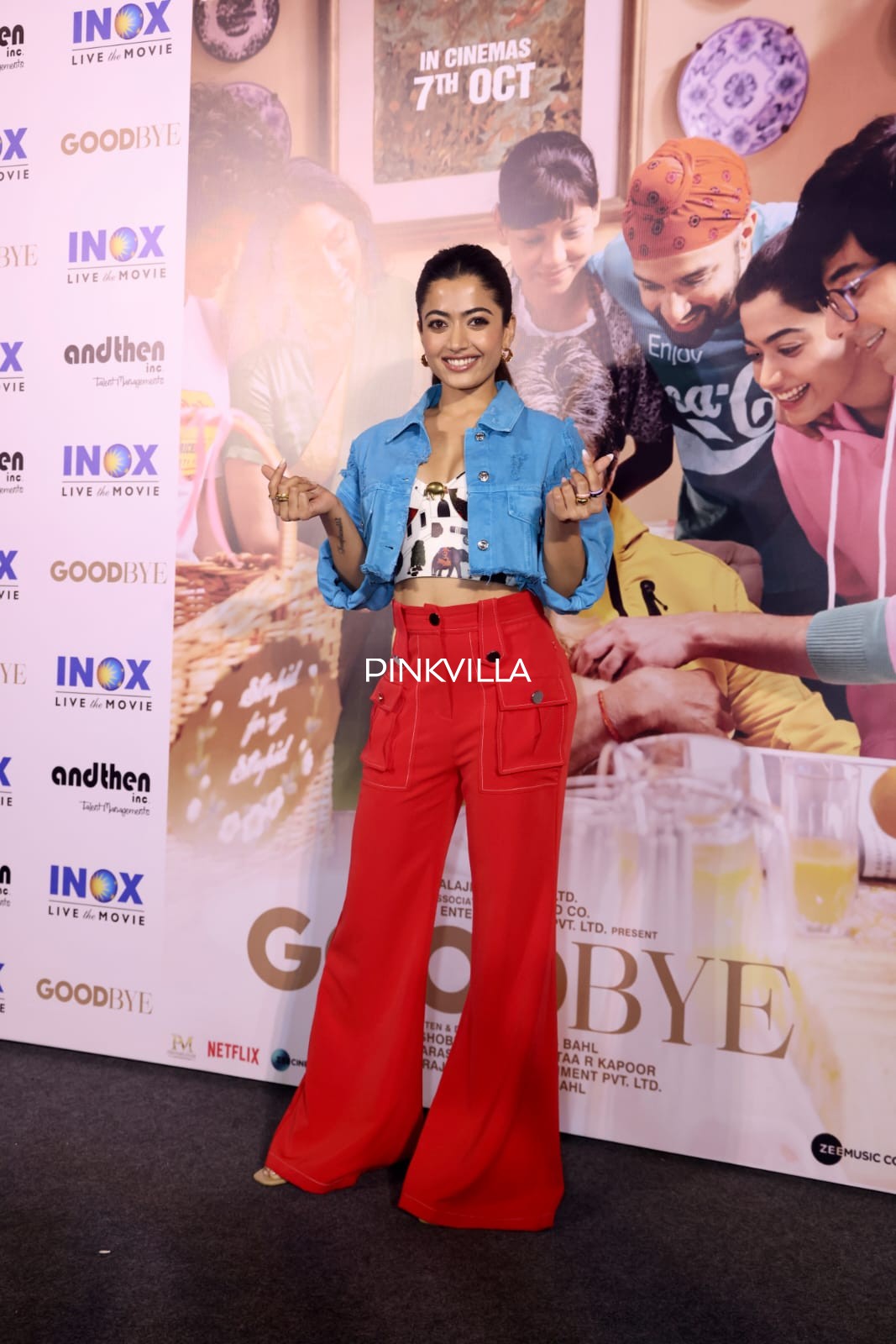 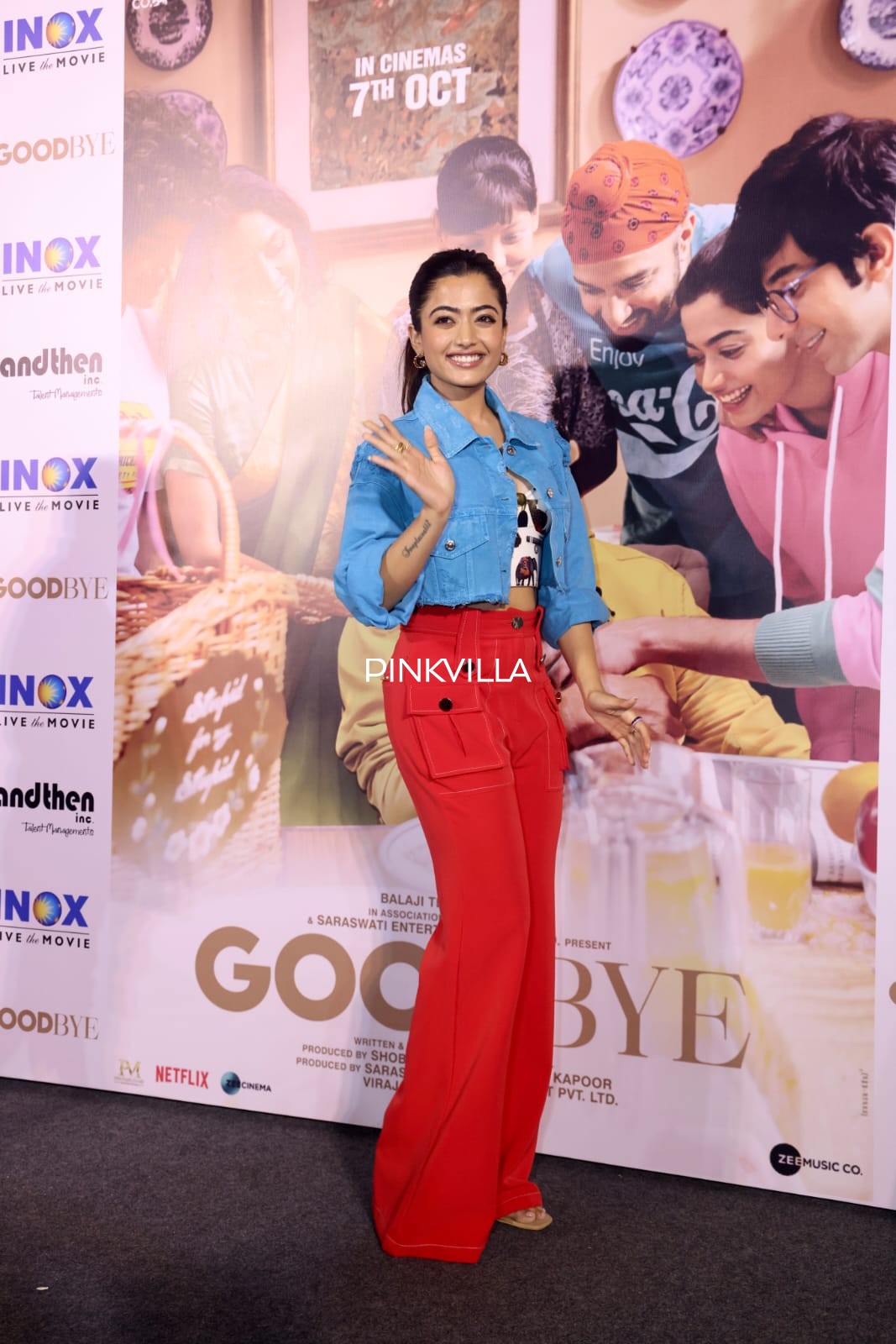 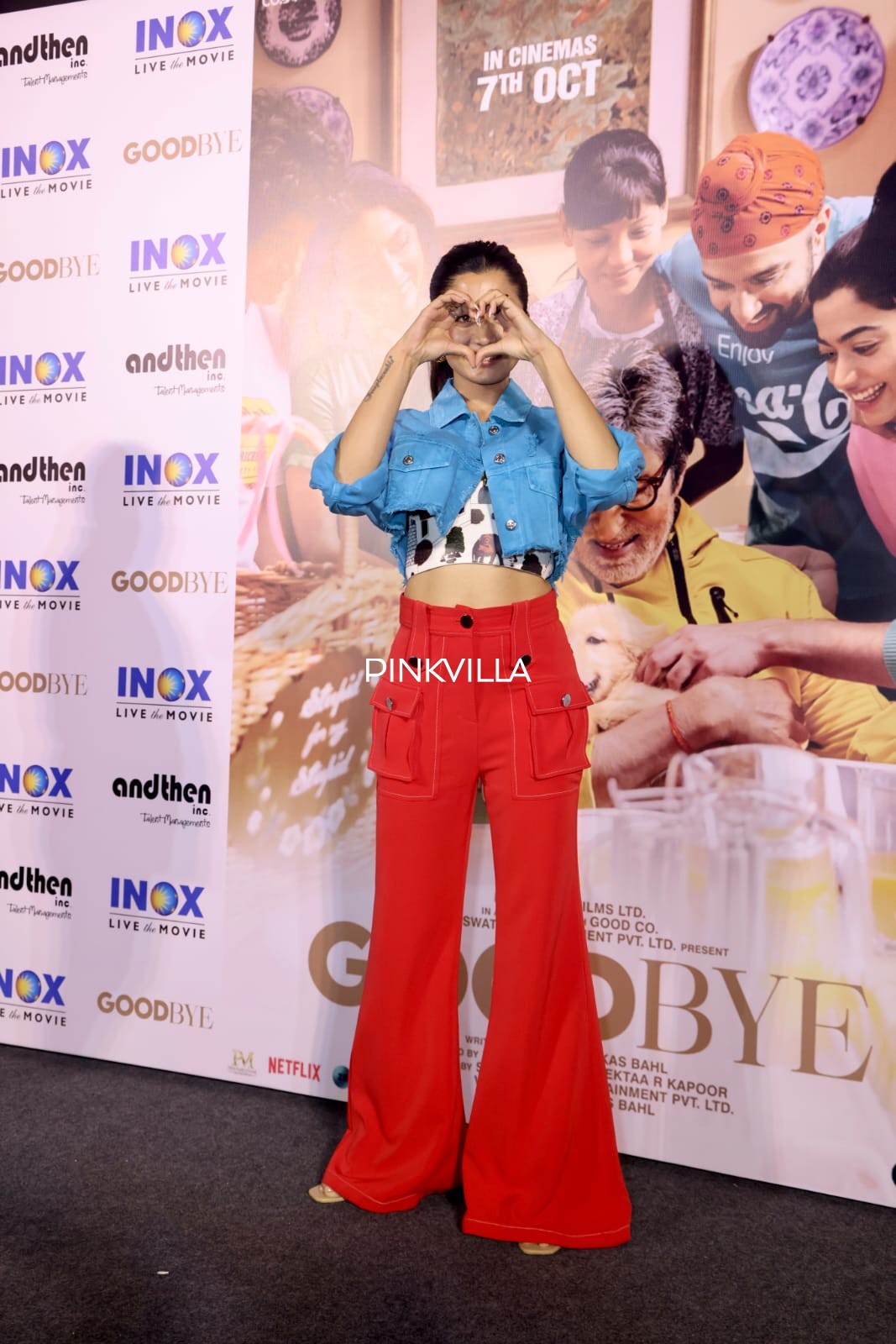 Talking about Goodbye, the trailer of the film was released a few days ago and it looks quite gripping. The family drama film has a heartwarming narrative and it showcases the ups and downs, chaos, drama, and love within every family. The film also stars Elli AvrRam, Sunil Grover, Sahil Mehta, and Abhishek Khan in pivotal roles. Produced by Ektaa R Kapoor’s Balaji Motion Pictures in association with Good Co. GoodBye is all set for worldwide release in cinemas on 7th October 2022.

Further, she added: "I want to say goodbye to the negativity around us or anyone. I am a very positive report and hope the world is also the same."

ALSO READ: Rashmika Mandanna obliges a young fan with autograph as she gets SPOTTED at the airport; PICS