Swiss Tennis player Roger Federer, who is regarded as the legend of this sport, has announced retirement from all forms of the tournament. Giving this information in public sphere, the 41-year-old player said that 2022 Laver Cup will be his final ATP tournament. Federer won as many as 20 Grand Slam singles titles and re-defined a sport with his artistry and grace. Hearing this news, several Bollywood celebrities including Anushka Sharma, Ayushmann Khurrana, Kareena Kapoor Khan have been left heartbroken.

Actor Ayushmann Khurrana, who will next be seen in Doctor G, shared on his Instagram handle the official statement of the Tennis sensation that was released by him earlier on Wednesday.

Actress Anushka Sharma, who will next be seen in Chakda Xpress, shared a story with an attachment of Roger Federer’s Instagram post. She captioned, “Genius” with a heart emoji in her story.

Actress Kareena Kapoor Khan also acknowledged the news development by posting a story on her Instagram handle.  She, too, shared a story with an attachment of Roger Federer’s Instagram post. She captioned, “Legend” with a heart emoji in her story. 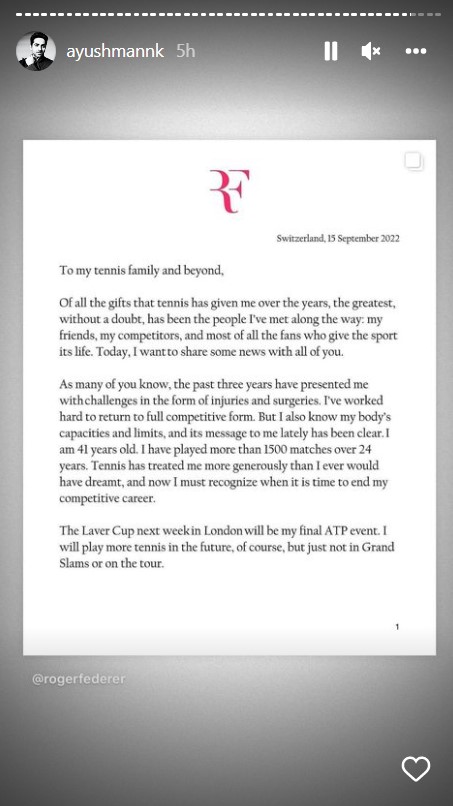 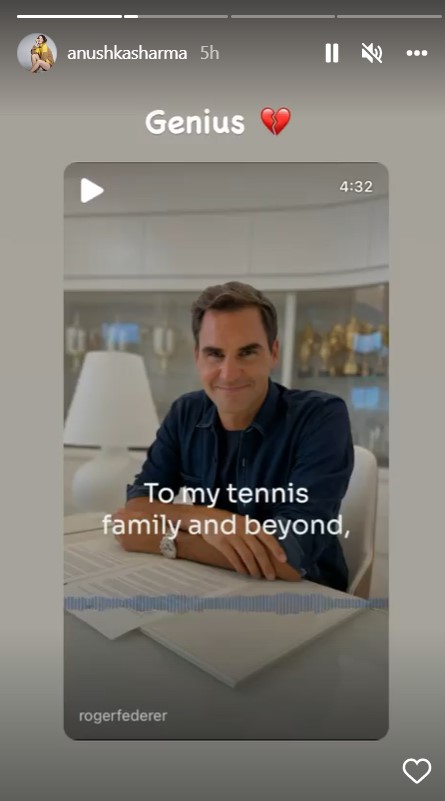 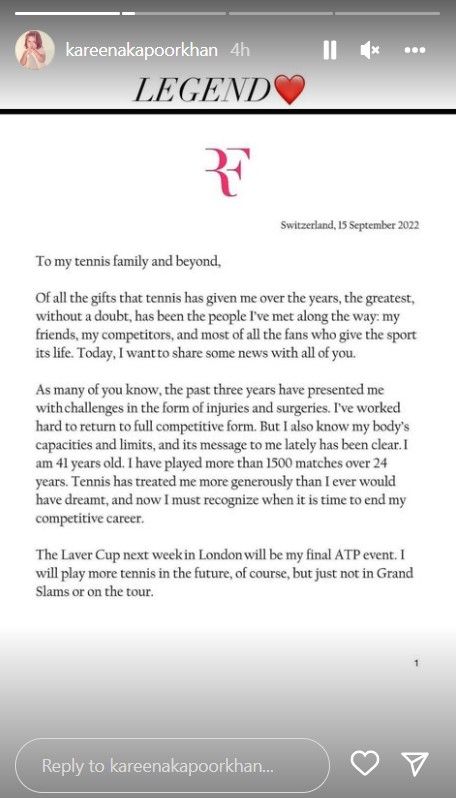 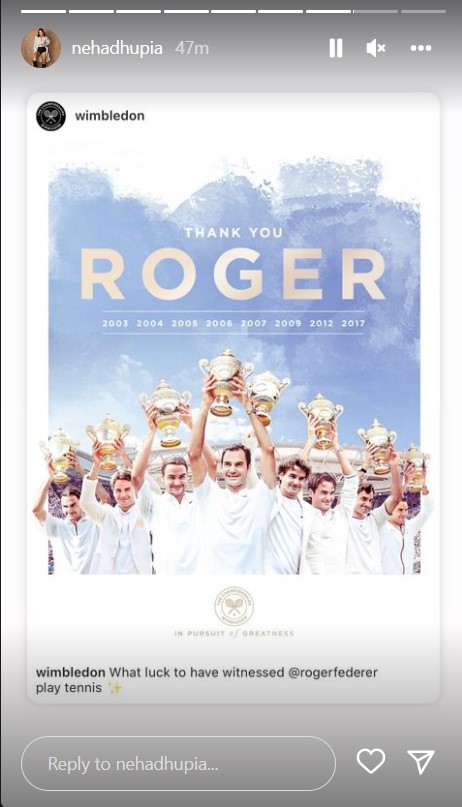 Clearly, the retirement of the Swiss Tennis legend has sent shock waves to his fans and loved ones. Notably, the Tennis sensation had not played any match on the court since last year’s Wimbledon match. He pulled out of the tournament owing to his knee injury.

"As many of you know, the past three years have presented me with challenges in the form of injuries and surgeries," Federer said in an statement posted on social media.

"I've worked hard to return to full competitive form. But I also know my body's capacities and limits, and its message to me lately has been clear. I am 41 years old. I have played more than 1,500 matches over 24 years. Tennis has treated me more generously than I ever would have dreamt, and now I must recognise when it's time to end my competitive career. The Laver Cup next week in London will be my final ATP event. I will play more tennis in the future, of course, but just not in Grand Slams or on the tour," Federer wrote.

Several netizens were left heartbroken on hearing this news. A Twitter user wrote, “End of a golden era” while putting Federer’s name in hashtags. Many of them are commenting with a heartbroken emoji on Federer’s Instagram post as well.