Meanwhile, Karan Johar reacted to RRR winning the Best Foreign Language Film at the Critics Choice Awards and wrote, "LEGENDARY FILM!!! Wow!!!! So proud and elated with every achievement of this mammoth spectacle!!!”Ananya Panday dropped several heart emojis and wrote, "BEYOND!!!!!" Varun Dhawan also shared Rajamouli's acceptance speech, and wrote, "What an amazing moment wow." Check out their Instagram stories below! 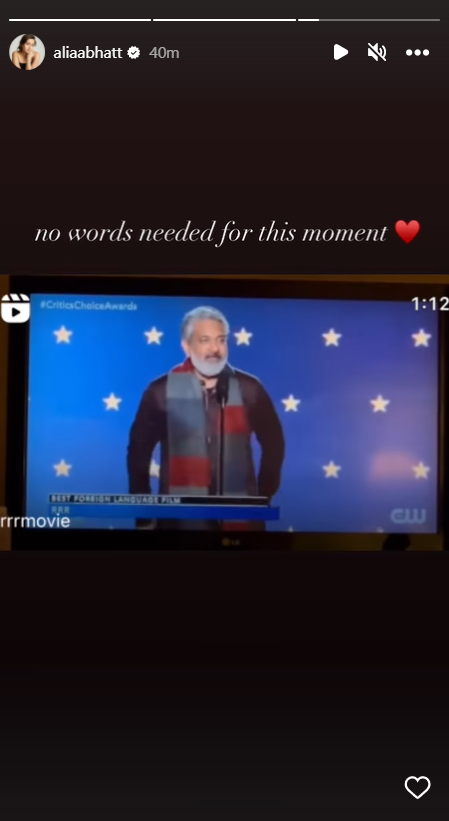 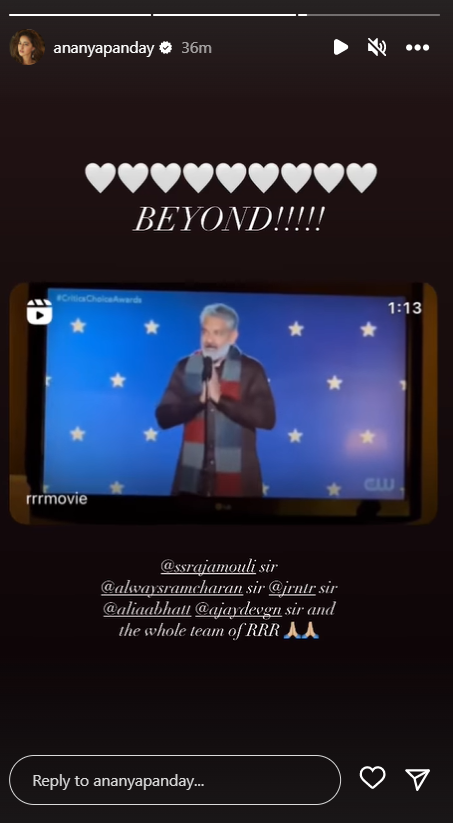 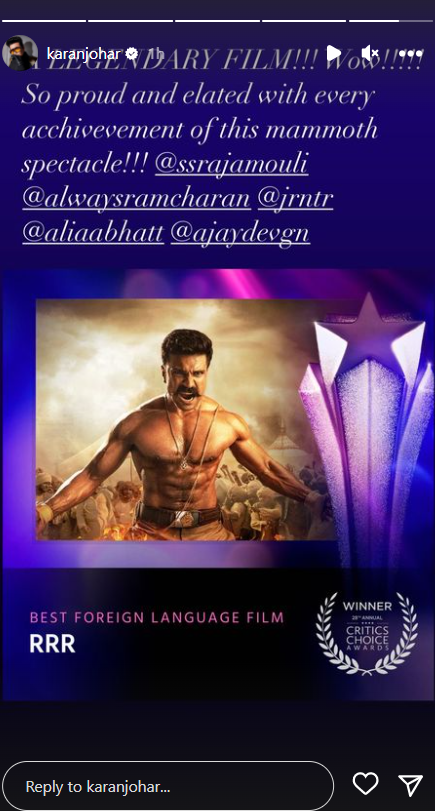 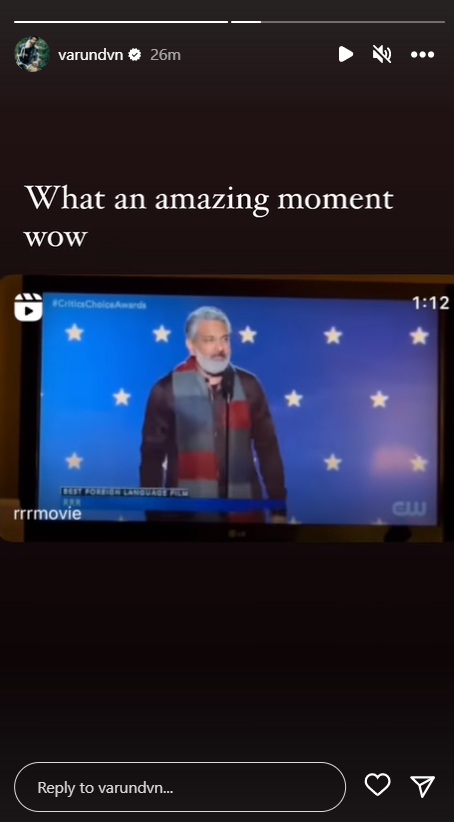 The video of SS Rajamouli’s acceptance speech after winning the Critics Choice Awards, is going viral on social media. In his speech, Rajamouli thanked all the women in his life. "To all the women in my life, my mother Rajnandani, she thought school education was overrated and she encouraged me to read comics and story books and she encouraged my creativity. My sister-in-law Sreevalli, who became like a mother to me, she always encourages me to be the best version of myself. My wife Rama, she is a costume designer of my films but more than that she is the designer of my life. If she is not there, I am not here today. To my daughters, they don't do anything, just their smile is enough to light my life up,” he said.

For the Best Foreign Language Film, RRR competed against films such as All Quiet on the Western Front, Argentina 1985, Bardo, False Chronicle of a Handful of Truths, Close and Decision to Leave.