Amid enjoying praises for his classy performance in Vikram Vedha, actor Saif Ali Khan was seen having a gala time with his family. His sisters, Soha Ali Khan, and Saba Pataudi offered glimpses of their Sunday brunch on social media. The pictures featured Saif, Taimur Ali Khan, Inaaya Naumi Kemmu, Sharmila Tagore, and Kunal Kemmu. But it seems like the whole Pataudi family missed Kareena Kapoor Khan and Jeh Ali Khan's presence as they are currently in London.

Soha shared a bunch of pictures from their get-together on her Instagram handle. In one of the pictures, the entire family is seen relishing a scrumptious meal including burgers and french fries. While another picture shows Kunal and Inaaya chilling in the pool. The veteran actress Sharmila Tagore is seen striking a pose with her kids - Saif, Soha, and Saba. In her post, Soha also mentioned that they missed Bebo and Jeh Baba while enjoying the Sunday 'in the sun'.

Sharing the pictures with fans, Soha wrote, "A Sunday (in the sun for a change) #sunday #weekend #bbq #family Missed you @kareenakapoorkhan and Jeh Baba of course !!!" After she posted the pictures, Saba commented, "First pic taken by ..yours truly too... Loved this Sunday n missed those not there." Have a look: 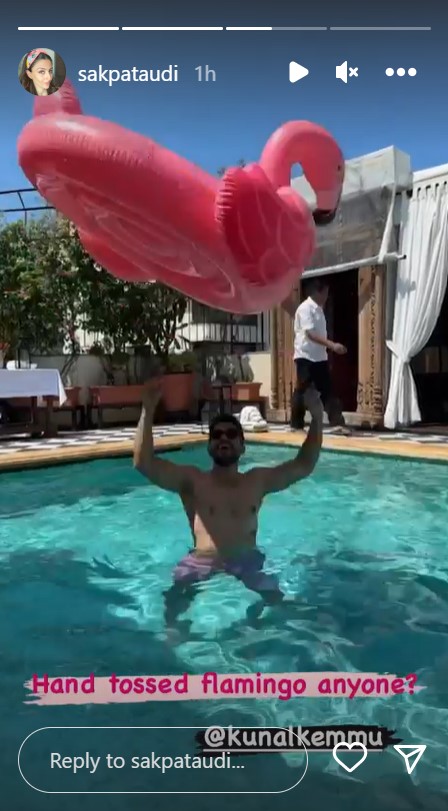 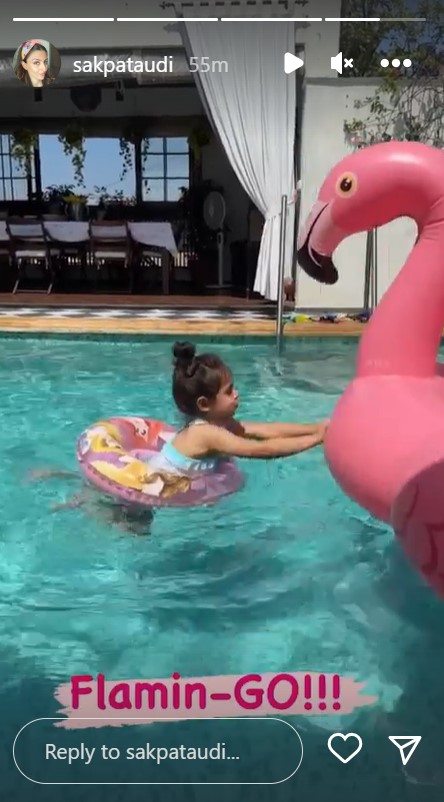 Saba also took to her handle and dropped some more pictures from their reunion. She posted pictures with her mom and captioned them as 'reunited'. She wrote, "Special times...and a Sunday brunch with family...  Missed Bebo @kareenakapoorkhan n Jeh Baba. #sunday #funday." Have a look:

Kareena, who was last seen in Laal Singh Chaddha with Aamir Khan, recently jetted off to London with Jeh to shoot for Hansal Mehta's untitled next. She has been sharing updates from the sets of her new project. While giving a sneak peek into her look, Bebo wrote, "Day 1 Film number 67 or 68? Chalo guys let’s do this."

Apart from this, Kareena also has Sujoy Ghosh's next Devotion of Suspect X co-starring Vijay Varma and Jaideep Ahlawat. It will mark her OTT debut.

Also Read | EXCLUSIVE: Kareena Kapoor Khan says her ‘stomach was in knots’ before jetting off to London sans Taimur