Salman Khan, the Bollywood superstar rang in his 56th birthday at a grand bash, in presence of his family, friends, and a few colleagues. Check out the PICS... Salman Khan, the biggest crowd-puller of Bollywood, is celebrating his 56th birthday today (December 27, Tuesday). The superstar celebrated his birthday along with his little niece Ayat Sharma (daughter of Salman's youngest sister Arpita Khan Sharma and actor Aayush Sharma), who turned three yesterday. The Khan family threw a grand bash to celebrate the uncle-niece duo's birthday together, and it was attended by some of the most popular names in the film industry. Salman Khan also celebrated with the paparazzi photographers by cutting a cake with them.

Birthday boy Salman Khan looked stylish as ever in an all-black look, at his birthday bash. The Tiger 3 star opted for a black pullover, which he paired with matching leather trousers, for the night. Salman completed his look with a pair of black shoes, and his signature silver bracelet. The superstar, who was visibly excited about his birthday bash, came out and greeted the photographers and had a chat with him. Later, he had a special cake cutting with the media friends, before celebrating his special day with the invited guests.

The biggest surprise of the night was Shah Rukh Khan's unexpected entry into Salman Khan's 56th birthday party. The Pathaan star, who shares a strong bond with the Tiger 3 actor, arrived at the venue late in the night. Shah Rukh Khan looked super handsome in a black look, in hooded jacket, which he paired with a matching t-shirt and trousers. As per the reports, the Karan Arjun duo had an absolute blast at the party and danced together till early morning.

Salman Khan was later seen accompanying Shah Rukh Khan as he made an exit, and the duo shared a warm hug. They also posed together for pictures before SRK made his exit. For the unversed, the crowd puller is set to reprise his popular character Tiger from the highly popular Tiger franchise, in King Khan's highly anticipated film Pathaan. The spy thriller, which is helmed by Siddharth Anand, and produced by Yash Raj Films, is slated to hit the theatres in January 2023.

See the pictures from Salman Khan's birthday bash, below: 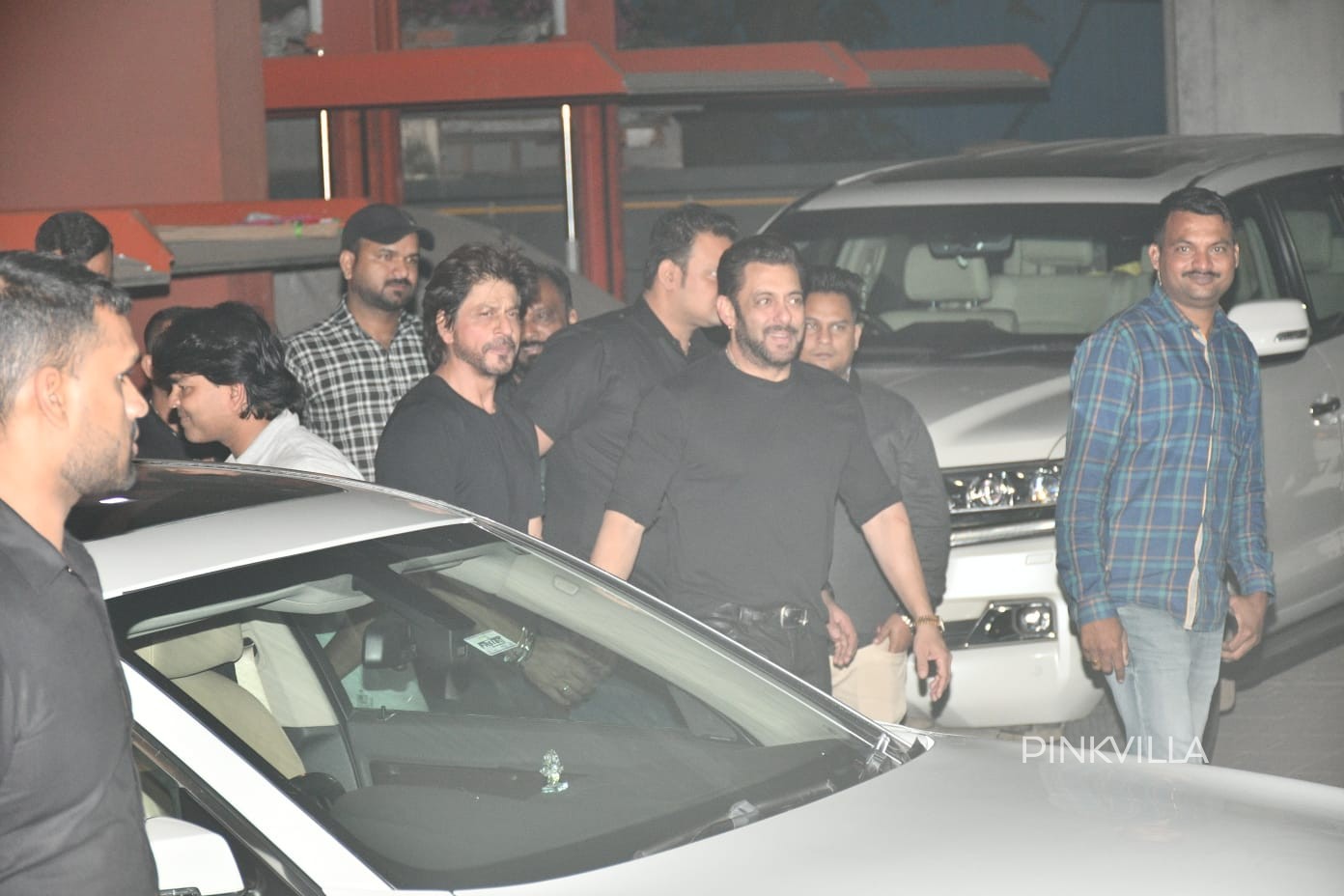 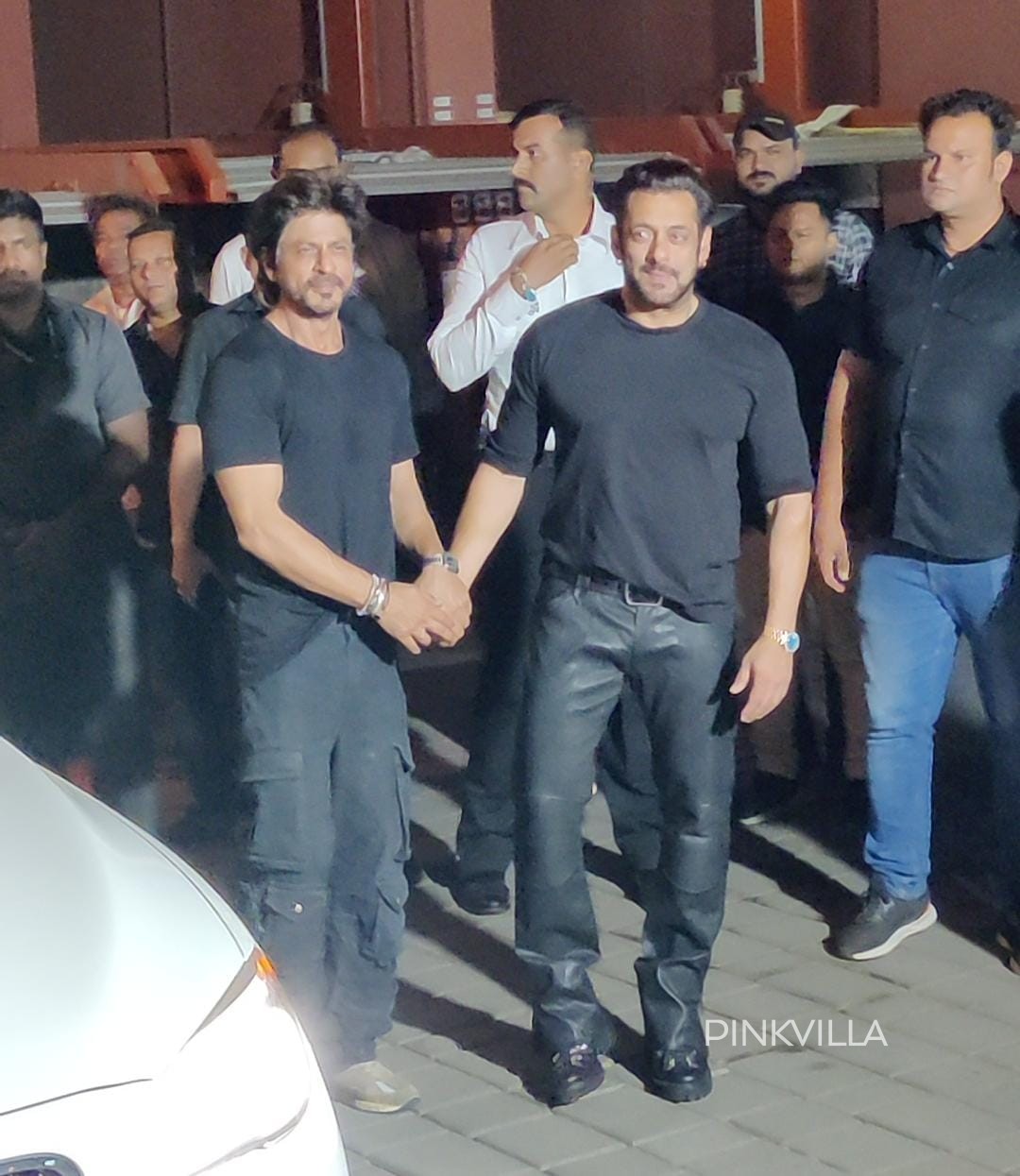 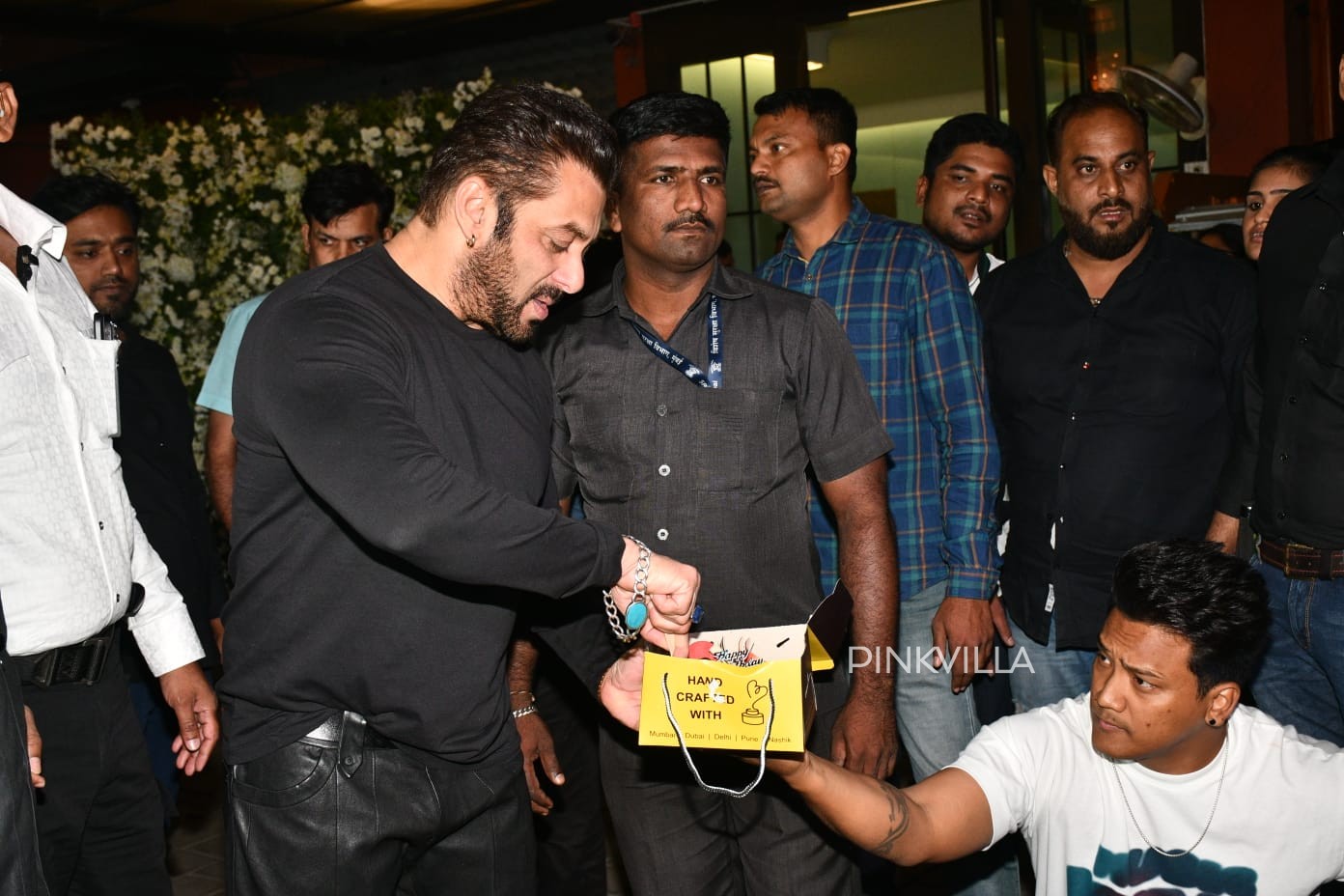 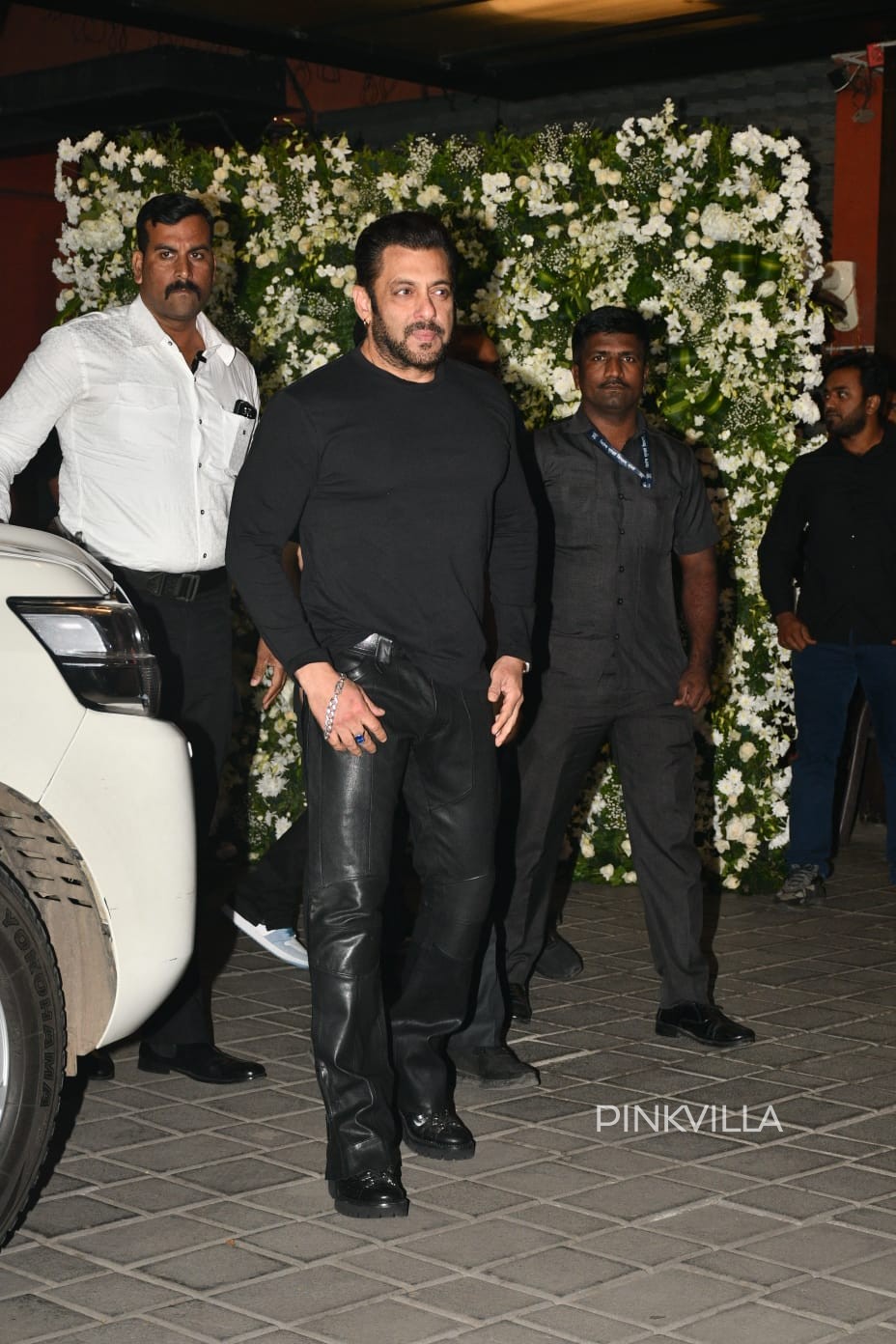 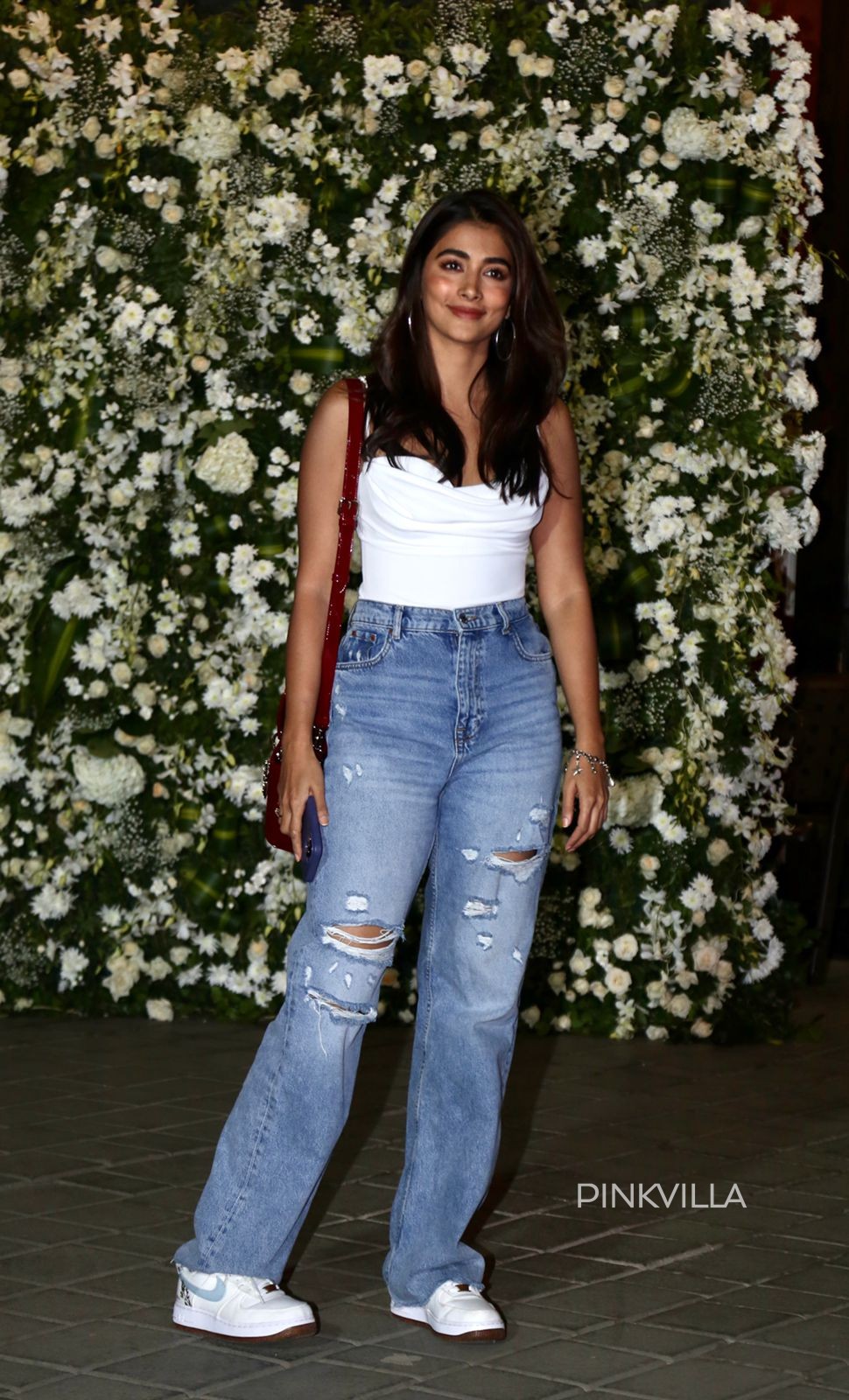 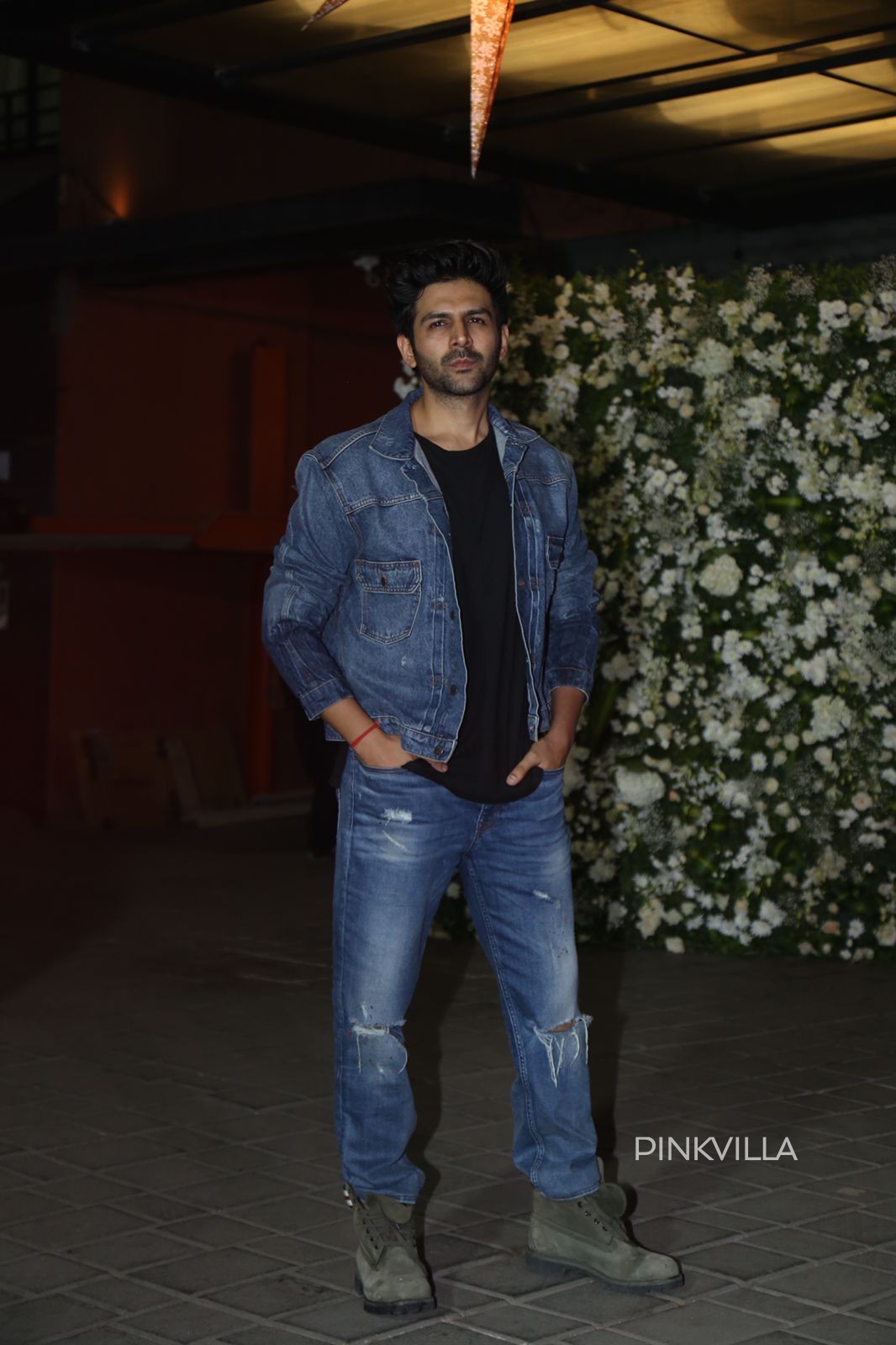 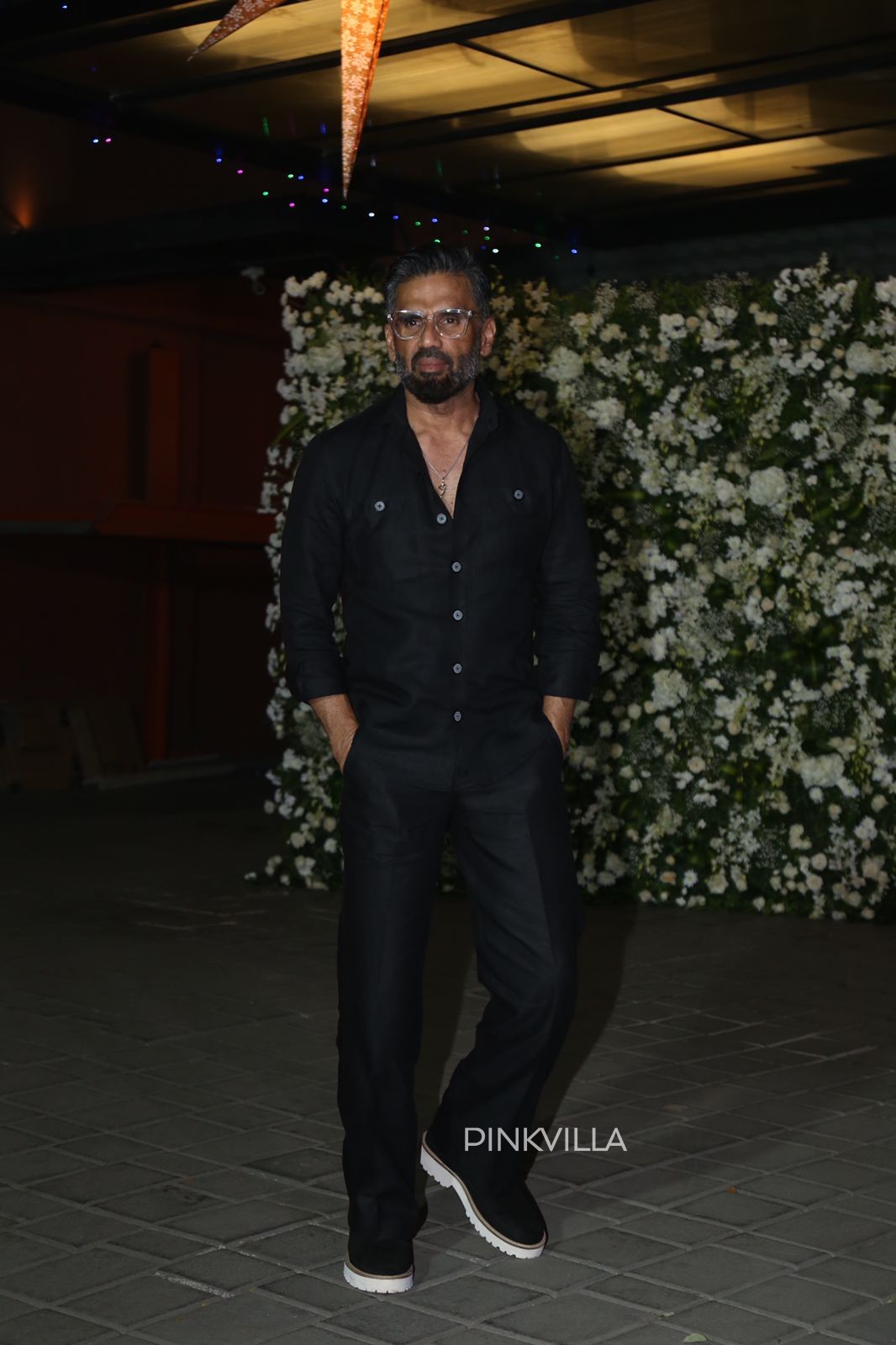 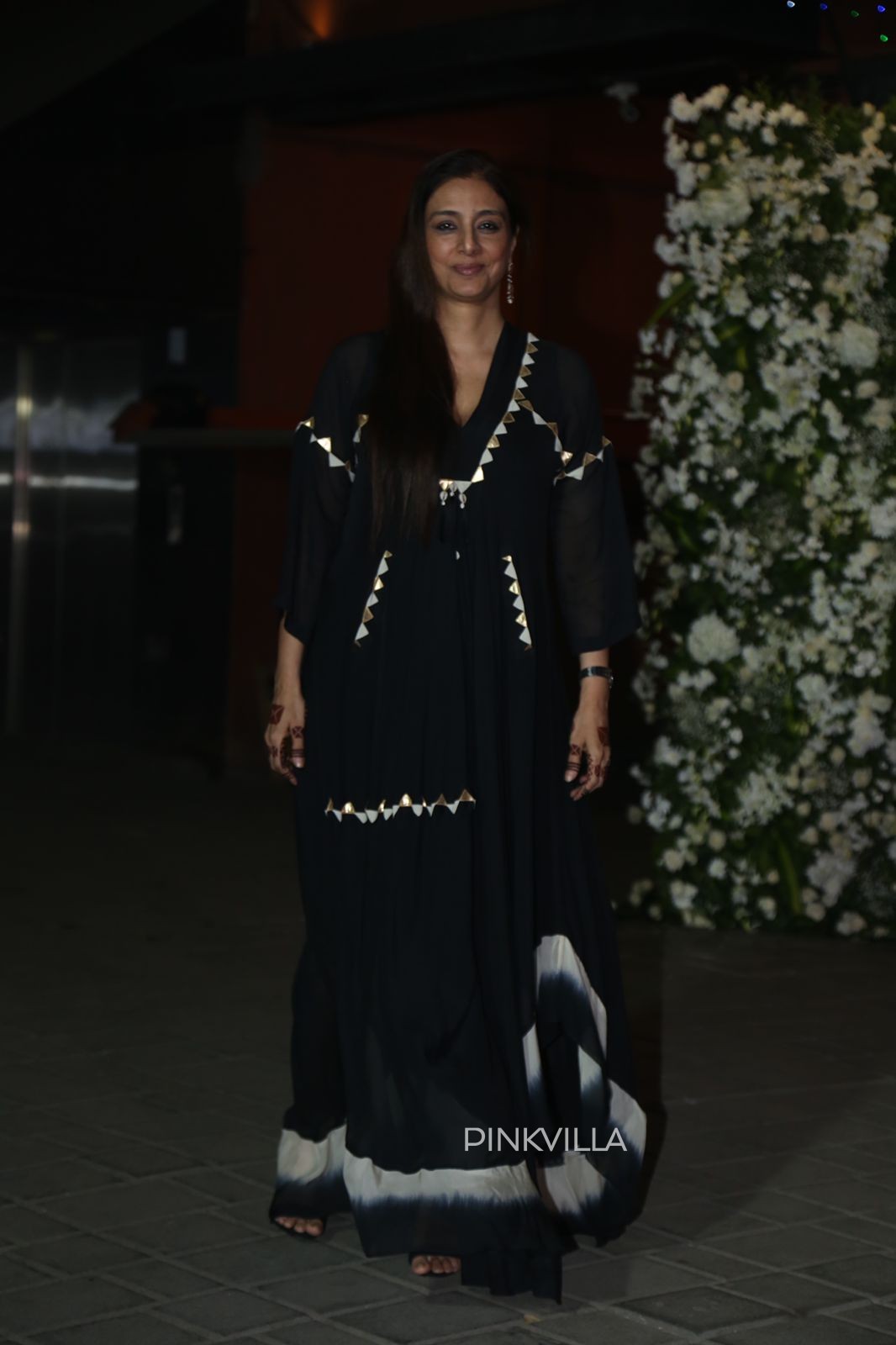 The pictures and videos of Salman Khan's star-studded birthday party are now going viral on social media. Cirkus actress Pooja Hegde, who is set to share the screen with the superstar for the first time in his upcoming film Kisi Ka Bhai Kisi Ki Jaan, looked beautiful in a white spaghetti top, which she paired with distressed denim trousers, white sneakers, and a sling bag. Kartik Aaryan, the young crowd puller of Bollywood looked dapper in a denim jacket and matching distressed trousers, which he paired with a black t-shirt.

Senior actress Tabu looked gorgeous in a black maxi dress, and minimal accessories. Suniel Shetty looked dapper in a black casual shirt and matching trousers, which he paired with statement eyeglasses. Siddhant Chaturvedi was also seen in a stylish all-black look, in a leather jacket which he paired with a matching t-shirt and distressed denim trousers, at the party. The much-loved couple, Riteish Deshmukh and Genelia D'Souza, twinned in black as they arrived at Salman Khan's birthday bash. Genelia looked lovely in a black and white striped short dress. She completed her look with black boots and a sleek bun. Riteish looked at his casual best, in a black pullover and matching denim trousers. 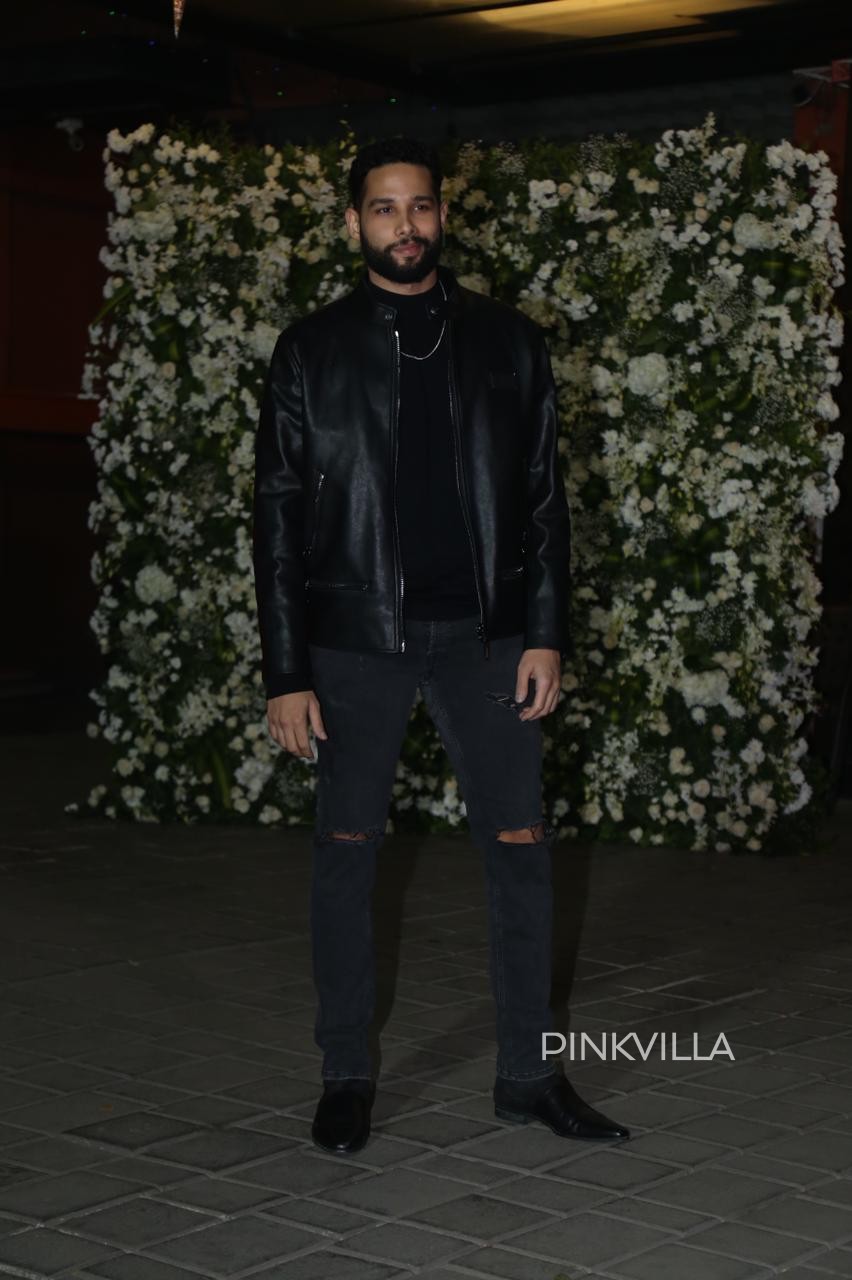 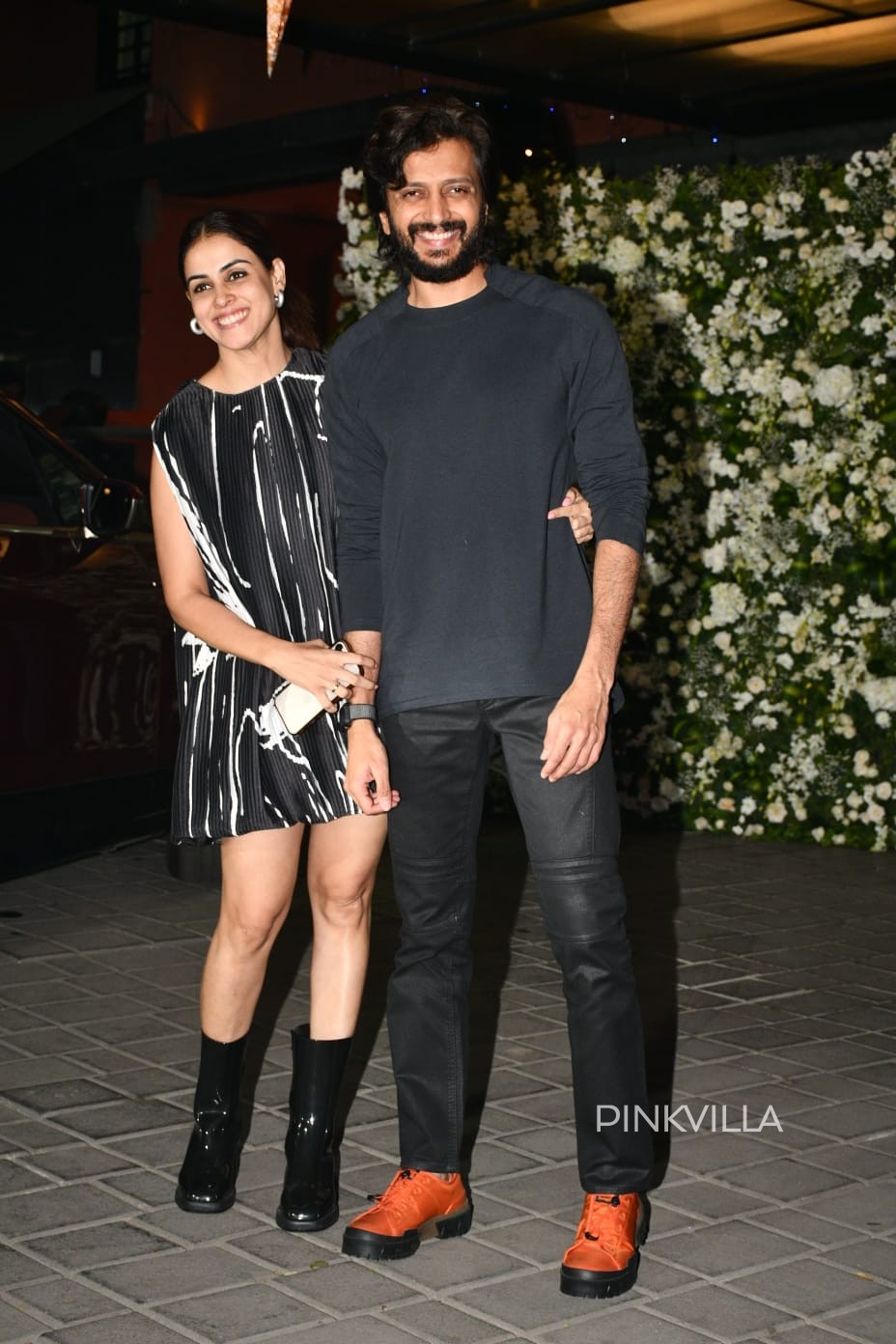 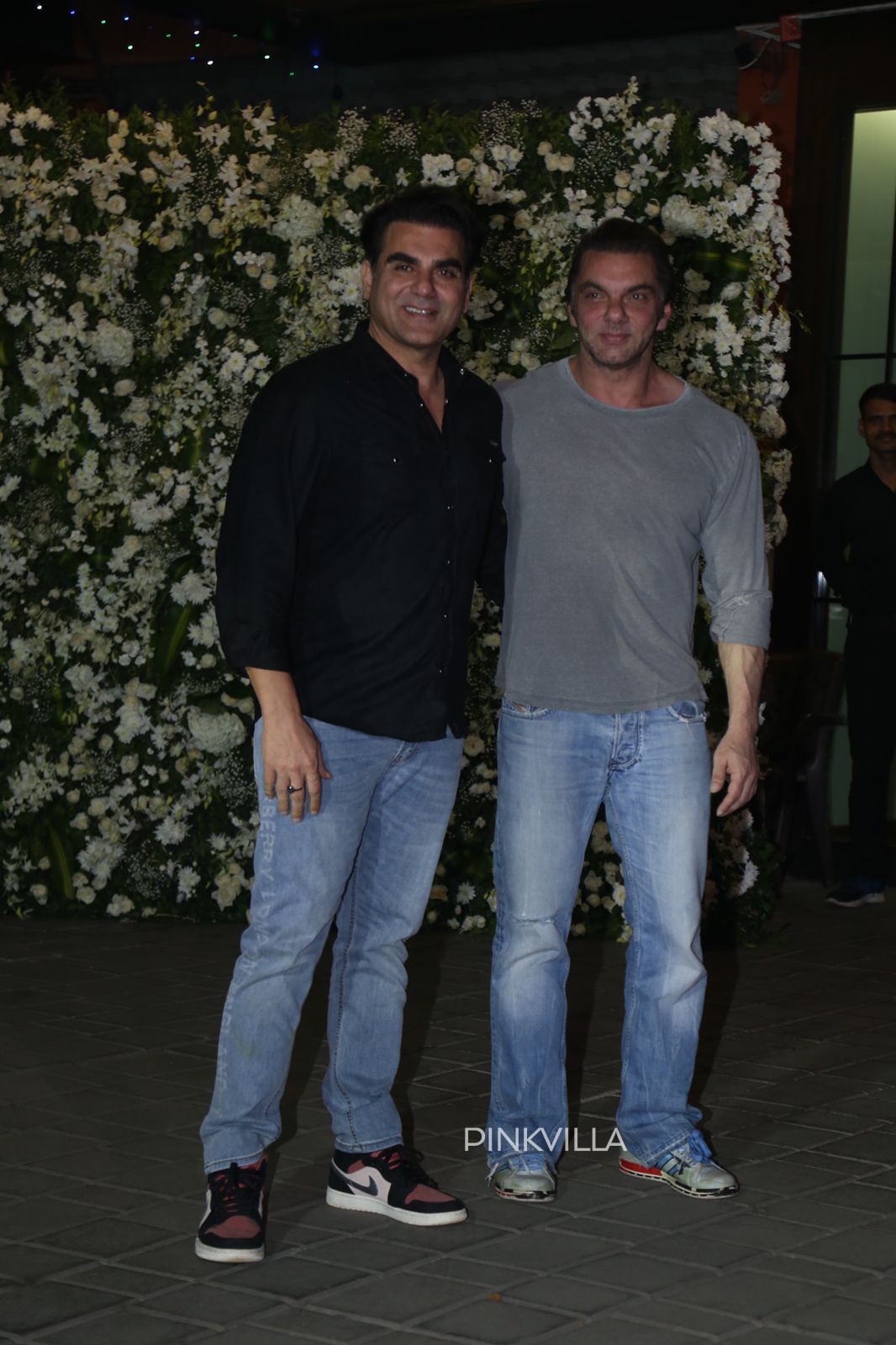 The superstar recently wrapped up the shooting of Kisi Ka Bhai Kisi Ki Jaan, the upcoming family entertainer which is directed by Farhad Samji. The movie, which is said to be an adaptation of the 2014-released Tamil film Veeram which featured Ajith Kumar in the lead role, will have Salman Khan in the role of a doting elder brother who decides to stay unmarried for the sake of his little brothers. Pooja Hegde is playing the female lead in Kisi Ka Bhai Kisi Ki Jaan, thus marking her first onscreen collaboration with Khan. The project features a stellar star cast including Venkatesh Daggubati, Jagapati Babu, Aasif Sheikh, Raghav Juyal, Jassie Gill, Siddharth Nigam, Shehnaaz Gill, Vijendra Singh, Palak Tiwari, Malvika Sharma, and others in the supporting roles. The much-awaited project is slated to hit the theatres in April 2023.

Later, Salman Khan is also set to reprise his popular role Tiger aka Avinash Singh Rathore in the highly anticipated third installment of the Tiger franchise. The movie, which has been titled Tiger 3, is slated to have a grand theatrical release in November 2023. Along with Salman Khan, popular star Katrina Kaif will reprise her role of Zoya Humaimi, an ISI agent who goes undercover to counter Tiger's efforts, only to fall in love with him, in the film. Tiger 3, which is helmed by Maneesh Sharma, might also feature Shah Rukh Khan and Hrithik Roshan in cameo appearances. SRK is expected to reprise his role in Pathaan in the film, while Hrithik will once again play Kabir, his character from War.