Vicky Kaushal and Fatima Sana Sheikh will soon be sharing screen space in Meghna Gulzar’s directorial Sam Bahadur. The film also stars Sanya Malhotra. The shooting already started in June this year and now the actors are heading to Jodhpur, Rajasthan. Fatima shared a selfie on her Instagram stories. Reportedly, Sam Bahadur is based on the life of the Chief of the Army Staff and Field Marshal Sam Manekshaw. The other details have not been shared by the team.

The actress posted a picture with Vicky Kaushal and Zeeshan Ayyub from the flight and wrote 'Ache Bache' in the caption. She also shared another picture in which the actress mentioned ‘off to Jodhpur for #SamBahadur’. Fatima will be playing the character of former late Prime Minister Indira Gandhi. Talking more about Sam Manekshaw, he was the first Indian Army officer to be promoted to the rank of Field Marshal and his military victory in the 1971 Indo-Pak war led to the formation of Bangladesh. 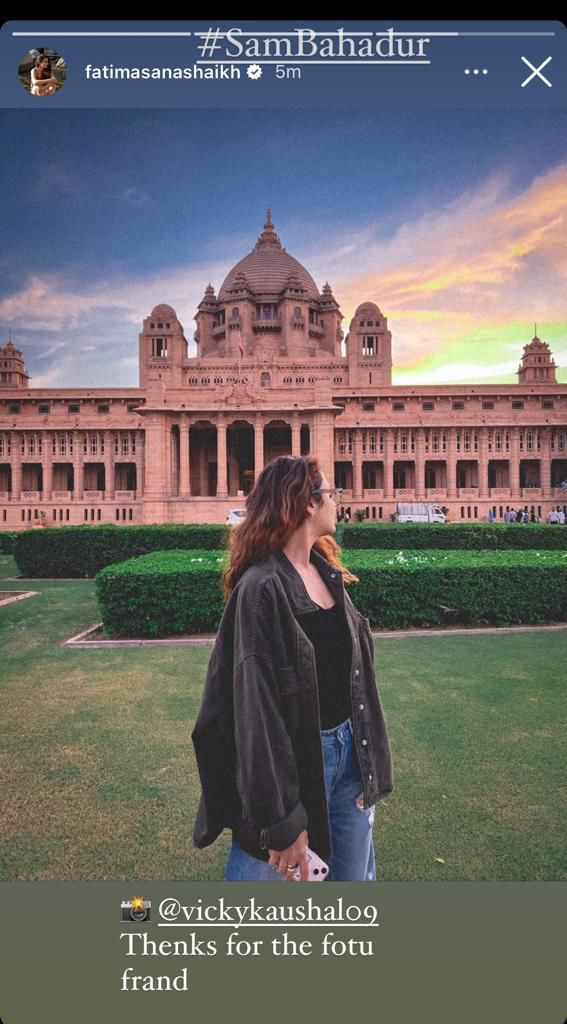 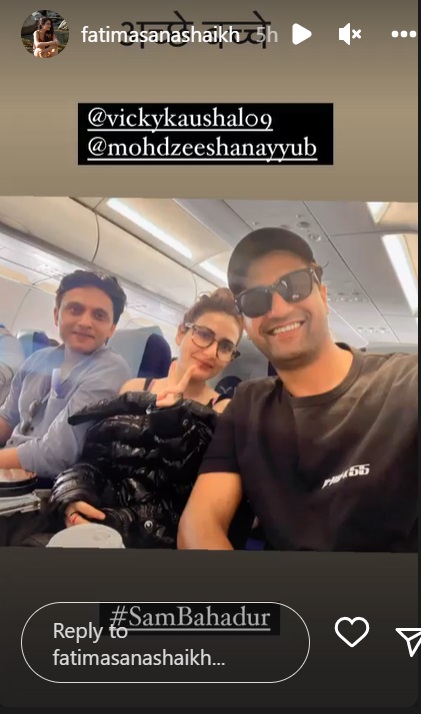 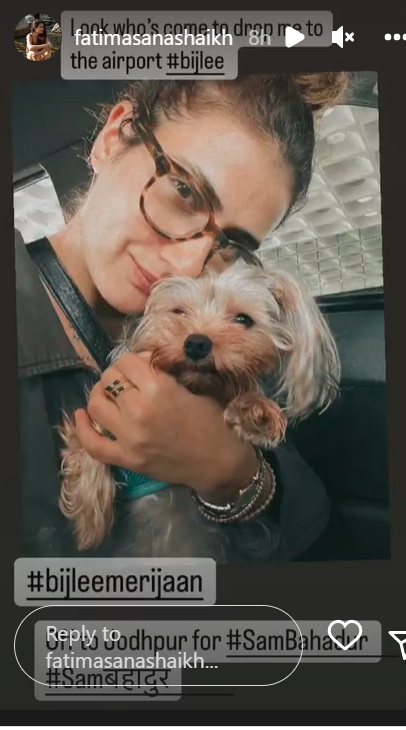 On the work front, Fatima Sana Sheikh has an interesting lineup and will also be seen in Dhak Dhak directed and co-written by Tarun Dudeja, and co-produced by Taapsee Pannu, Pranjal Khandhdiya, and Ayush Maheshwari. The actress was last seen in Thar which was released on digital platform.

The actor will be seen next in Govinda Naam Mera with Bhumi Pednekar and Kiara Advani. Apart from this, he also has Laxman Utekar’s yet-to-be-titled film with Sara Ali Khan. Vicky also has Anand Tiwari's yet-to-be-titled movie with Triptii Dimri and Ammy Virk in the lead.