Shah Rukh Khan looks fierce in a power-packed fresh poster from Pathaan; Check it out Shah Rukh Khan is going to return to the screen with a bang! He will be starring in Siddharth Anand's directorial Pathaan alongside Deepika Padukone and John Abraham in the lead. It is one of the most awaited films of 2023. The film is all set to hit the theatres on January 25, 2023, in Hindi, Tamil, and Telugu. Every little update about Pathaan leaves fans restless and on Tuesday, the makers of the action movie unveiled Shah Rukh's new poster.

In the new power-packed poster, Shah Rukh is seen holding onto a rifle as he flaunted a rugged avatar. Talking about King Khan's look in Pathaan, Siddharth said that he wanted to make SRK the symbol of alpha and machismo. He said that SRK has sported countless looks that have shaped the pop culture of the country and inspired generations of youngsters to dress like the king of Bollywood. "His looks are associated with moments and memories of people and it won’t be wrong to say that he has made India more fashionable through his style in films. So, it was a task and a big challenge to craft a look that is extremely different for SRK, who is playing a daredevil spy in Pathaan!," said Siddharth. 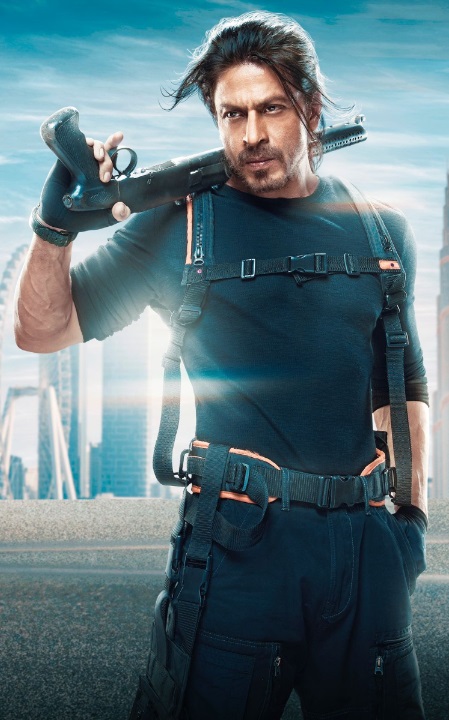 Further, Siddharth said that the makers of Pathaan wanted to capture the essence of his character, which is inherently cool, through what he wears and his hairstyle. He added: "We wanted someone who is effortlessly cool and hot at the same time, through his look.” The first teaser of Pathaan was unveiled by the makers on Shah Rukh Khan's birthday this year. It received a positive response from the audience.

Apart from Pathaan, Shah Rukh will also be seen in his upcoming film Dunki, directed by Rajkumar Hirani. He also has Atlee's Jawan in the pipeline alongside Nayanthara.