Shanaya Kapoor is indeed a fashion icon in the fashion industry. And last week has indeed been a special week for the diva as she was spotted on numerous occasions at various Diwali parties thrown by B-Town celebs. A few days back, we spotted Shanaya—the daughter of Maheep and Sanjay Kapoor—at fashion designer Manish Malhotra’s Diwali bash. And now we have spotted her at Sonam Kapoor and Anand Ahuja’s Diwali bash.

As she arrived at the venue, we were mesmerized by looking at her attire. She even dropped pictures of her attire on Instagram. Donning her regal lehenga, she looked like a princess who knew how to carry her attire well with ease and grace.

She captioned her photos by saying, “Favourite time of the year. Happy Diwali! Love, light, endless celebration, and lots of mithai.” With this, she attached a bunch of emojis. 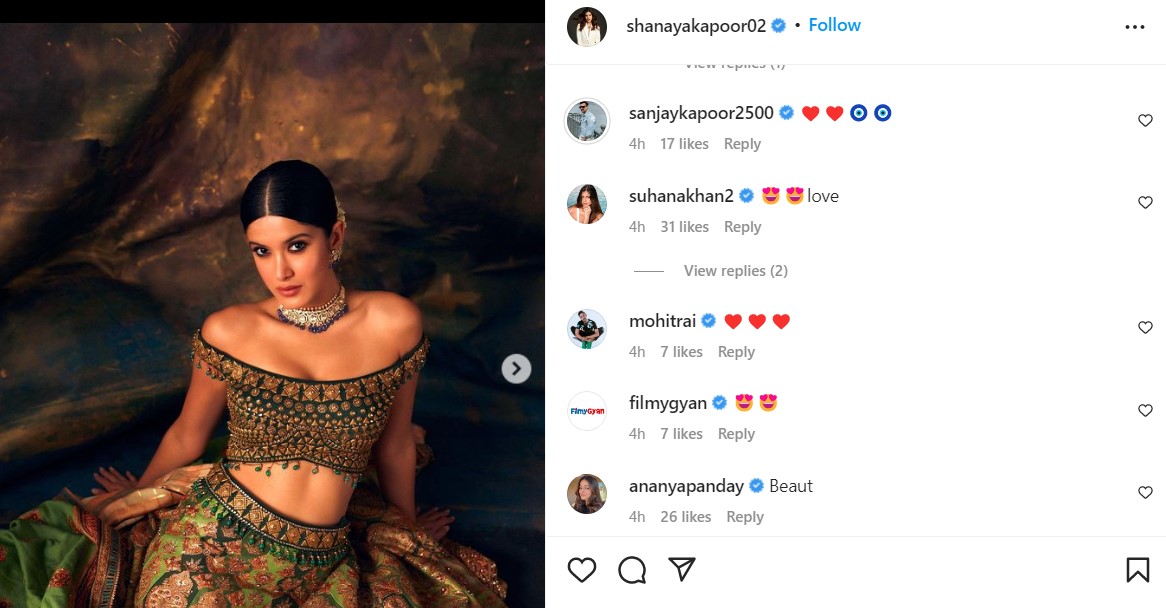