Shraddha Kapoor nails street fashion like a pro. Check out her latest photos for proof Shraddha Kapoor is one of the most popular actors in the tinsel town of Bollywood. In her career in showbiz, she has impressed the audience and showcased her acting potential in several films like Aashiqui 2, ABCD 2, Ek Villain, and more. Apart from impressing her fans on the silver screen, she also keeps them engaged with her posts on social media as she treats them to little glimpses of her personal and professional lives. A few hours back, the actress was spotted by the shutterbugs in Delhi. Check out her latest photos.

Sometime back, Shraddha was photographed. She was seen opting for a casual, cozy, and stylish OOTD. The actress donned a baggy black sweatshirt with a graphic print on it. Shraddha teamed it up with a pair of blue denim pants. She wrapped up her look with a pair of white sneakers. She left her hair open and sported a minimal and fresh makeup look. Shraddha also carried a black side bag with her. She smiled and waved at the paps as they photographed her from a distance. 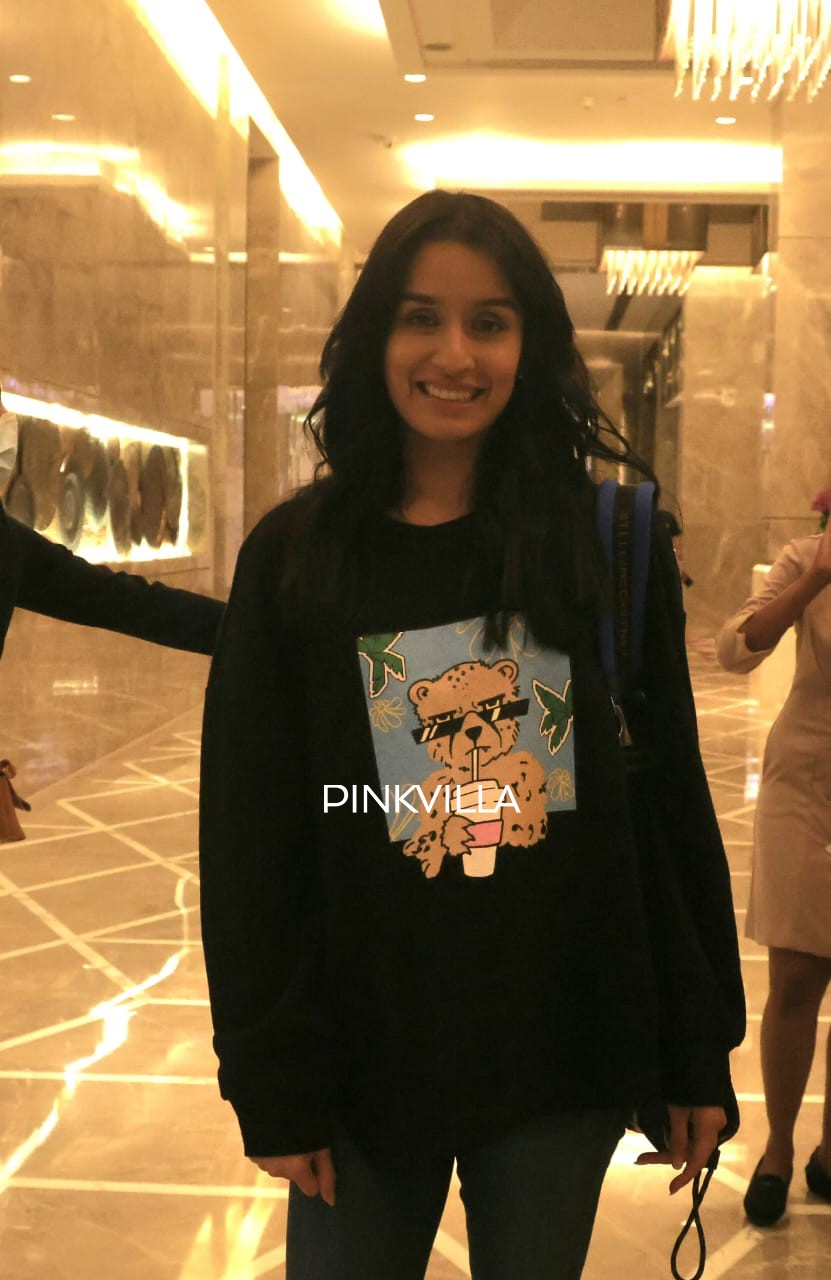 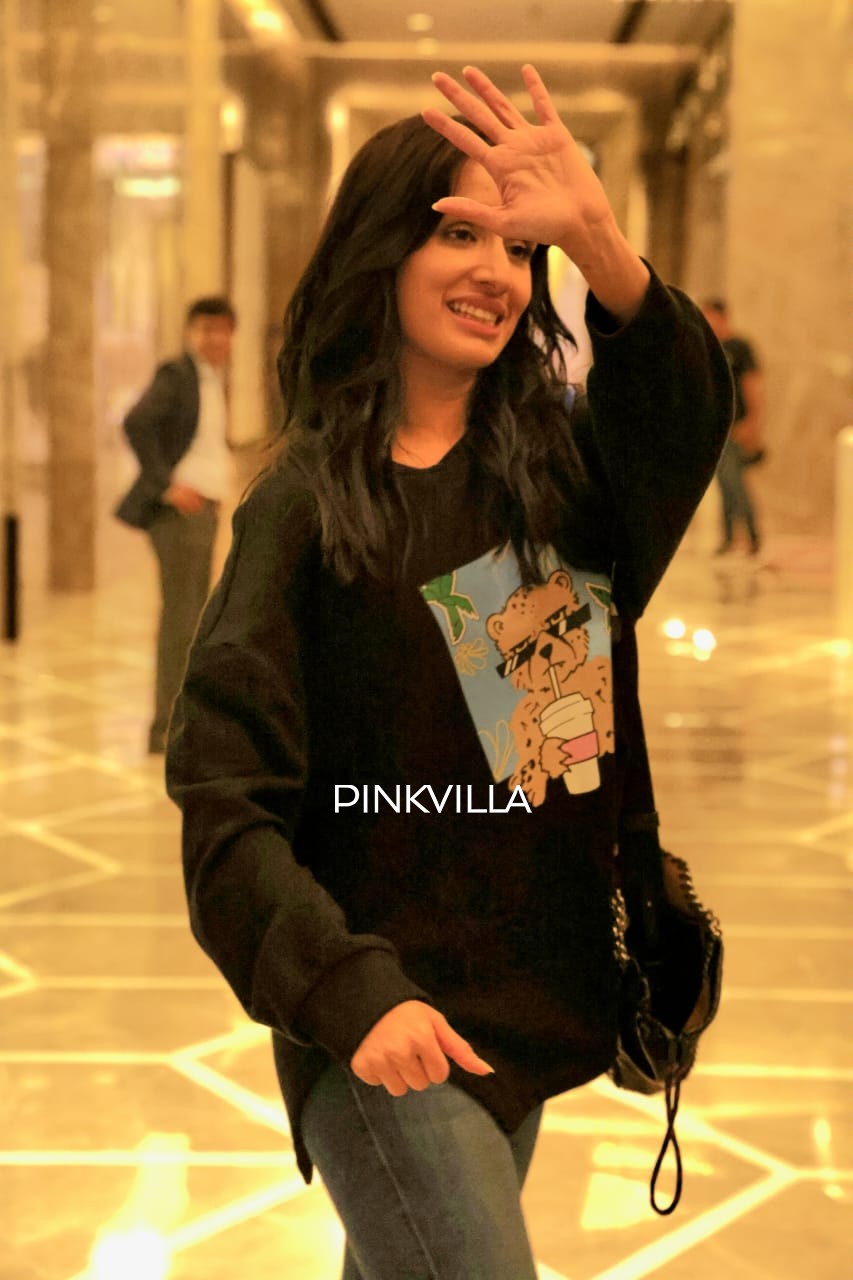 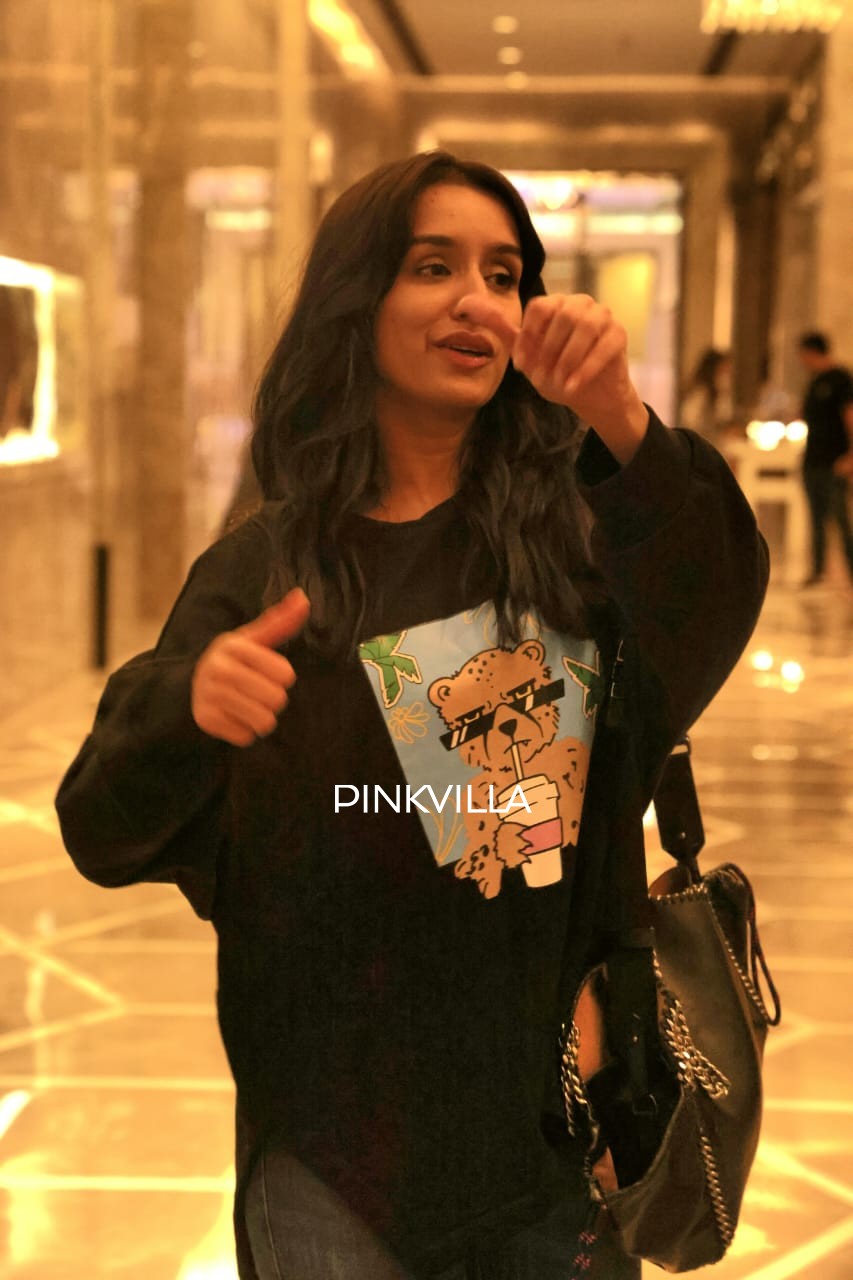 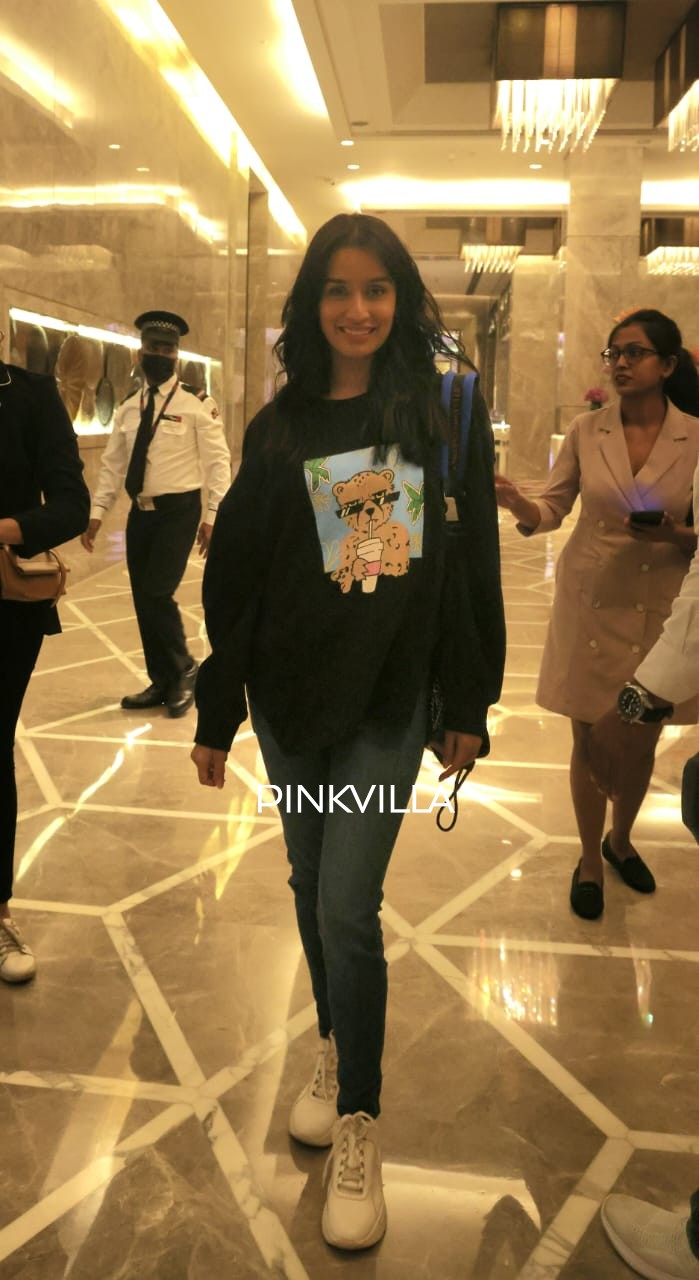 Shraddha, who was last seen in Baaghi 3 alongside Tiger Shroff, will be next seen in Luv Ranjan’s untitled romantic comedy-drama with Ranbir Kapoor. The film is bankrolled by Luv Films and T-Series. The on-screen couple attended their director Luv Ranjan’s intimate wedding in Rajasthan earlier this year. They shot for the film in Spain a few months back. On July 30 this year, it was reported that the sets of Luv Ranjan’s upcoming untitled movie featuring Ranbir and Shraddha in the lead had caught fire. The set of the movie was built in Chitrakoot Studios, Andheri West, Mumbai. The film is slated to release on Holi 2023.

Apart from this, she is also working on her comedy project titled Chaalbaaz with director Pankaj Parashar in London. Shraddha also has Nikhil Dwivedi's untitled trilogy film in the pipeline.

ALSO READ: Priyanka Chopra poses by the window with baby Malti; Shares glimpses from their first trip to NYC