Sonakshi Sinha and Zaheer Iqbal have been rumoured to be dating for quite some time now. Sonakshi Sinha and Zaheer Iqbal began their Bollywood journeys through Salman Khan’s ventures. While Sonakshi made her debut in the industry with the 2010 film, Dabangg opposite Salman, Zaheer also starred in Salman’s 2019 production movie, Notebook. Sonakshi and Zaheer have been linked up with each other for several years. It was allegedly at a party hosted by Salman Khan, where both Zaheer and Sonakshi met. The duo also engages in social media PDA with each other. Often, the two are seen hanging out in Mumbai together.

On Thursday, Sonakshi and Zaheer stepped out in the city for a dinner date at a plush restaurant in Mumbai. Varun Sharma also joined the duo and shared a candid photo of Sonakshi and Zaheer where they can be seen smiling and looking at each other. Sharing the picture, the Fukrey actor wrote, "Oyeeee hoyeeee isey kehte hai blockbuster jodi." Sonakshi and Zaheer are yet to confirm their relationship. In the photo, the actress looked stunning as she wore a white bodycon dress and paired it with a white blazer, while Zaheer looked dapper in a black and white shirt.

Check out Sonakshi and Zaheer's PIC: 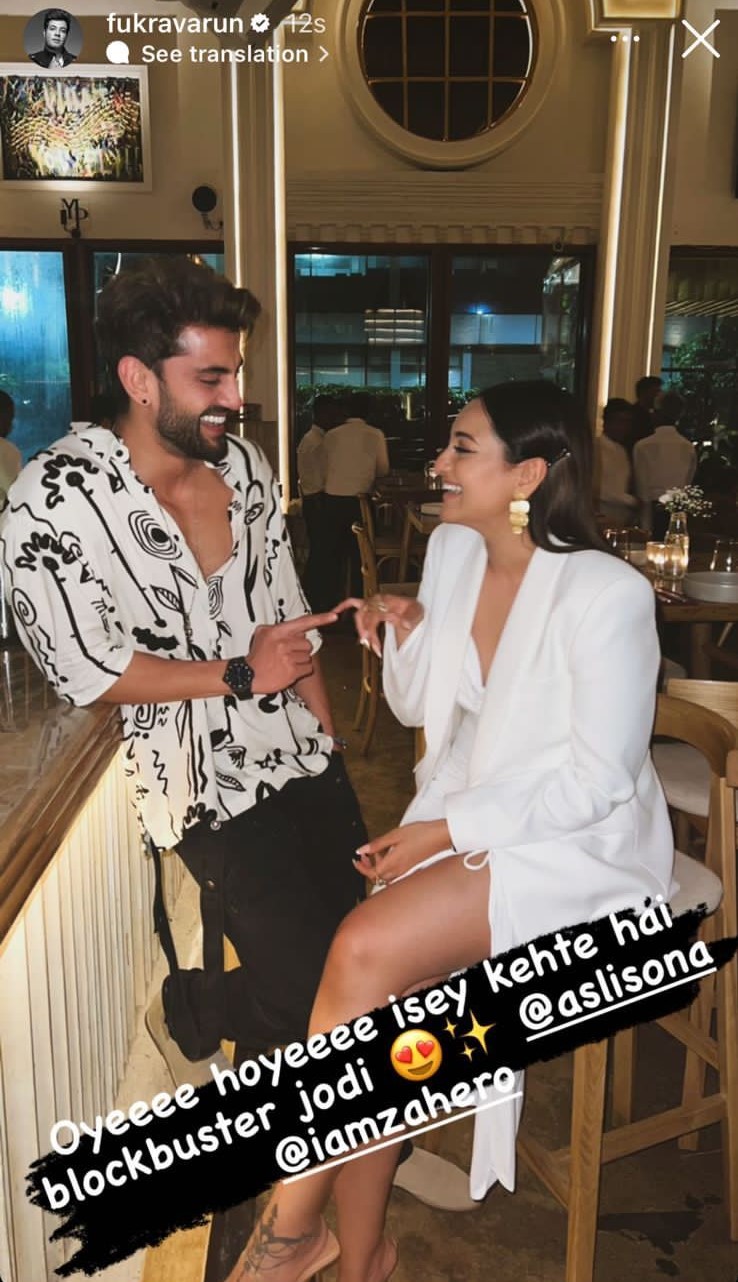 Earlier this year, Zaheer shared a heartfelt birthday post for Sonakshi on his Instagram handle. He wrote: "Happy Birthday Sonzzz Thank You for not killing me I Love You Here’s to a lot more food, flights, love and laughter P.s - This video sums up the entire time we’ve known each other." Sonakshi responded to the birthday wish and wrote, "Thaaankkk uuu … love uuu ️… now I am coming to kill uuuuuuuu."

Meanwhile, on the work front, Sonakshi Sinha will be seen in Double XL alongside Huma Qureshi and Zaheer Iqbal. It is set for release this year and is directed by Satram Ramani. Reportedly, the movie is about plus-sized woman who fights against bullies and body shamers. From Libra to Aquarius: 4 Zodiac signs that are mo... Sonakshi Sinha on dating and wedding rumours: Even... Sonakshi Sinha turns heads in her pretty attire as...