Suhana Khan looks like a million dollars as she poses in a yellow bodycon dress; PIC

Suhana Khan will soon be making her Bollywood debut in The Archies. Suhana Khan looks like a million dollars as she poses in a yellow bodycon dress; PIC (Image: Suhana Khan Instagram)

Suhana Khan is one of the most popular star kids on the block. Shah Rukh Khan and Gauri Khan’s daughter Suhana will be soon making her Bollywood debut with Zoya Akhtar’s The Archies. However, she has been a part of the showbiz limelight since childhood itself. She is often photographed by the media personnel as and when she steps out in the city. Moreover, Suhana is quite popular on her social media space too, where she likes to keep an active presence. Every now and then, she treats fans and followers to glimpses of her life, while they keep coming back for more. Keeping up with this trajectory, a few hours back, Suhana yet again shared a beautiful photo on the ‘gram. Have you seen it yet?

A few hours back, Suhana took to the story feature on Instagram and shared a new photo. She was seen standing beside an acquaintance as she made her way back from a nail salon. Suhana looked stunning as she donned a beautiful bodycon mini yellow dress. She layered it up with a cropped blue shirt. Suhana styled her outfit with a pair of heels and wore her hair down. Her look was elevated even further with her flawless makeup look with lip tint and blush. She smiled and posed with her friend while the picture was clicked.

In the next picture, she also flaunted her newly-done pretty nails. 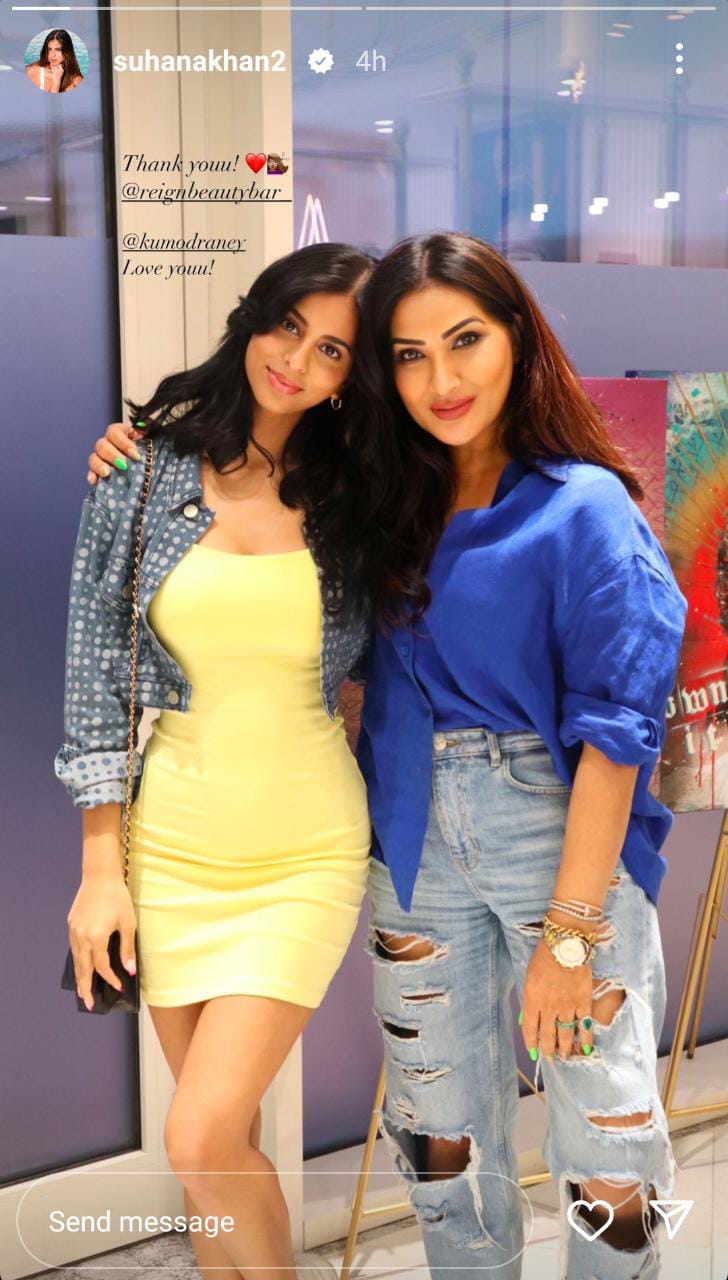 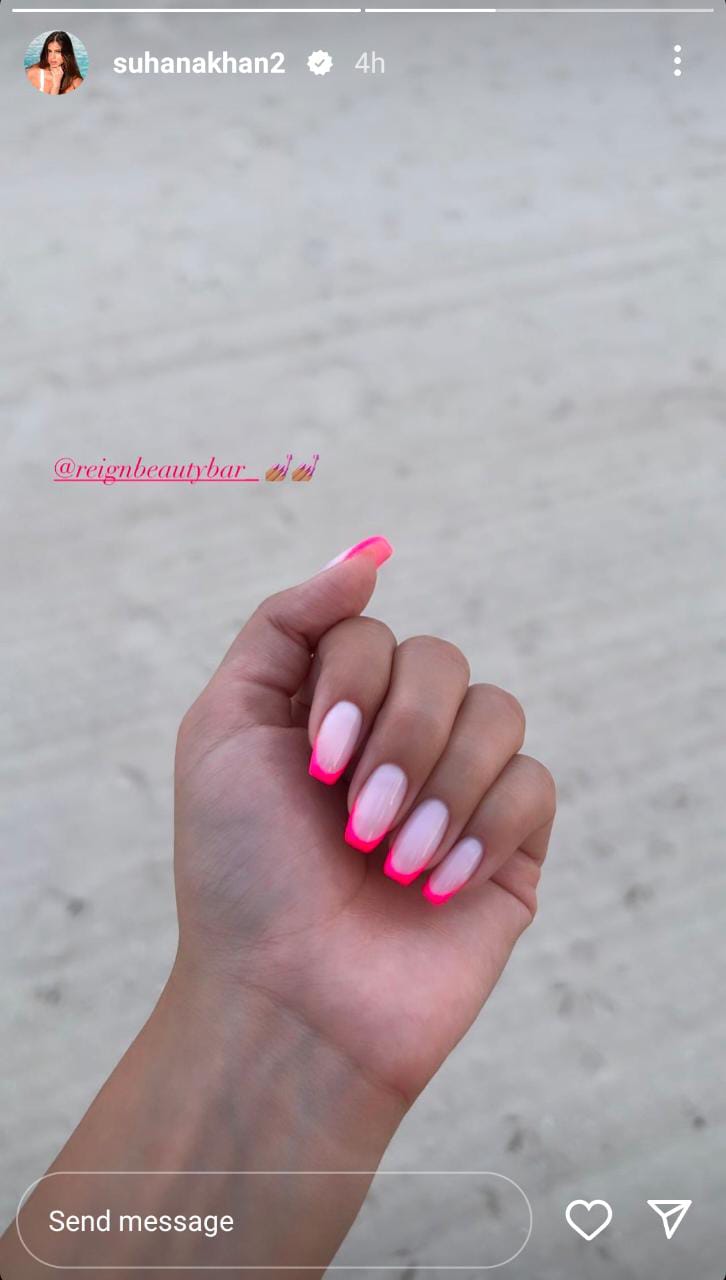 Suhana is all set to make her acting debut with The Archies, directed by Zoya Akhtar. It is an Indian adaptation of the popular international comic of the same name. Apart from her, Khushi Kapoor and Agastya Nanda will be making their Bollywood debuts with the movie too. Yuvraj Menda, Mihir Ahuja, Dot, and Vedang Raina are the other actors in the film. The film is set in the 1960s and has been shot in Ooty.