Ever since it was announced that Ranbir Kapoor and Shraddha Kapoor have teamed up for Luv Ranjan’s romantic comedy film fans have been eagerly waiting to see the trailer of the film. Well, Luv made sure to even keep the title of the film suspense until a few weeks back and the title, Tu Jhoothi Main Makkaar took everyone by a pleasant surprise. Even the posters featuring Shraddha and Ranbir are quite interesting and fans are really waiting with bated breaths to see this fresh pairing on the silver screen. As promised, the trailer of the film is finally out and we bet it is going to take your excitement levels a notch higher. Scroll down to check out the top 5 moments from the trailer.

It was earlier reported that this film will have steamy kissing scenes between Ranbir Kapoor and Shraddha Kapoor. You will get to see a couple of them in the trailer itself. Indeed, Ranbir and Shraddha’s chemistry brings a new freshness to the screen and the first high point in the trailer was the opening kissing scene between the two. Ranbir and Shraddha sitting by the beach and kissing each other as the sun sets right in front of them, isn’t it very romantic? Well, we can only say that this is just the beginning. 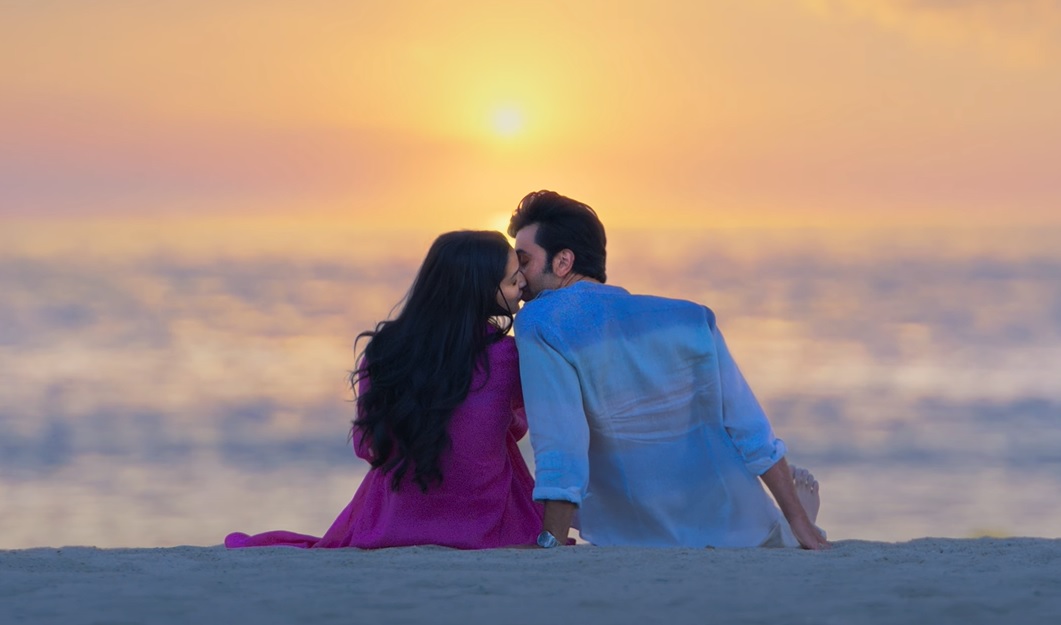 It is not very often that you see Shraddha Kapoor flaunting her hot bikini body on the silver screen. Well, when Tu Jhoothi Main Makkaar was being filmed, a picture of the actress wearing a Pink bikini had gone viral. It looks like the makers had to have that particular pink bikini scene in the trailer as well. So here it is, Shraddha flaunting her hot bikini body and looking extremely sexy while Ranbir looks cool in these yellow shorts trying to impress her. 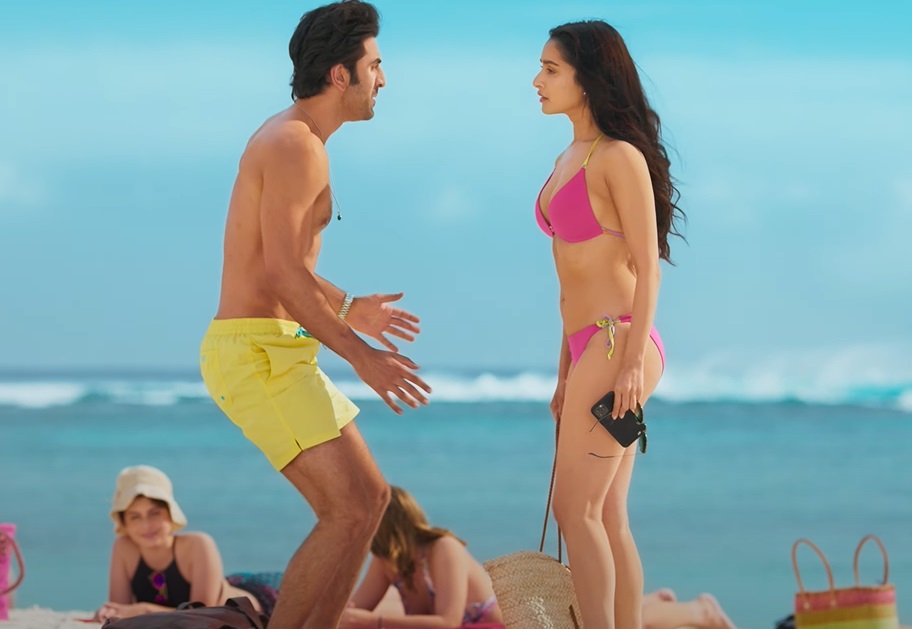 There is something with these actors and their perfectly carved abs. They have a different effect on their female fans altogether. Imagine watching Ranbir Kapoor flaunt his chiseled abs on the big screen? Wouldn’t it make all his fans go gaga over him? Well, we bet this scene is absolutely going to spread Ranbir’s charm and make his fans drool over his hot body. 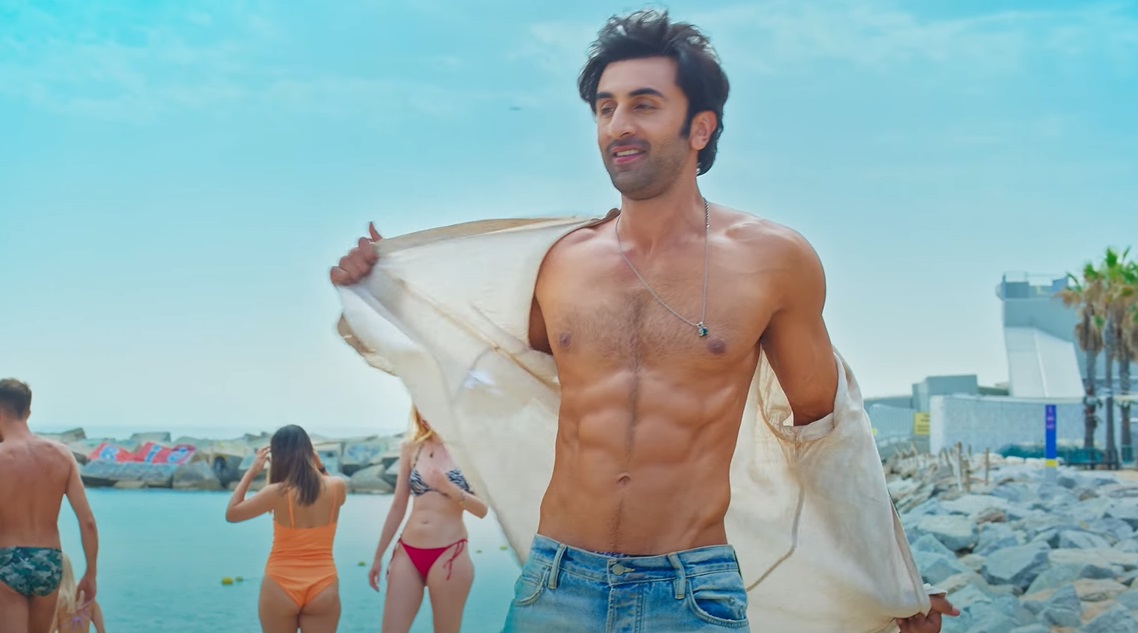 Here is yet another kissing scene between Shraddha Kapoor and Ranbir Kapoor which is definitely another high point of the trailer. In this scene, we can see Ranbir going down on his knees while Shraddha looking gorgeous in a red dress bends down to kiss him. What makes this scene more romantic is the perfect moonlight in the background and the waves hitting the two as they kiss. 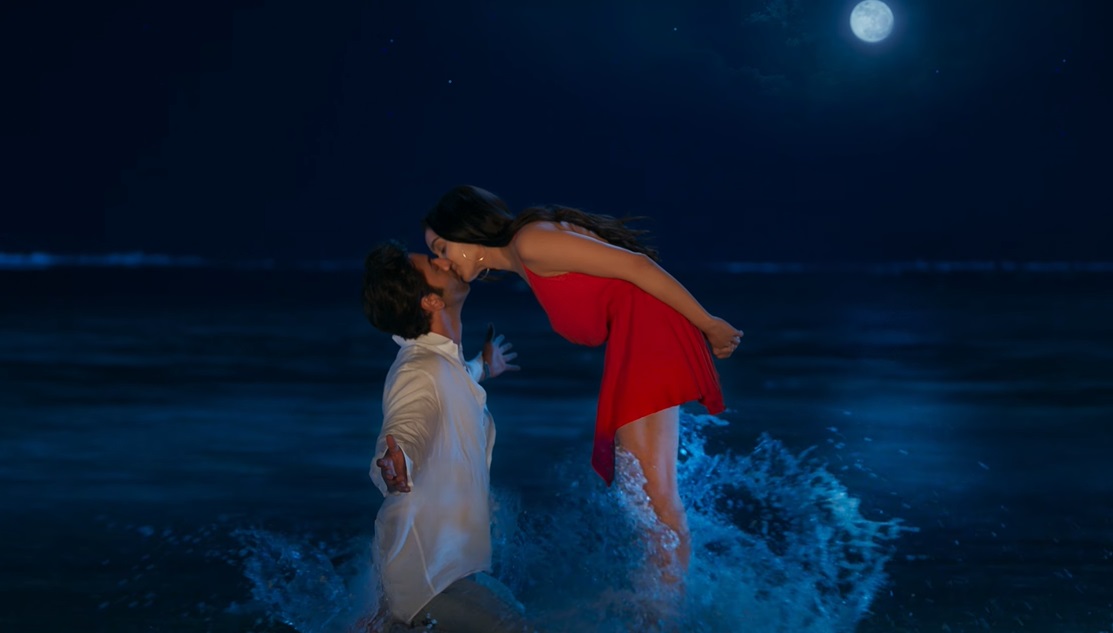 A slapping scene is never too easy even for the actors. Well, in this particular scene we can see Dimple Kapadia giving a tight slap to Ranbir Kapoor while Shraddha Kapoor stands with her eyes closed. As difficult as it looks, we bet the scene is going to be quite entertaining and hence it definitely is one of the top moments of the trailer.

Tu Jhoothi Main Makkaar also features Boney Kapoor and Dimple Kapadia in key roles with a cameo from Kartik Aaryan. Earlier in an interview with Pinkvilla, Boney Kapoor had opened up about his role in Tu Jhoothi Main Makkaar. The producer-turned-actor had said, “But, neither am I a Jootha nor a Makkar. I am a dutiful son of a mother, a henpecked husband of my wife. The music is great, Luv Ranjan is a delight to work with. I was going to reject the offer, but Luv convinced me to do the film. It has been a fantastic experience and I am glad I tried my hands at acting. I hope people enjoy seeing the film. It’s very entertaining.”

Tu Jhoothi Main Makkaar is Luv Ranjan’s 5th directorial after Pyaar Ka Punchnama, AkashVaani, Pyaar Ka Punchnama 2 and Sonu Ke Titu Ki Sweety. It’s said to be an out-and-out family entertainer, and in an interaction with Pinkvilla, Bhushan Kumar, who is producing the film with Luv Ranjan and Ankur Garg, had showed immense faith in the music album of this film. The filmmaker believes that it has songs that appeal to all sections of the audience – from youth to families.

Anonymous
Jan 23, 2023
chemistry between shraddha and Ranbir is on fire
0 REPLY

Anonymous
Jan 23, 2023
The chemistry between two is unmatched
0 REPLY

Alia Bhatt has suggested this FUNNY title for Ranb...

Shraddha Kapoor drops POSTER of her next film with...