Boney Kapoor and Sridevi’s daughter Khushi Kapoor has already amassed a huge fan following on social media, even before her acting debut. The star kid already has multiple fan pages on Instagram, all of which share the most amazing pictures of Khushi every time she is spotted in the city. Recently we came across a series of snaps shared by her close friend Orhan Awatramani, and looks like Khushi Kapoor, Varun Dhawan, Varun Sharma, Palak Tiwari and Orhan had a blast partying together in Mumbai.

One of the pictures shared by Orhan shows a collage of him posing with Khushi Kapoor and another friend. Khushi looks absolutely gorgeous in a white dress and she accessorized her look with a small black handbag. Another picture clicked at the same party shows Varun Dhawan posing alongside Orhan and Varun Sharma. Sharing the picture, Orhan wrote, “A Varun sandwich.” Another picture shows Orhan and Shweta Tiwari’s daughter Palak Tiwari enjoying a game of bowling at the same party. They can both be seen smiling at the camera as they held the bowling balls.

The pictures have gone absolutely viral on social media. Take a look at them below. 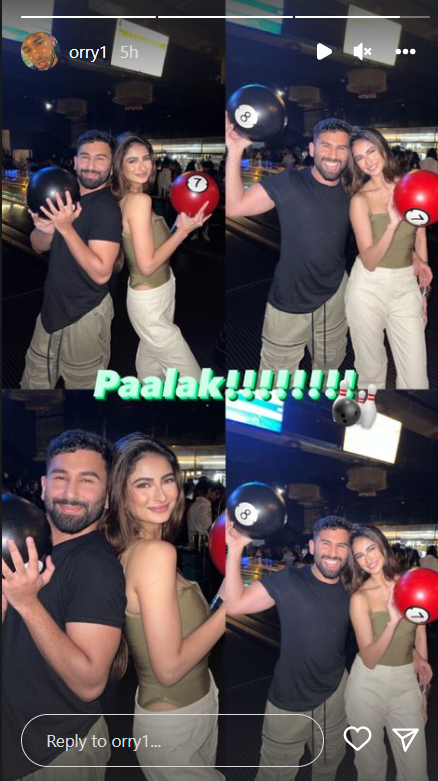 On the work front, Khushi Kapoor will make her debut in Zoya Akhtar’s The Archies, which also stars Suhana Khan, Agastya Nanda, Mihir Ahuja, Dot, Yuvraj Menda, and Vedang Raina. The film will release on Netflix in 2023.

Varun Dhawan is gearing up for the release of his film Bhediya, co-starring Kriti Sanon. The film is slated for a theatrical release on 25 November 2022. He will also be seen in Bawal along with Janhvi Kapoor. Meanwhile, Pinkvilla had exclusively reported that Varun Dhawan and Samatha Prabhu are headlining Citadel, helmed by filmmaker duo Raj Nidimoru and Krishna DK.

ALSO READ: Koffee With Karan 7: Varun Dhawan reveals not being cast in Karan Johar’s films made him doubt his abilities