Varun Dhawan says it's 'Bhediya season real soon' as he flaunts his beard; Hints at a special surprise Varun Dhawan to shoot for a special song for 'Bhediya' soon.

Varun Dhawan is one of the most talented actors in the industry today. The actor made his debut with Karan Johar's Student Of The Year co-starring Sidharth Malhotra and Alia Bhatt in the lead role and has never looked back ever since. Varun, who was last seen in JugJugg Jeeyo alongside Kiara Advani, is currently gearing up for the release of Bhediya. He will be reuniting with his Dilwale co-star Kriti Sanon. Bhediya is scheduled for a theatrically worldwide on 25 November 2022.

Now, ahead of the movie's release, Varun revealed that he will be soon shooting for a special track. Taking to his Instagram story, the actor recorded a video, in which, he is heard saying, "Everyone can see the beard is growing back up, which means it's Bhediya season real soon. November 25th we are coming for you. You better be ready. Shooting a very very special track soon and special surprises on the way." The film also stars Abhishek Banerjee and Deepak Dobriyal. 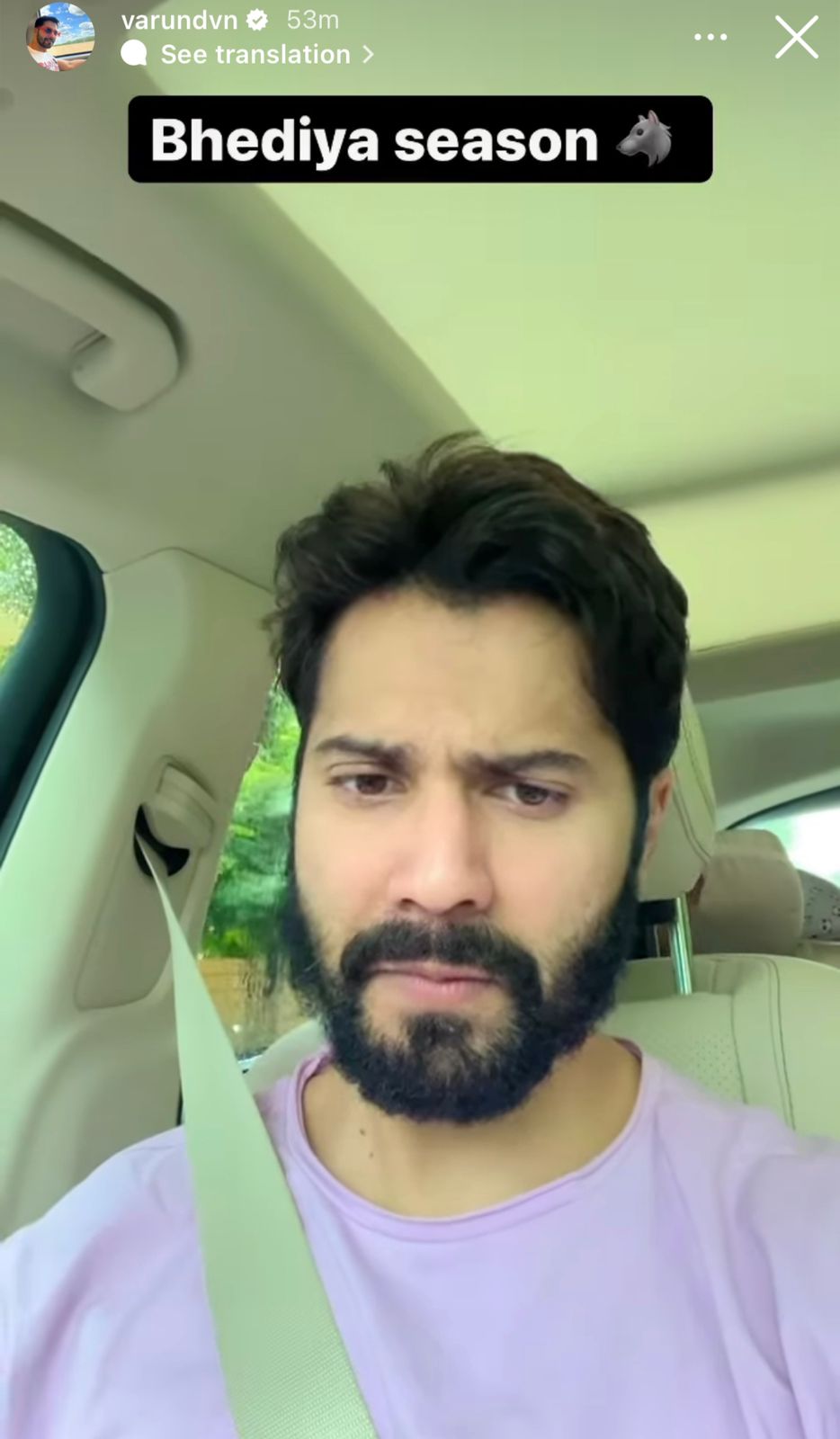 Bhediya is the third installment in Dinesh Vijan's horror-comedy universe. The comedy horror film is directed by Amar Kaushik. The film is produced by Jio Studios and Dinesh Vijan’s Maddock Films. In a statement, Amar said, “Bhediya is a tale filled with awe-inspiring imagery. Each and every member of the cast and crew knew that we were crafting something very special. It’s not just the path-breaking VFX; the film is a feast for the eyes in every aspect possible.”

Meanwhile, on the work front, Varun will be seen next in Bawaal alongside Janhvi Kapoor. It is helmed by National Award-winning filmmaker Nitesh Tiwari, who is best known for his 2019 released movie, Chhichhore. Meanwhile, Pinkvilla exclusively reported that Varun will be headlining Russo Brothers’ Citadel alongside Samantha Ruth Prabhu. It will be helmed by filmmaker duo Raj Nidimoru and Krishna DK.