Vicky Kaushal is currently busy with the shooting of his next film Sam Bahadur. The actor recently also traveled to Jodhpur with the team. Apart from this, he has also collaborated with his younger brother Sunny on a project. Right now much has not been shared about the project. This will be the first time they are coming together. But what caught our attention was Sunny Kaushal’s hilarious video in which he called his brother ‘New Talent’. The URI actor has reacted to it.

Sunny said in the video, "Hi guys, it's a new day, it's a new set and I'm really excited as I'm getting to work with some great new talent. Let's hope for the best. I hope I can teach the talent something new." We can see Vicky getting ready for the shoot. He is wearing an orange sweatshirt. Reacting on the same, Vicky shared the video on his Instagram stories and wrote, “Bahot seekha maalik. Honoured to have worked with a veteran @sunnykhez.” 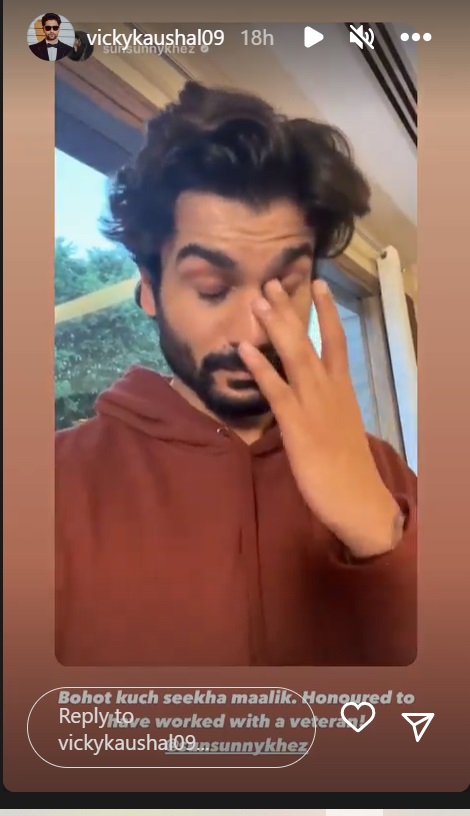 On the work front, Sunny will next be seen in Chor Nikal Ke Bhaga co-starring Yami Gautam. Reports say that he has also teamed up with Neetu Kapoor for an untitled Hindi movie. While Vicky has Sam Bahadur, Govinda Naam Mera and Laxman Utekar's next with Sara Ali Khan in the pipeline.

Also Read: Vicky Kaushal exudes charm in white shirt and ripped jeans as he gets clicked at the airport; PICS

Vicky Kaushal’s brother Sunny on his equation with...