Vicky Kaushal wished filmmaker Kabir Khan on his birthday with a special post! Vicky Kaushal and Katrina Kaif, the popular star couple of Bollywood, have always been fond of director Kabir Khan. Especially, Katrina has always mentioned that Kabir Khan and his wife Mini Mathur are like family to her. Post his wedding to the Tiger 3 actress, Vicky also developed a close bond with the hitmaker. The actor has also expressed his desire to work with Kabir Khan in many of his interviews. Now, on the occasion of the filmmaker’s birthday, Vicky has wished him with a special post.

The Sam Bahadur actor took to his official Instagram page and posted a picture of director Kabir on his story, with a special caption. “Happy Birthday Kabir Sir. Dher saara pyaar aur jhappiyaan! @kabirkhankk,” read Vicky Kaushal’s post. The celebrated filmmaker looks his casual best in a black t-shirt in the picture, which seems to have been taken when he vacationed with Katrina Kaif and Vicky Kaushal on her birthday. 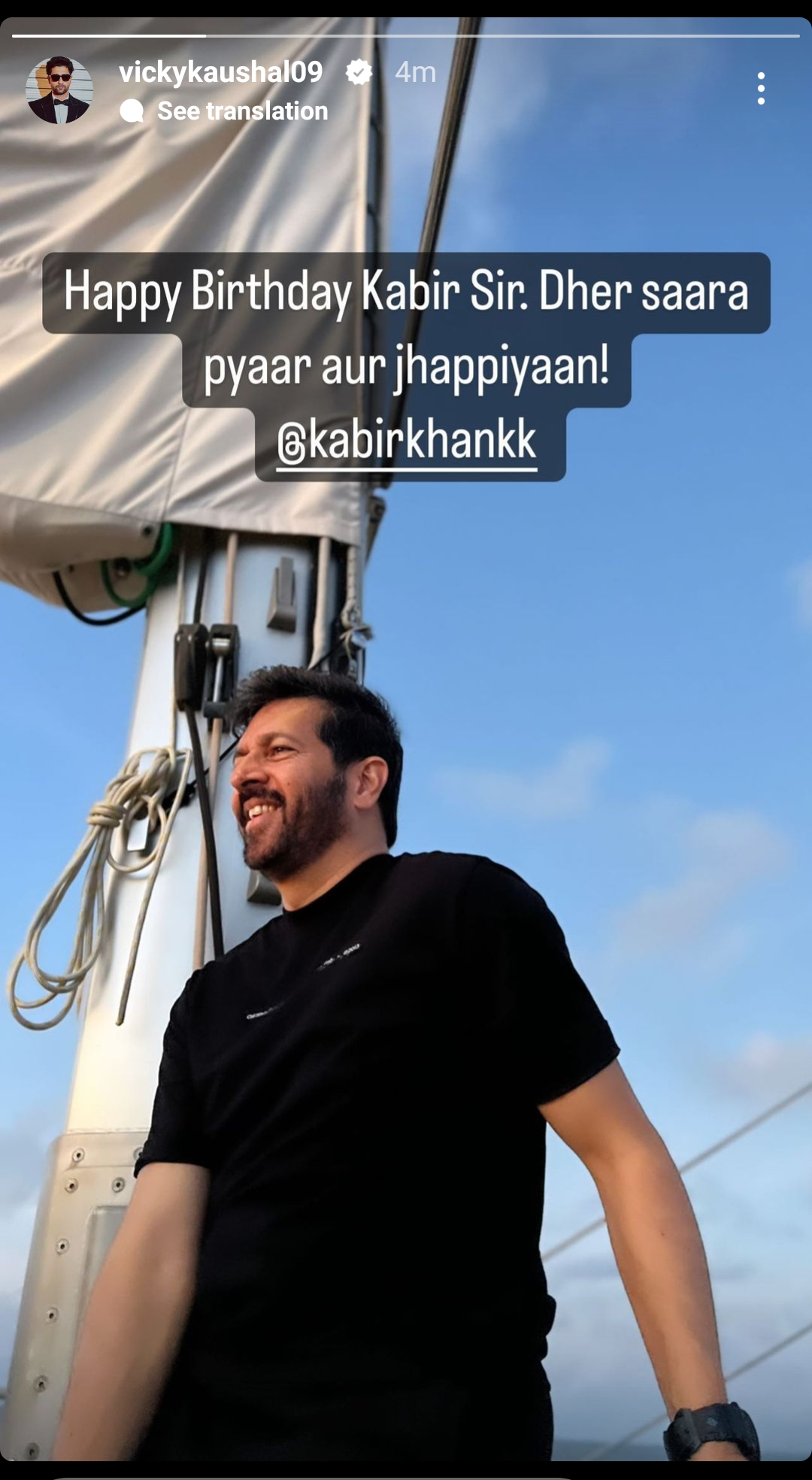 Coming to Vicky Kaushal’s acting career, the supremely talented actor is on a high with some promising projects in the pipeline. He is currently busy shooting Meghna Gulzar’s ambitious project Sam Bahadur, where he plays the titular role. Vicky Kaushal has also finally shared the screen with wifey Katrina Kaif in an advertisement, recently. The pictures from the couple’s ad shoot are now winning the internet.

Coming to Kabir Khan’s work front, the filmmaker’s last outing was 83, which featured Ranveer Singh in the lead role. The movie, which impressed film fanatics and cricket lovers, however, failed to make it big at the box office. However, 83 has been receiving several awards and accolades at various prestigious film award events.