We can't unsee Shah Rukh Khan's ripped abs in new still of Pathaan, can you?

Pathaan has become one of the most anticipated films to release in India in a long, long time and it stars Shah Rukh Khan, Deepika Padukone and John Abraham. We can't unsee Shah Rukh Khan's ripped abs in new still of Pathaan, can you?

Pathaan has become one of the most anticipated films to release in India in a long, long time. Touted as one of the biggest ever action spectacles that audiences have seen in theatres, the visually spectacular Yash Raj Films’ action extravaganza, Pathaan, is part of Aditya Chopra’s ambitious spy universe and has the biggest superstars of the country Shah Rukh Khan, Deepika Padukone and John Abraham in it. Well, ever since the trailer has released, fans have been jumping with joy and social media is buzzing with praises for it. Well, ahead of the release of the film, here’s yet another look of SRK which will surely get your excitement levels to rise a notch higher.

The new still of Pathaan will definitely make you drool a little more. Shah Rukh Khan can be seen in his Pathaan element. Wearing a white shirt with front buttons open is making Shah Rukh Khan look even more handsome. He is flaunting his chiselled abs as he holds a big gun in his hand and is in the middle of shooting. One of his wrists has an iron chain wrapped around it. His white shirt is smeared with blood marks and dirt making him look more rugged. SRK’s long hair is flying in the air and he indeed looks like a true fighter. We bet you would find it difficult to take your eyes off him.

Check out the new poster: 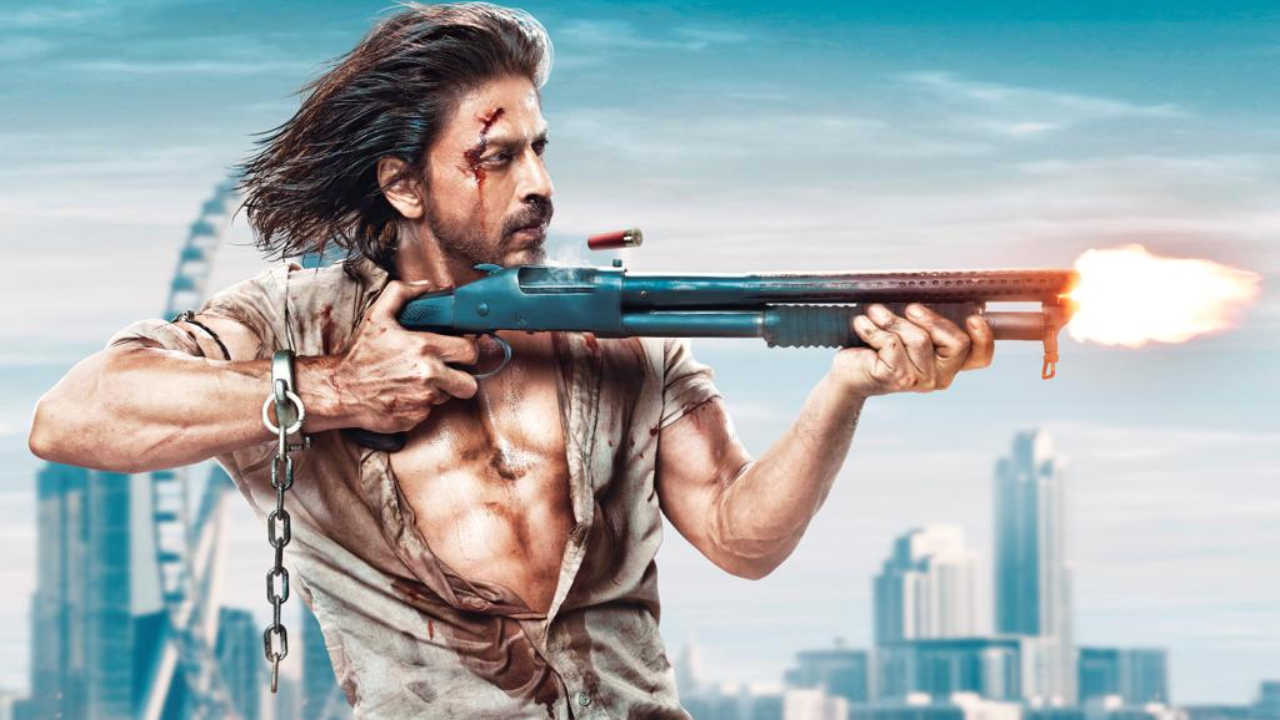 Talking of Pathaan, it marks the fourth collaboration of SRK and Deepika Padukone after having worked on films like Om Shanti Om, Chennai Express and Happy New Year. The Siddharth Anand directorial is set to release on January 25, 2023 in Hindi, Tamil and Telugu. After Pathaan, Shah Rukh Khan will be seen next in the Atlee-directed Jawan, which is set for a June 2023 opening. The film features SRK with Nayanthara and Vijay Sethupathi among others. He ends 2023 with the Rajkumar Hirani-directed Dunki, which is set for a Christmas 2023 release.

Anonymous
Jan 15, 2023
I\'ll go for gandhi godse which has better content and acting than this film
0 REPLY

Anonymous
Jan 13, 2023
Maybe he needs money to pay for the new Manat name board.
0 REPLY

Anonymous
Jan 13, 2023
I don’t know why he having this homeless guy look.
0 REPLY See More answers