Yodha: Sidharth Malhotra shares video of him landing in Kullu; To shoot for Karan Johar's actioner Yodha: Sidharth Malhotra shares video of him landing in Kullu; To shoot for Karan Johar's actioner

Sidharth Malhotra is currently one of the most talented actors in the Bollywood industry. He made his debut with Karan Johar's Student Of The Year and has never looked back. In his career of around a decade, Sidharth has been a part of several popular movies like Kapoor & Sons, Marjaavaan, Ek Villain, Brothers, Ittefaq, Hasee Toh Phasee, Baar Baar Dekho, etc. Now, the actor has jetted off to Kullu, Himachal Pradesh for the shooting of his action-thriller film, Yodha.

Taking to his Instagram story, Sidharth shared a video of him landing in Kullu as he headed for another schedule of Yodha. The film also stars Disha Patani and Raashii Khanna in the lead. It is scheduled to be released on 11 November 2022 and is directed by Sagar Ambre and Pushkar Ojha and produced by Karan Johar under the banner of Dharma Productions. Yodha happens to be Dharma Productions' first aerial action franchise film and Sidharth will be seen in a never-seen-before avatar in it. In 2021, Sidharth unveiled the teaser of Yodha on his social media handle. 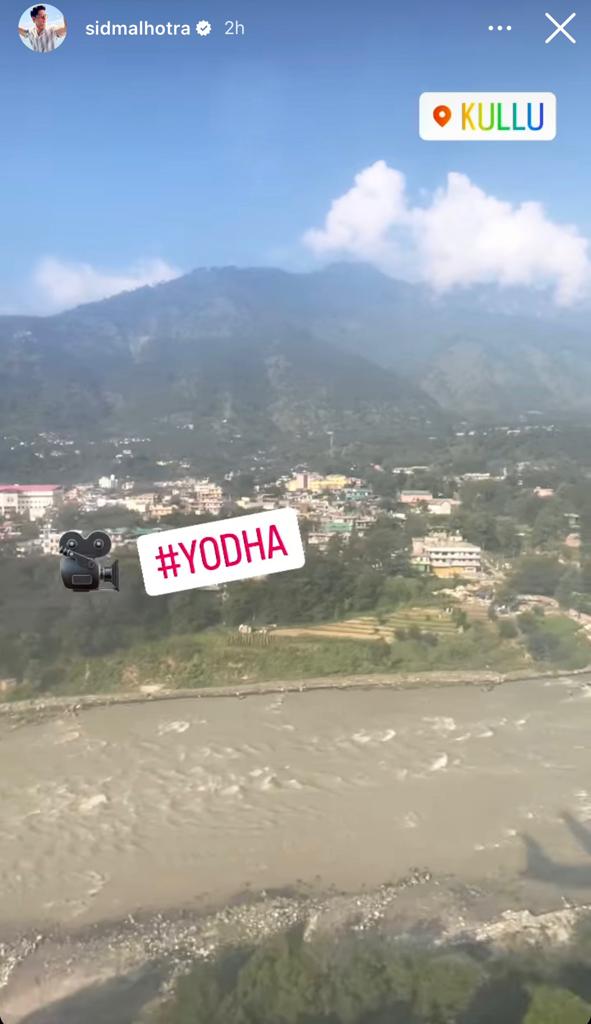 Meanwhile, Sidharth is currently gearing up for the release of Thank God alongside Ajay Devgn and Rakul Preet Singh in the lead. The comedy film is written and directed by Indra Kumar with production by T-Series and Maruti International. It is touted as a slice-of-life film. Thank God is scheduled for release on 25 October 2022 coinciding with Diwali. It will also see a clash at the box office with Akshay Kumar's Ram Setu alongside Jacqueline Fernandez.

Apart from this, Sidharth also has Mission Majnu with Rashmika Mandanna in the pivotal role. The Shershaah actor also has Rohit Shetty's web series Indian Police Force co-starring Shilpa Shetty and Vivek Oberoi in the lead roles, which will stream on Amazon Prime Video.

ALSO READ: Sidharth Malhotra-Kiara Advani celebrate 1 year of Shershaah: To a story that touched hearts of India & beyond