Ananya Panday is undoubtedly one of the most gorgeous and leading actresses of this generation. She marked her big Bollywood debut with Punit Malhotra directorial Student of The Year 2 and has successfully carved a niche for herself. Apart from showcasing her acting potential in films, Ananya also keeps her fans, followers, and fashion police impressed with her fashion game. She often graces her Instagram feed with her stylish avatars and shells out major fashion goals with her stunning outfits. Meanwhile, ensuring that her style quotient keeps impressing her fans, the 23-year-old actress on Monday took to her Instagram stories and posted stunning pictures of herself in a green sequin lehenga.

In the pictures, the Khaali Peeli actress looked mesmerizing as she candidly posed for the camera. She donned a beautiful sequined lehenga paired with a sleeveless blouse and dupatta. Ananya opted for a glam makeup look, while her hair was styled in soft waves. She accessorized her look with a pair of bangles and a statement ring and do not forget her jhumkas, which simply added to her beauty. The Liger actress struck attractive poses as got clicked.

Have a look at Ananya’s pics: 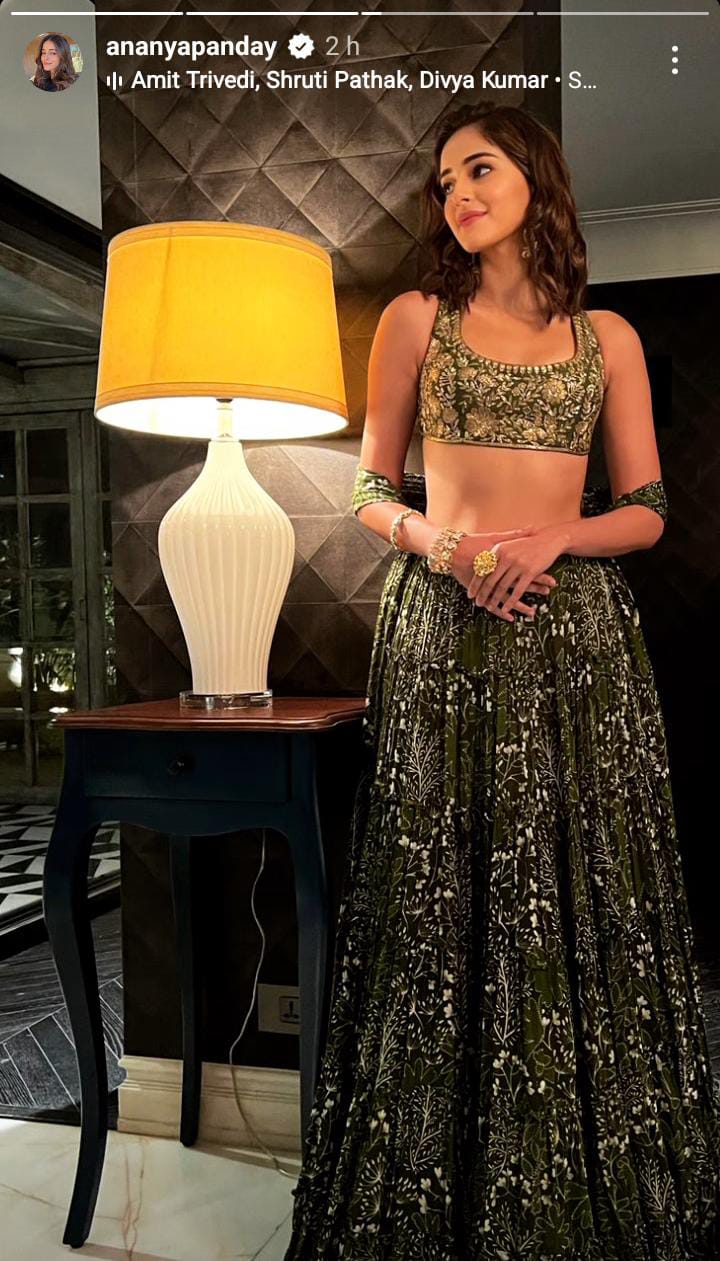 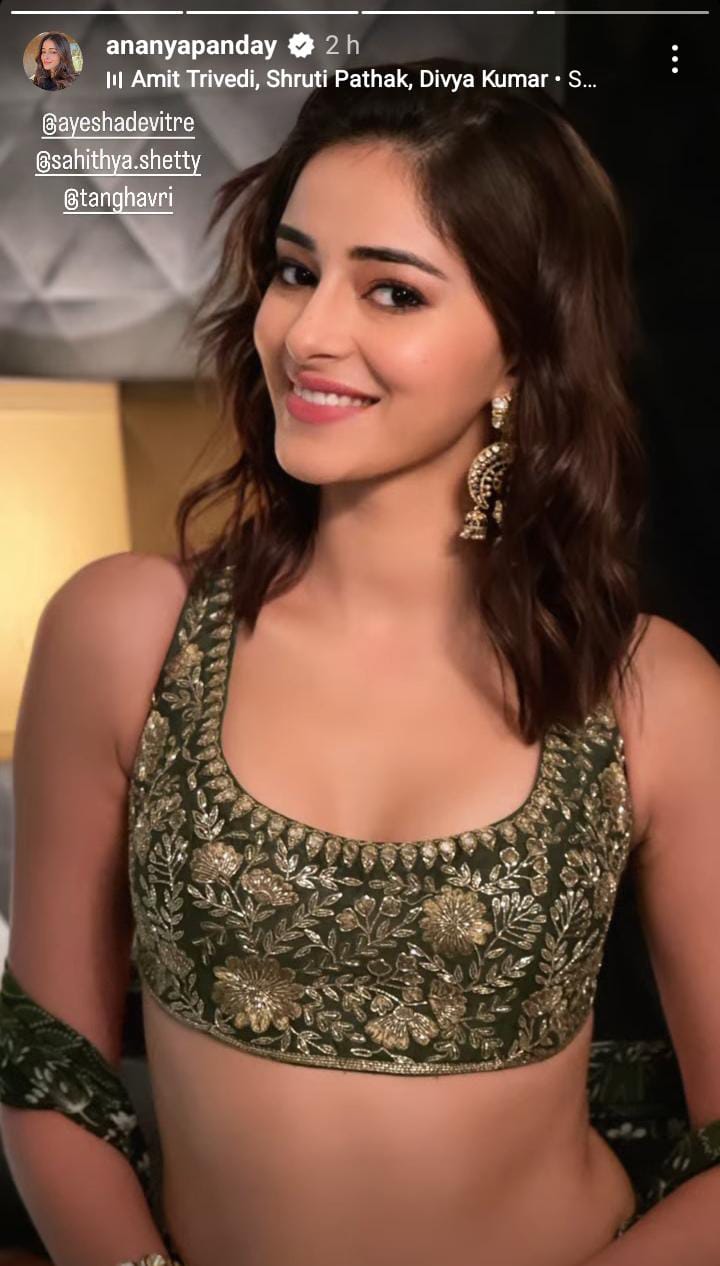 Apart from this, she also has Kho Gaye Hum Kahan in her kitty alongside her Gehraiyaan co-star Siddhant Chaturvedi and The White Tiger fame Adarsh Gourav. The film, written by Zoya Akhtar, Reema Kagti, and Arjun Varain Singh is a story about three friends in the digital age.