SM Entertainment announced on September 19th, "The schedule poster released through Red Velvet's various social media handles amplifies expectations for this album by containing the content opening schedule, such as a mood sampler, teaser image, and a music video teaser video for the title song."

Previously, they released a video signaling Seulgi’s first activity as a soloist. There is a person clipping their nails in a swimming pool where there is a gloomy whistling sound, a low brightness screen, and no one is there. be wise Several situations intersect with the signal of the sound of nail clippers resonating in an empty space. A group of girls in school uniforms circled around Seulgi, repeating suspicious movements.

A girl covers Seulgi's eyes with gauze. Seulgi pours an unknown liquid into her window and suddenly points her gun at the screen in the next scene. With the silhouette of someone drowning in the water and the background of an exploding car, Seulgi runs frantically down the hallway as if being chased by someone, wearing earphones and hurriedly leaving for somewhere.

A place where fragments of images that are turned over one by one like a hint card intersect rapidly and then everything disappears. Seulgi, who was looking to the side with a humming female voice in the background, takes off her earphones and stares at the front with a cool gaze. The names '28 Reasons' and 'SEULGI' come to mind in red. 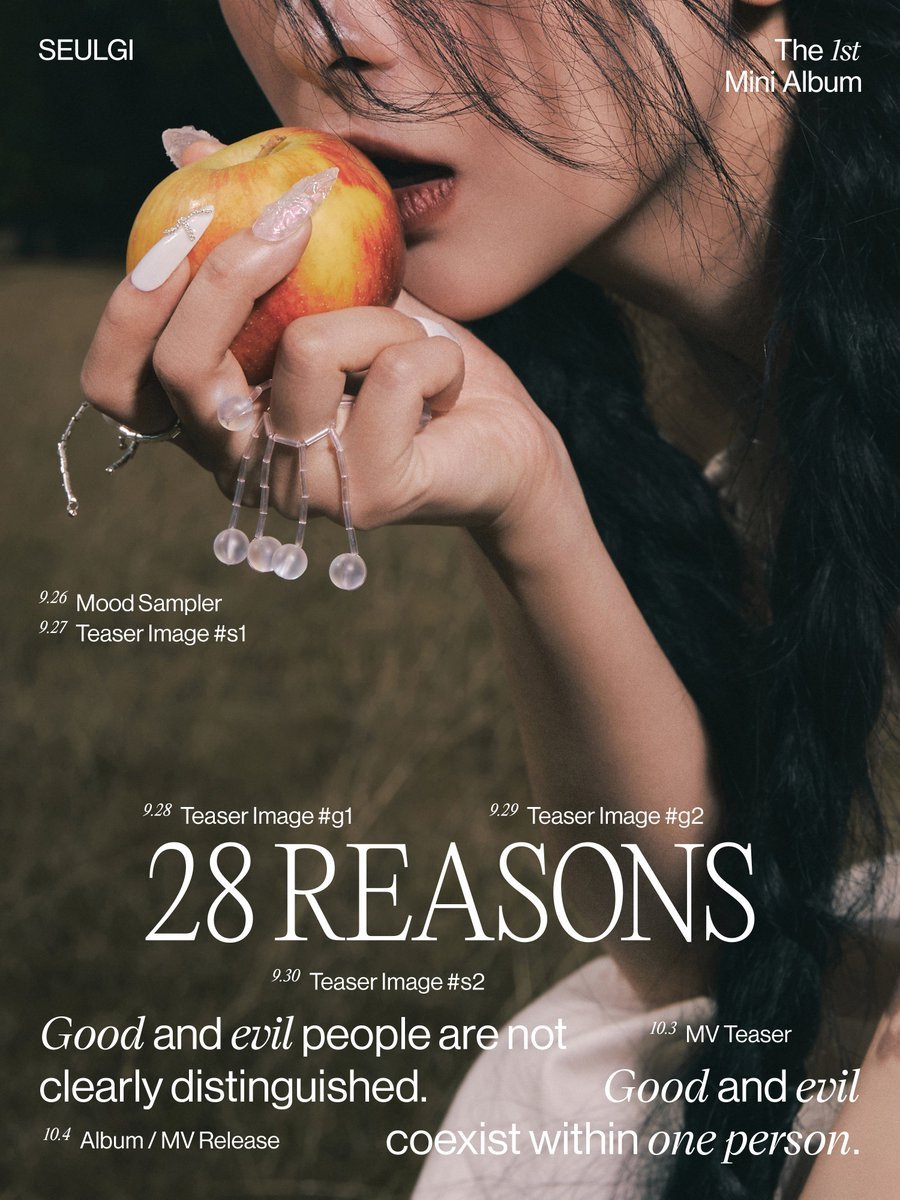 THROWBACK: When Red Velvet’s Seulgi & Irene got RE...