Babli Tanwar (Tamannaah Bhatia) is a 20-something girl from Fatehpur Beri – which is also called the Village of Bouncers, situated near Delhi. After failing to clear her 10th standard board exams for five years in a row, Babli gives up on education. While her mom Ganga (Supriya Shukla) wants her to be more ‘feminine’ and ace her skills in the kitchen so she can marry her off, Babli has no such plans. She is content living the simpleton life in her village, while she occasionally roughs up eve-teasers with her friend Pinky (Priyam Saha). Until, she meets Viraj (Abhishek Bajaj), a London-returned handsome young lad and the son of Pinky’s school teacher she has seemingly continued to body shame, as she calls her a ‘Dhol’ (Drum). In order to impress Viraj as an independent woman, Babli, who belongs to a family of wrestlers and bodybuilders, lands herself a job as a lady bouncer at a Delhi nightclub. However, the self-actualisation of her real potential only kickstarts after she’s heartbroken. 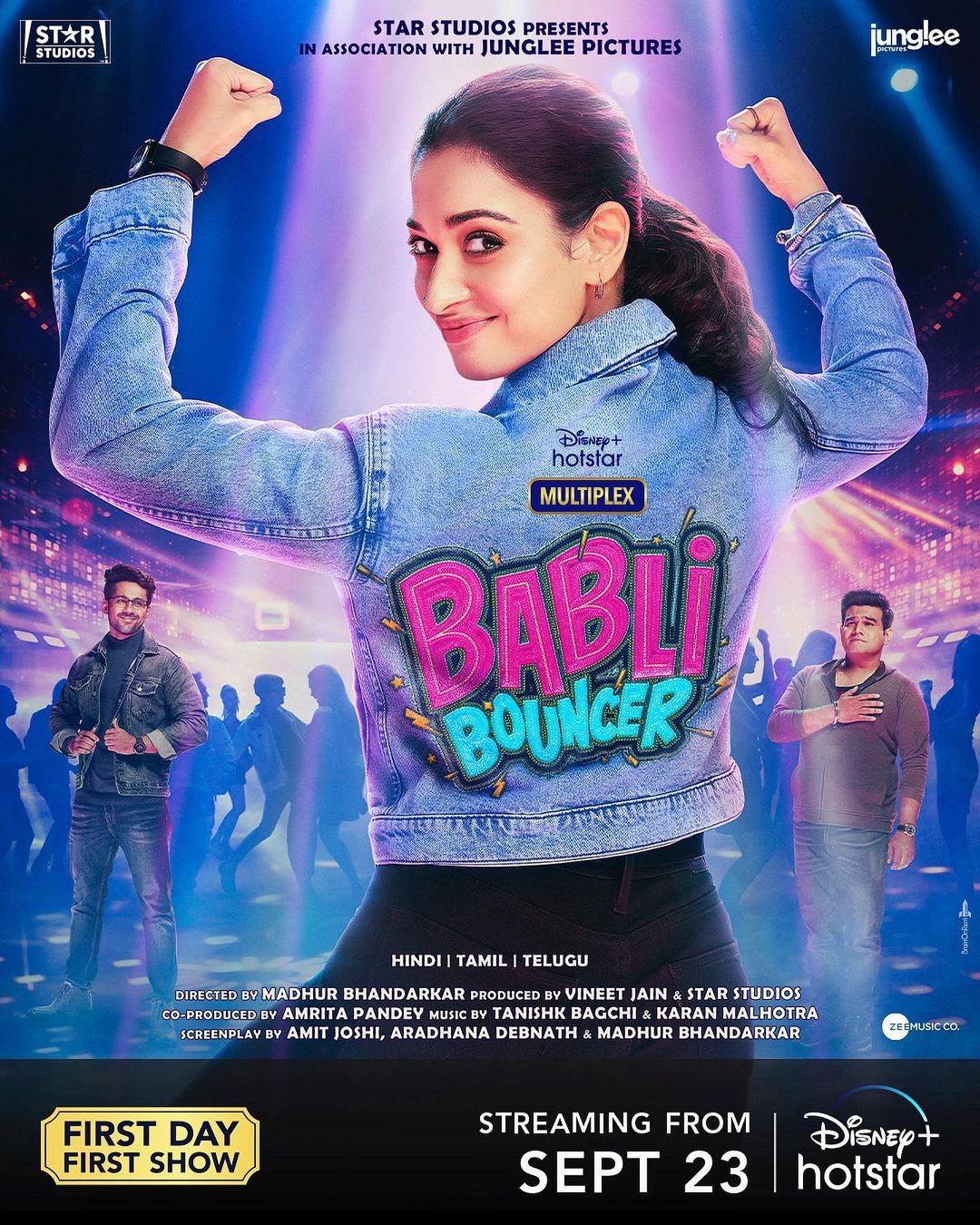 Babli, like her mother says, is not most conventionally feminine or graceful. It is established more than once that she has a big appetite, and does not mind burping in public. Even her dress code is not gender-appropriate in the most conservative sense. But these character quirks come across as intentional, only to subvert norms and challenge them. Babli’s character arc mostly resembles a lovelorn hero from a Hindi film who is pushed into action after failing in love.

Tamannaah Bhatia does her character justice. For starters, her Haryanvi dialect does not seem forced. Secondly, her transformation to seem the part of a lady bouncer is evident. The actress particularly aces the action scenes where she fights off rogues. Saurabh Shukla as Babli’s supportive father Gajanan Tanwar fits the part wonderfully. Desi cinema can never have enough encouraging father roles and we are here for it. Sahil Vaid as the ever-so-sweet Kukku who is in love with Babli is a delight to watch. Abhishek Bajaj as Viraj is impressive too.

Although Madhur Bhandarkar’s story about a lady bouncer is quite novel, the storyline and character arcs are not unseen before. It does not work against the film though, for it makes for a fun one-time watch on days when you do not want to think much.