AK 62: Ajith Kumar to share the screen with Aishwarya Rai Bachchan? 5 things to know about the project

Ajith Kumar, the Thunivu star is reportedly set to share the screen with Aishwarya Rai Bachchan, in his 62nd outing in Tamil cinema which has been tentatively titled AK 62. Ajith Kumar, the popular star of Tamil cinema is set to team up with renowned filmmaker Vignesh Shivan for his 62nd outing in the Tamil film industry. The highly anticipated project, which has been tentatively titled AK 62, is set to start rolling very soon. As per the reports, the yet-to-be-titled film is said to be a comedy thriller, that will feature Ajith Kumar in a never-seen-before role. Now, the latest reports regarding the Vignesh Shivan directorial's star cast are setting social media on fire.

Aishwarya Rai Bachchan to play the female lead in AK 62?

If the recent reports are to be believed, renowned Bollywood actress Aishwarya Rai Bachchan has been roped in, to play the female lead opposite Ajith Kumar in AK 62. According to the reports published by Sun News, the former Miss World is impressed by the storyline and her character in the film and is set to sign the dotted line. The new updates suggest that the makers are planning to announce the massive update, during the official launch of the big-budget venture.

The sources close to Ajith Kumar and Vignesh Shivan's project suggest that it will have two heroines. As reported earlier, popular actress Trisha Krishnan is reuniting with Ajith Kumar for the much-awaited project. If the reports are to be believed, Trisha will reunite with Aishwarya Rai Bachchan after the massive success of the Ponniyin Selvan franchise for the much-awaited project and both the actress will have equally important roles in the film. 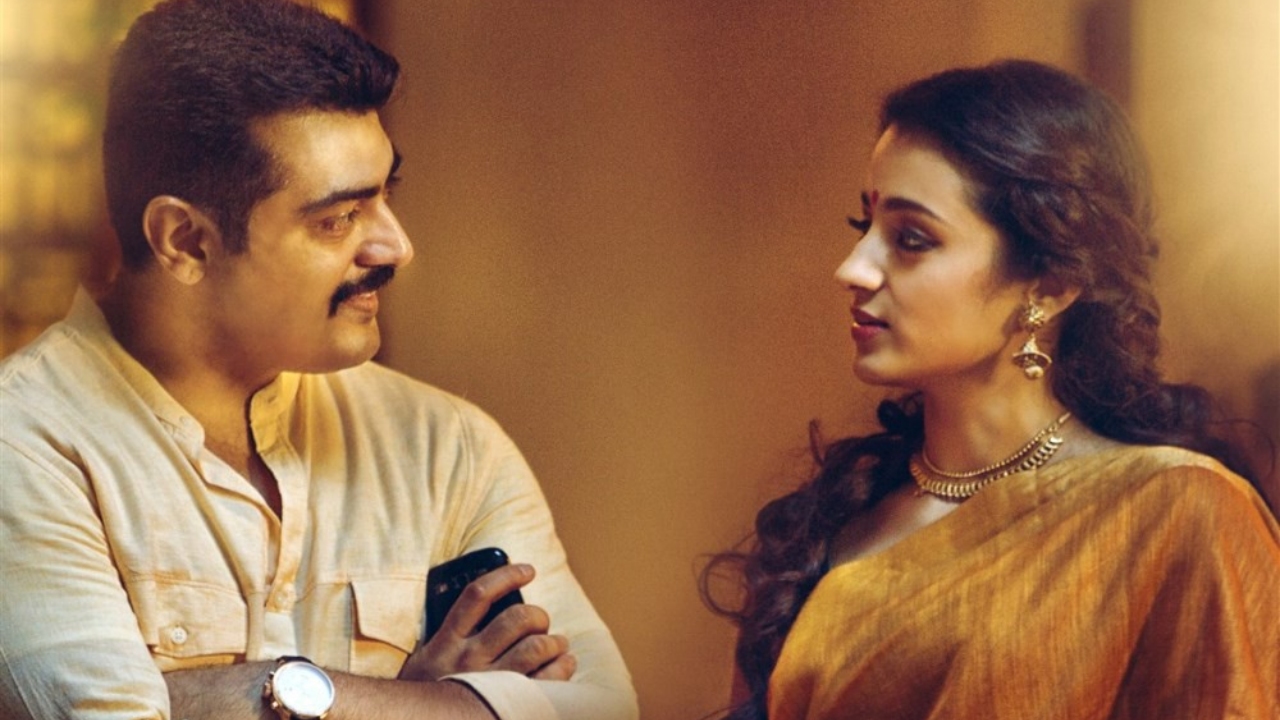 2. Arvind Swamy as the lead antagonist

As per the latest updates, senior actor Arvind Swamy, who is best known for his exceptional performances as an actor and dubbing artist, has been roped in to play the lead antagonist in AK 62. Thus, the much-awaited comedy thriller will mark the first onscreen collaboration of Arvind Swamy and Ajith Kumar, who are known to be the two most good-looking actors of the Tamil film industry.

Santhanam, the popular actor who is currently focussing on playing the lead roles, is making a comeback to his roots - comedic roles, with the highly anticipated project. Arjun Das, the talented actor who is best known for his performances in films like Kaithi and Master, is playing a key role. The makers are yet to finalise the rest of the supporting cast of AK 62.

4. Anirudh Ravichander on board

As reported earlier, Anirudh Ravichander has come on board to compose the songs and original score for the project. Thus, the much-awaited project marks the talented young musician's reunion with leading man Ajith Kumar after Vivegam, and with director Vignesh Shivan after the much-loved Kaathuvaakula Rendu Kaadhal.

The highly anticipated project is bankrolled by the prestigious Tamil banner, Lyca Productions. Thus, AK 62 marks Lyca Productions' first collaboration with Ajith Kumar and their second collaboration with director Vignesh Shivan after his debut film Naanum Rowdy Dhaan. The banner has produced some exceptional films including the Ponniyin Selvan franchise and the upcoming mega budget venture Indian 2, in recent times.

Anonymous
Jan 17, 2023
Such a smart choice.. Aishwarya has always been level headed and pragmatic about her film choices.. never the one to strip and run just to be in the limelight .. but makes intelligent choices! good going Ash!
0 REPLY
View more comments