Allu Arjun, the Telugu superstar, and his lovely wife Allu Sneha Reddy are undoubtedly one of the most loved couples in the Telugu film industry. The Pushpa actor and his wife often create headlines with their stylish vacation pictures, public appearances, and mushy social media posts dedicated to each other. On January 5, Thursday, night, Allu Arjun and Sneha Reddy once again garnered attention by making a stylish appearance together at the birthday party of popular film producer Dil Raju's granddaughter, Ishika.

In the pictures which were clicked at the birthday party of Ishika, the granddaughter of veteran producer Dil Raju, Allu Arjun and Sneha Reddy are seen twinning in black outfits. The stylish star, who is once again seen in his signature 'Pushpa' hairdo in the pictures, opted for a black semi-formal shirt and a pair of formal grey trousers, for the night. Allu Sneha Reddy, on the other hand, looked glamorous in a mega puff-sleeved black shimmery A-line dress. The star wife completed her look with a pair of transparent heels, minimal jewellery, and dewy make-up. In the pictures, Allu Arjun and Sneha are seen greeting host Dil Raju. The couple also interacted with a little boy, who is reportedly the grand son of the producer, in the pictures.

Check out Allu Arjun and Allu Sneha Reddy's PICS below... 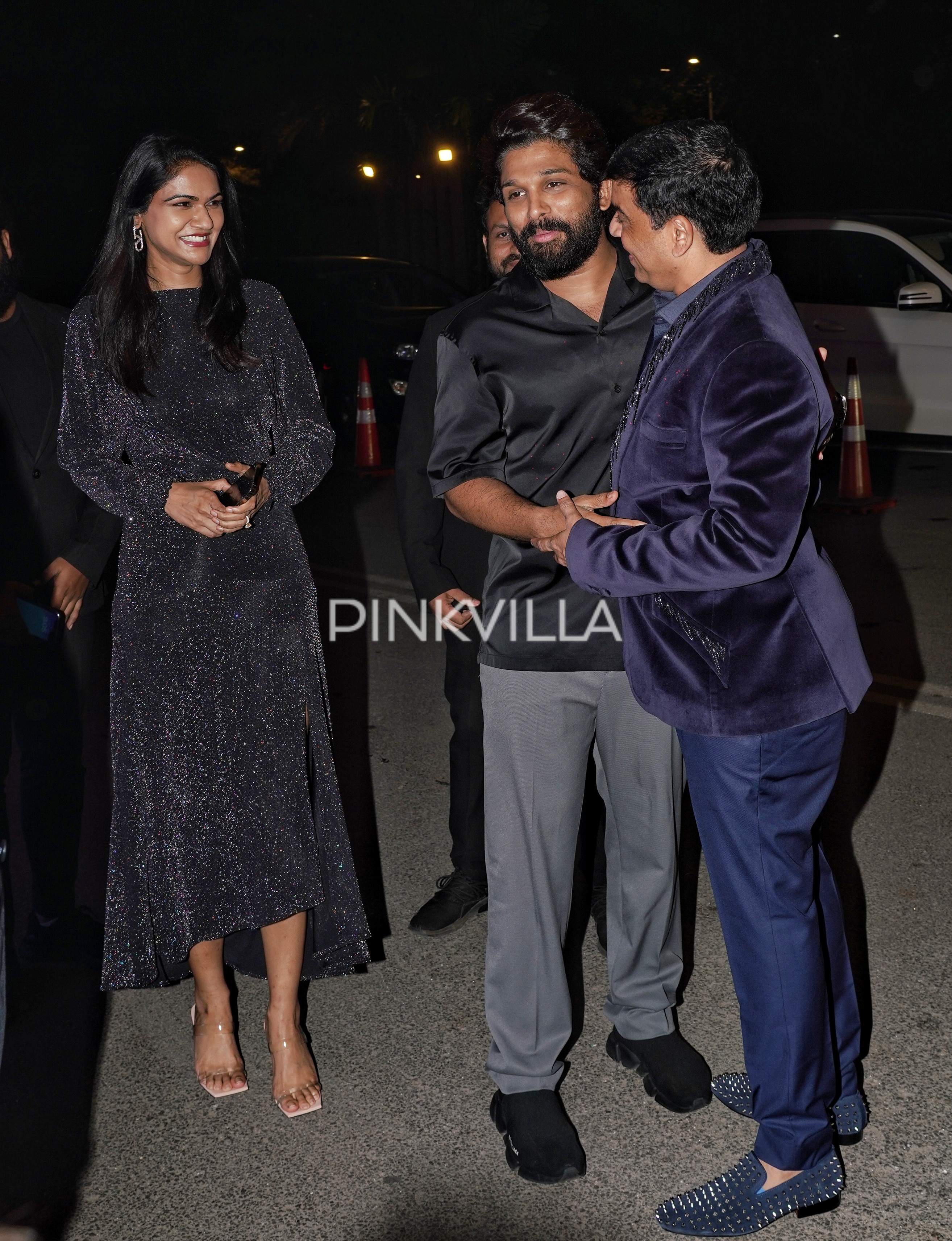 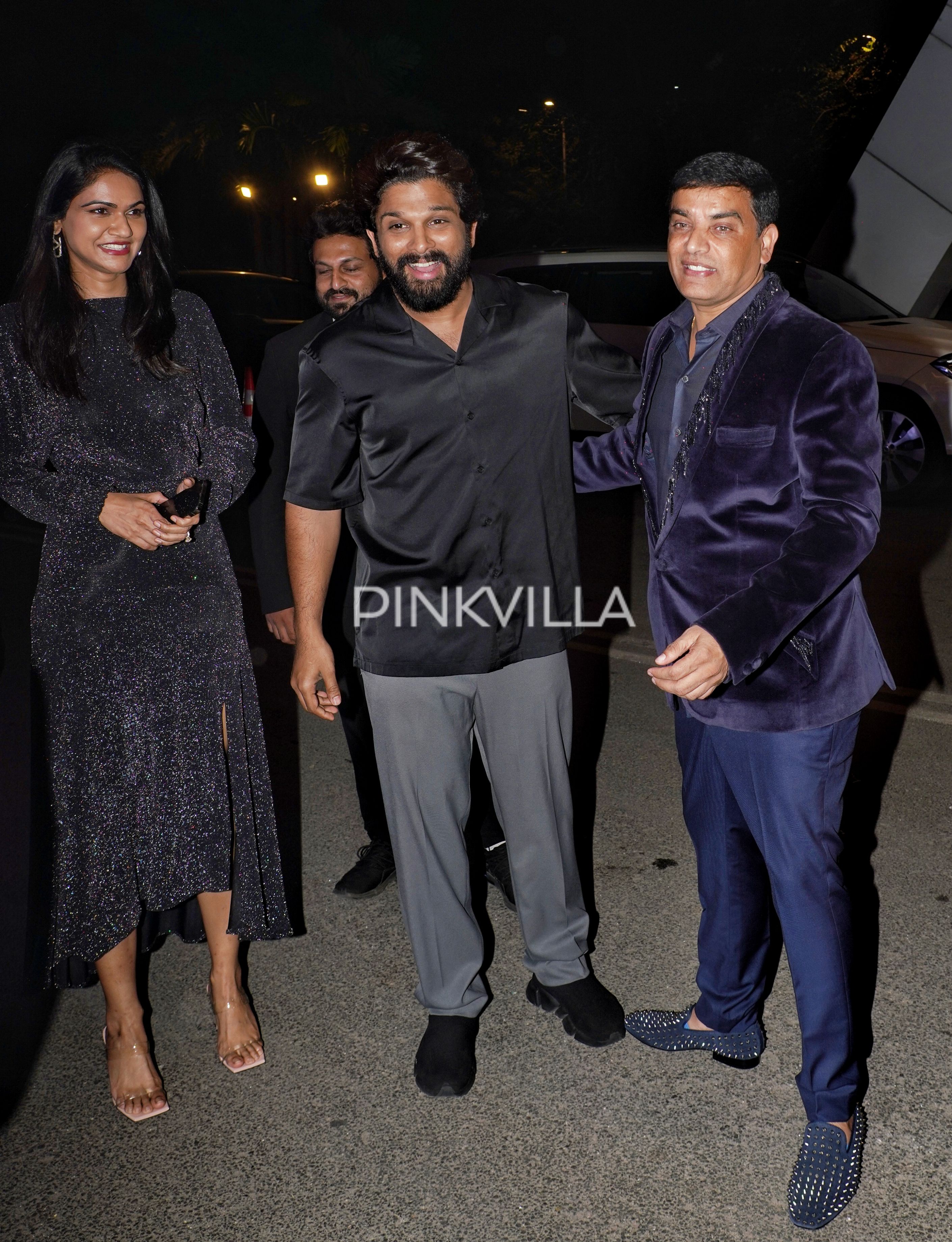 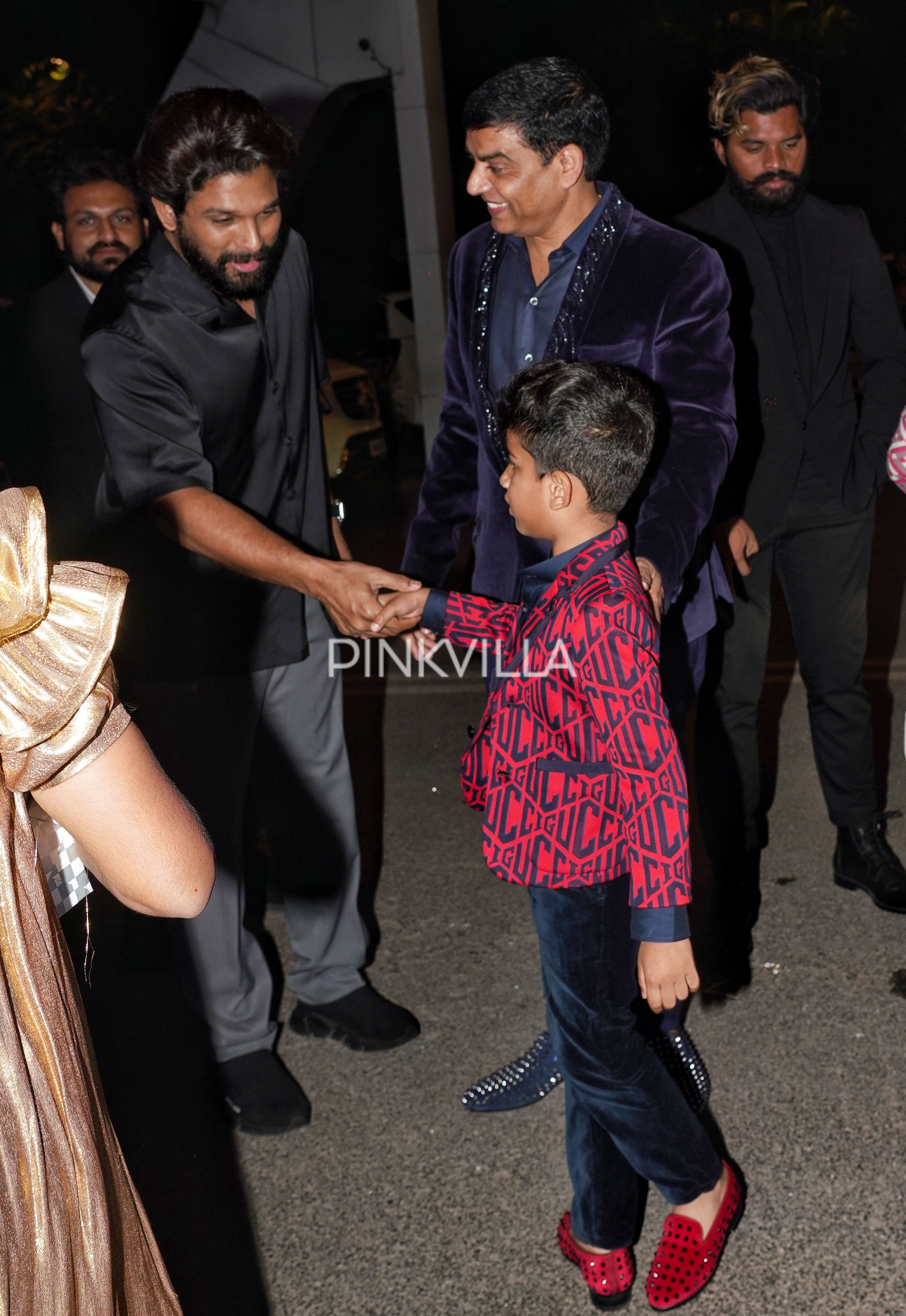 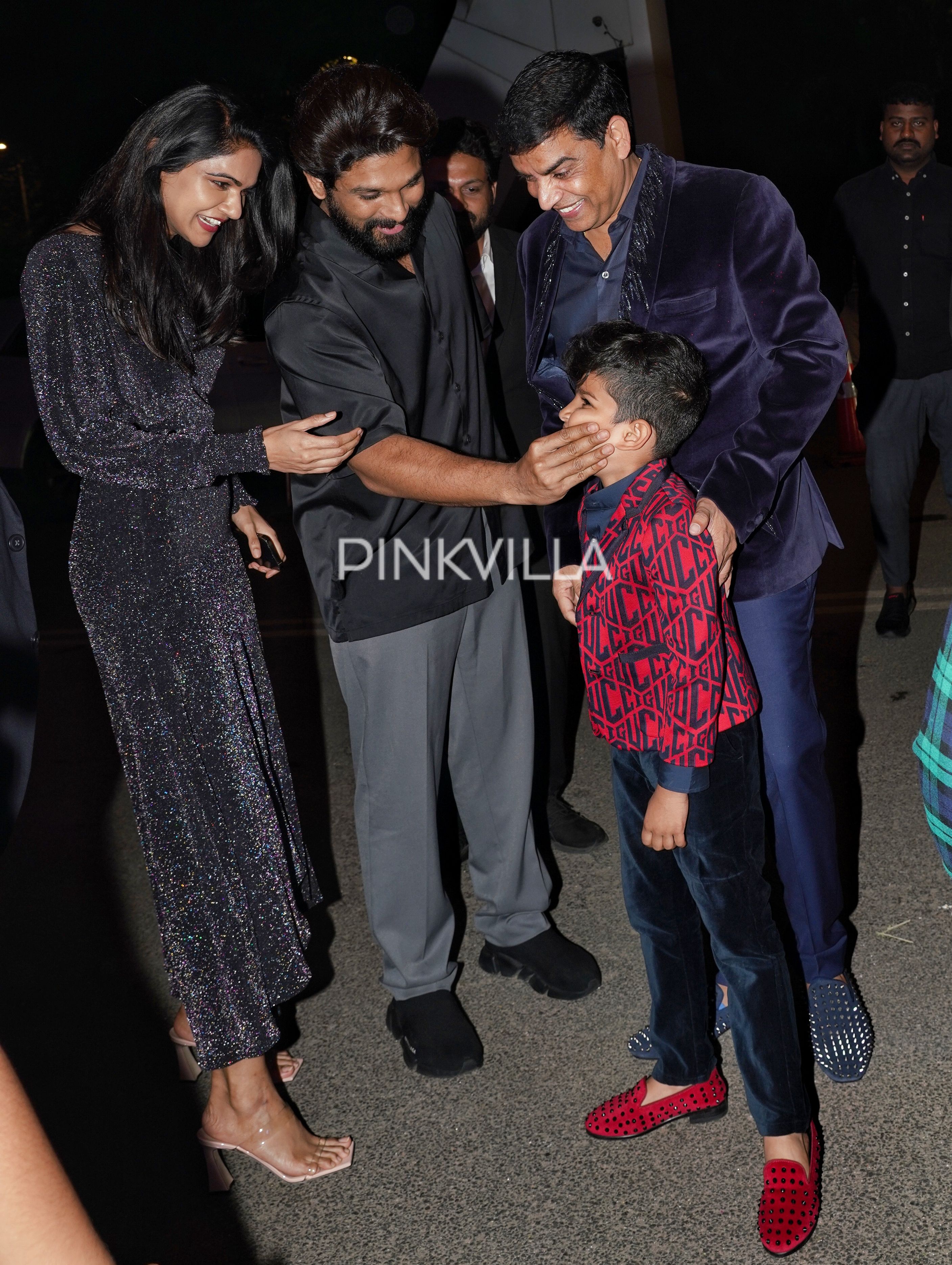 The talented actor established himself as a highly bankable pan-Indian star with the massive success of his latest outing Pushpa: The Rise. Allu Arjun played the central character Pushpa Raj, a rugged youth from the Chittoor district of Andhra Pradesh, who emerges as a powerful smuggler over the years, thanks to his intelligence and courage. The pan-Indian star earned immensely positive reviews for playing this never-seen-before character to near perfection. Especially, the audiences and critics are happy with the way Allu Arjun impressed with his Chittoor dialect in the film, along with delivering a powerful performance. Allu Arjun is currently busy with the shooting of Pushpa 2: The Rule, the second installment of the Sukumar-directed franchise. If things go as planned, the second part might hit the theatres by the final quarter of 2023 or the first quarter of 2024.

As per the reports, the Telugu superstar is now planning to be choosy with the roles he picks, and doesn't want to repeat the genres of his films frequently. If the rumours are to be believed, Allu Arjun is in talks with popular filmmaker Trivikram Srinivas to play the lead role in the director's next outing. However, the filmmaker is still working on the script, and the actor has not signed the dotted line yet. The rumourmills also suggest that Allu Arjun might team up with the KGF director Prashanth Neel for a film, but there is no confirmation on this reports, so far.

ALSO READ: Allu Arjun's wife Sneha reveals he has a very cliche yet sweet nickname for her; Check out