Allu Arjun's better half Sneha Reddy is celebrating her birthday today and wishing his wife, the Pushpa actor penned a sweet post on Instagram. Dropping a picture of the cake cutting ceremony with their kids Allu Arha and Allu Ayaan, he captioned the post, "Happy Birthday cutie." In the photo, AA and Allu Ayaan admire the cake, while little Arha helps her mommy cut it. The photo captures a "picture-perfect" family moment.

A few days ago, Sneha Reddy posted a picture of Allu Arjun playing chess with Arha. While the little one is making her move, the actor watched her keenly. Both AA and his better half keep sharing adorable moments with their kids. 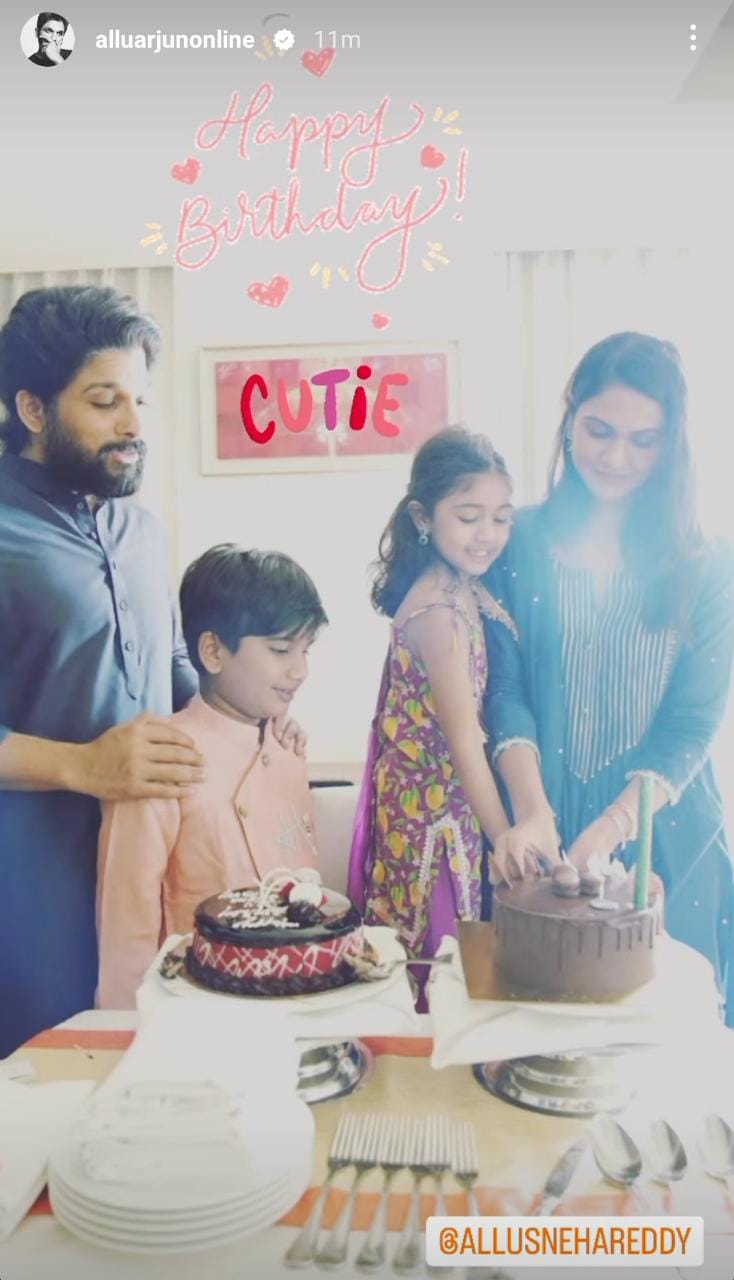 Up next, the movie buffs eagerly await to see Allu Arjun in his iconic Pushpa Raj avatar in Sukumaran's directorial Pushpa: The Rule. Besides AA, Rashmika Mandanna and Fahadh Faasil will also reprise their original characters of Srivalli and Bhanwar Singh Shekhawat respectively in the sequel. The second installment in the popular franchise has already created a lot of buzz among cinephiles.

In addition to this, sources claim that Allu Arjun will be expanding his horizons and will make his Hollywood debut shortly. A little birdie told us, "Allu Arjun has been offered a Hollywood film by a big-shot director-producer from the industry. While the actor was in New York for the parade, he happened to do a hush-hush meeting for a Superhero franchise that he was offered."

Allu Arjun also has filmmaker Koratala Siva's film AA21 in the kitty. Announced a while back, the film has not gone on the floors yet.

Also Read: PHOTO: Allu Arjun plays chess with Arha; Will the little one beat her father?

Allu Arjun is a complete kid at heart and this VID...