As Rajinikanth's 2002 supernatural action-drama Baba gears up for re-release, a picture of the superstar dubbing for some new scenes which are to be added to the film has surfaced on social media. The fans of superstar Rajinikanth are in for a treat as they will get to witness his 2002 supernatural action drama Baba once again. While the fans wait to experience the film in a new avatar, a photograph of the superstar dubbing some scenes for the film has made it to social media. In addition to this, the music maestro A R Rahman, who scored the tunes for Baba, has requested the makers to arrange a preview of the new edit so that he can upgrade this work as well.

For those who do not know, Baba was released in the cinema halls on 15th August 2002 and the movie did not perform as expected at the box office. Now, around two decades later, the makers are re-editing the drama from a completely new angle and every frame is being digitally enhanced with color grading as per this modern technology. 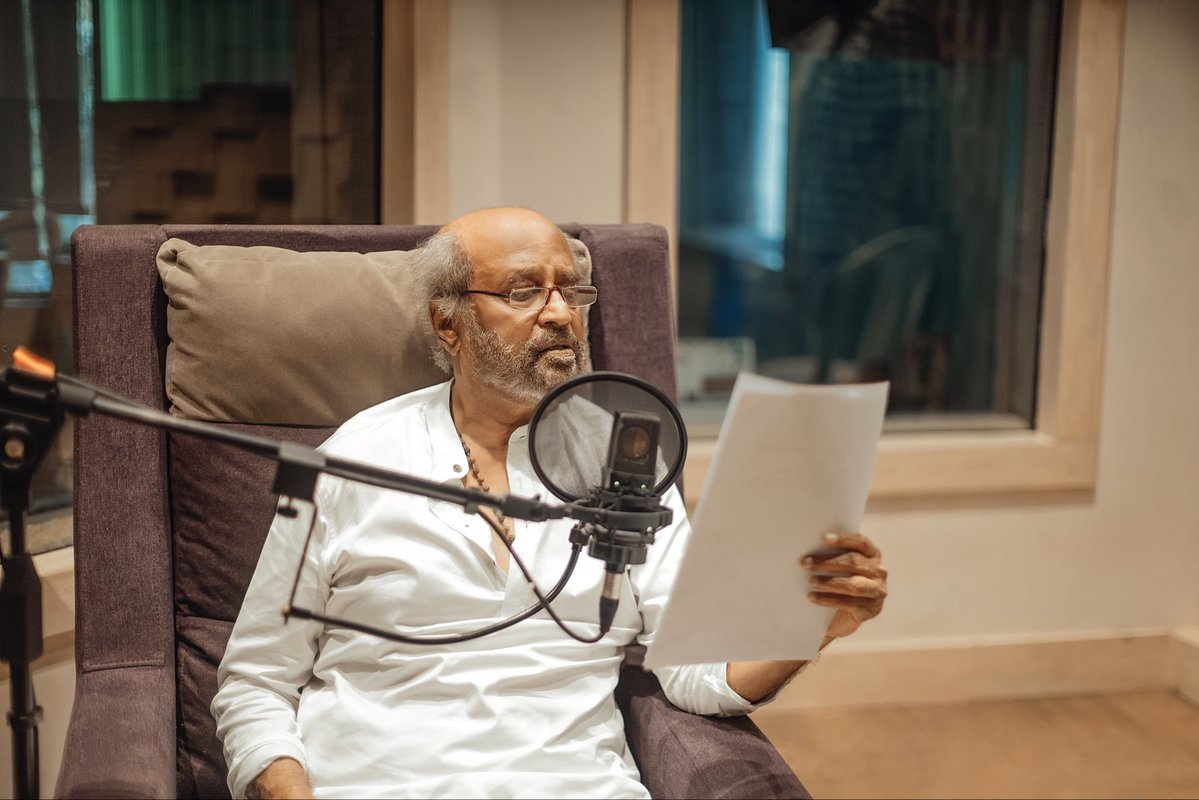 Informed about the re-release, Rajinikanth's PR team issued a press release that read, "The film is now gearing up for a new screening again, with a new look, that has been re-edited from a completely new angle. Not only that, every frame is digitally enhanced with color grading as per this modern technology, (sic). All the songs of the film, which are full of scintillating music by AR Rahman like 'Maya Maya', 'Shakti Kodu', have been remixed and changed to Dolby Mix sound system."

Baba revolves around the life of an atheist, played by Rajinikanth, who is granted seven wishes by Mahaavatar Babaji (one of Rajinikanth's spiritual gurus in real life). This leads him to the world of politics, changing his life forever.

Made under the direction of filmmaker Suresh Krissna, Manisha Koirala is the leading lady of the film, alongside Goundamani, Sujatha, MN Nambiar, Ashish Vidyarthi, Sayaji Shinde, Sangavi, and Karunaas in ancillary roles, along with others.

Also Read: Rajinikanth-led Baba to be re-released after 2 decades in a digitally enhanced avatar

Rajinikanth: The Emperor of Indian Cinema

Jailer: Rajinikanth sets the screens on fire as Mu...