We bring to you some major updates from the world of South cinema today, take a look. The South film industry keeps fans hooked with its exciting updates every day. Today on November 2 as well, a lot happened in the world of the entertainment. From Megastar Chiranjeevi-led political drama GodFather making its OTT debut soon to Hansika Motwani being engaged to beau Sohail Kathuria to Fahadh Faasil and Prithviraj Sukumaran's big announcement tomorrow, see what all took place today.

Keeping you up to date with the latest happenings from the South film fraternity, we bring to you the major buzz of the day.

Hansika Motwani took to her Instagram and dropped some snippets from her filmy proposal by beau Sohail Kathuria under one of the seven wonders of the world, the Eiffel Tower. The reports suggest that the couple will be getting married in December this year. The nuptials are expected to take place between 2nd and 4th December. However, we still await the final wedding date announcement. According to the reports, the couple were close friends before getting romantically involved with one another and are also partners in a firm.

As soon as she uploaded the post, congratulatory messages started pouring in for the newly engaged couple. Baahubali actress Anushka Shetty reacted to the post with, "Congratulations", along with a heart and evil eye emoji. Additionally, Khushbu Sundar commented, "Oh wow!! Congratulations my dear.. wishing you the best."

Mass Maharaja Ravi Teja unveiled the first look poster for the forthcoming sports drama, Matti Kusthi today. The photo features Vishnu Vishal as a star wrestler, gearing up for a big fight. The actor poses in a wrestling attire, flaunting his toned abs.

Made under the direction of Chella Ayyavu, the film is being bankrolled by the production banner RT Teamworks in collaboration with Vishnu Vishal Studioz. With Vishnu Vishal as the protagonist, Aishwarya Lekshmi is playing the leading lady in the film. Set against a rural backdrop, the shooting for Matti Kusthi has been completed and the post-production work for the movie is currently underway. 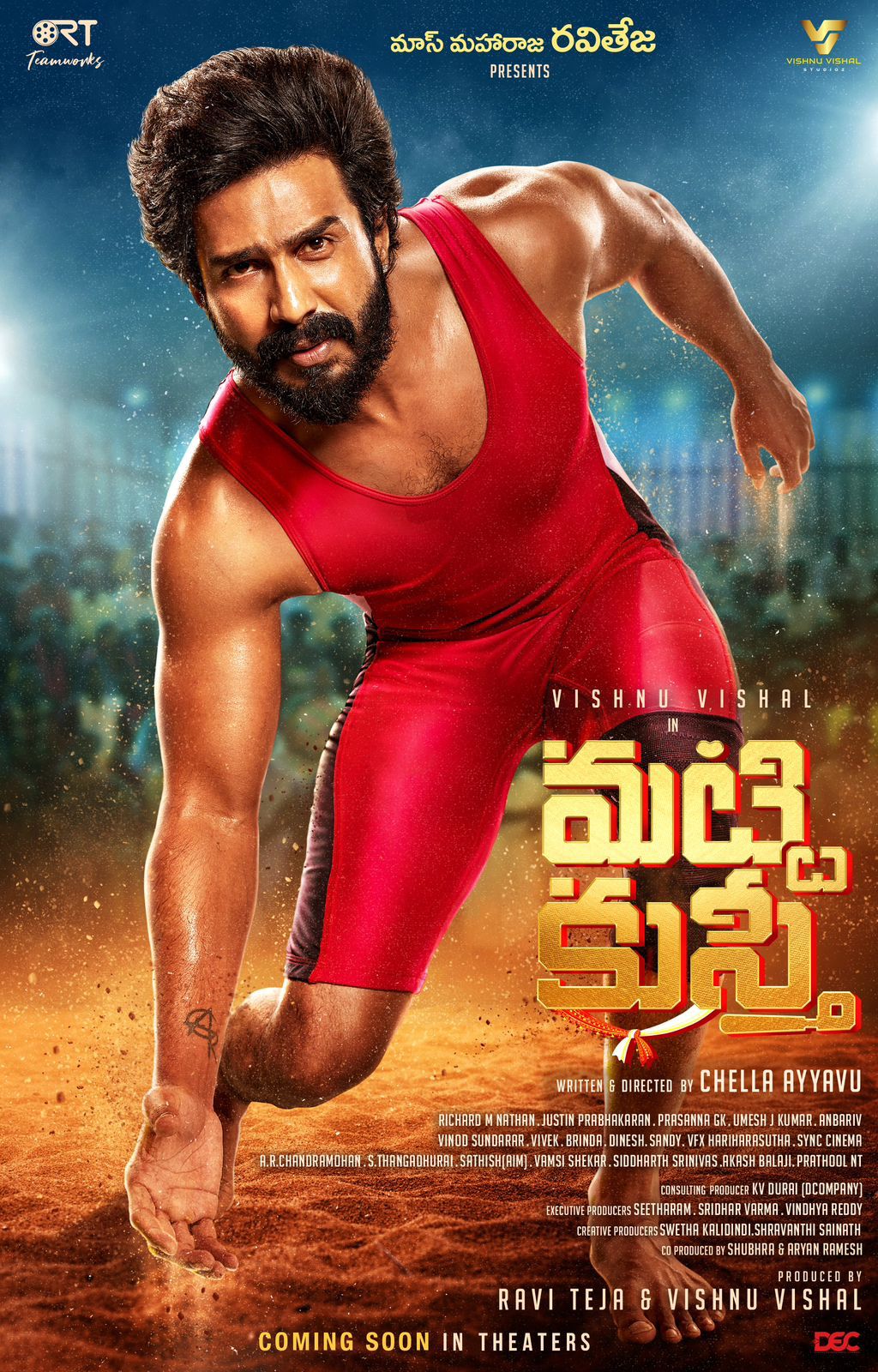 Rajinikanth attended the Karnataka Rajyotsava Award function as the Chief Guest in Bengaluru yesterday. The late Power Star Puneeth Rajkumar was posthumously given the Karnataka Ratna Award during the ceremony. Addressing the gathering, the superstar remembered the Power Star with the following words in Kannada, “In Kali Yuga, Appu (Puneeth) is like Markandeya, Prahlada, Nachiketa. He was God’s child. That child lived among us for some time. He played with us and made us laugh. Later, that child went back to God. His aatma (soul) is with us."

He further disclosed why he could not attend Puneeth’s funeral, “I had undergone an operation and was in the intensive care unit (ICU).” The actor added that even if he had known about Puneeth Rajkumar's death, he would not have been able to travel given his health condition.

After ruling over the silver screens, Megastar Chiranjeevi’s political thriller GodFather’ is all set to make its mark on the OTT platform. The much-appreciated project will premiere on Netflix on 19th November. Sharing the news, the streaming giant Tweeted, "Netflix on Wednesday announced the news on its official Instagram page. The post read, “The megastar of Tollywood meets the megastar of Bollywood! #Godfather is coming to Netflix on the 19th of November!(sic)” Recently, Tovino Thomas clocked 10 years in the entertainment industry. Marking the occasion, the actor penned a heartfelt note on social media,
recalling his journey from a small-time actor and assistant director to one of the leading stars of Malayalam cinema.

His note went like this, “I believe each day has been an achievement because I was able to move forward. 10 years is of course special, but I sincerely hope there is more road ahead, more to grasp and deliver back to my dear folks. Keep the love coming. I’ll give my best to you, in return."