Dhruva Sarja and his better half Prerana Shankar have become proud parents to a baby. The actor shared the good news of their firstborn through an Instagram post. Dhruva Sarja and his better half Prerana Shankar recently welcomed their firstborn, a baby girl. The actor shared the good news of the arrival of his little bundle of joy through an Instagram post that read, "Blessed with beautiful daughter...Normal Delivery...Thanks to our doctor. Jai Hanuman." As the actor informed, it was a normal delivery. Although the couple has not posted any pictures of the newborn on the internet, the fans are eager to catch a glimpse of the latest addition to the family.

Earlier, Dhruva Sarja had announced the news of their pregnancy with an adorable post on the photo-sharing app with a few sneak peeks from their maternity shoot. Dressed in lovely attires, the couple flaunted the sonogram report in the post and captioned, “We are entering a new phase of life, “a divine one”. Bless the little one coming soon. Jai Hanuman.” 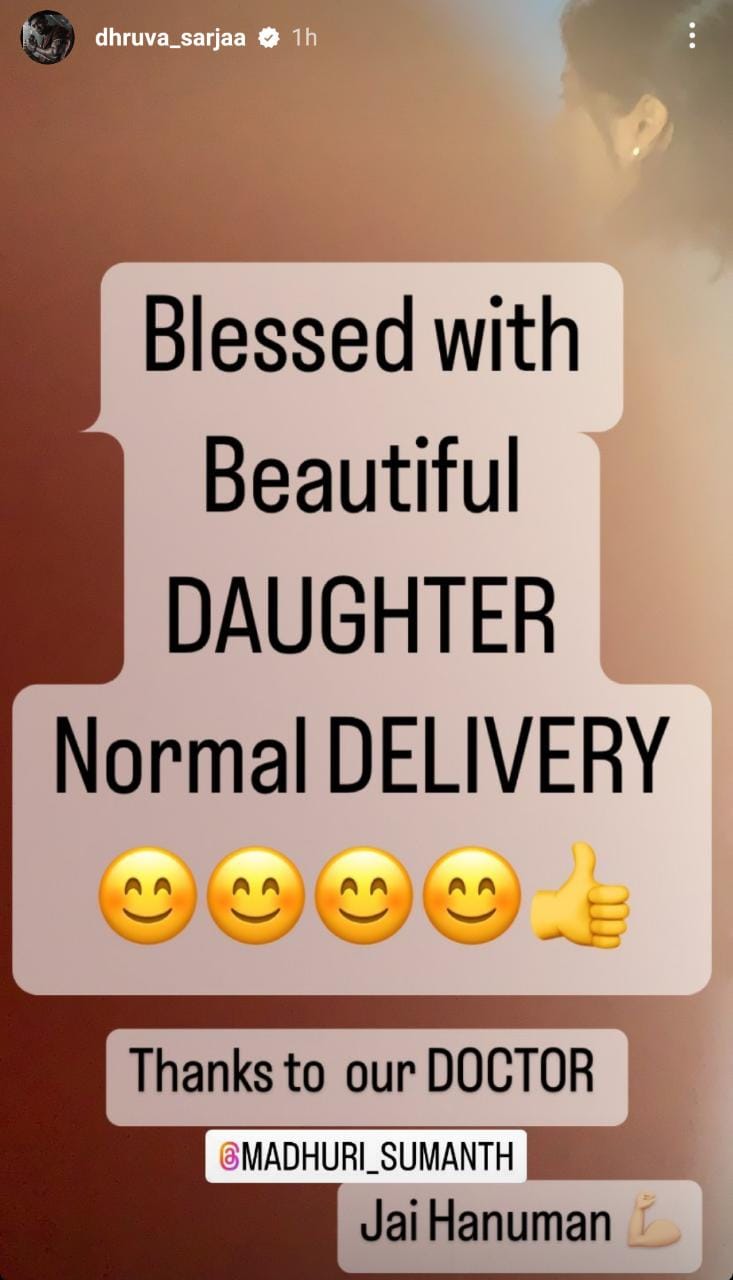 For the unversed, Dhruva Sarja and Prerana Shankar were childhood friends, who later got into a relationship. The couple got engaged on December 9, 2018, before tying the knot in a beautiful ceremony in November 2019. Now, they have embarked on a new journey as parents.

On the work front, Dhruva Sarja will next grace the silver screens with A P Arjun's directorial Martin. Touted to be an action entertainer, the project marks the return of the successful actor-director duo Dhruva Sarja and AP Arjun. The movie was expected to release in September this year. However, it got delayed as the shoot was not concluded in the speculated time.

In addition to this, Dhruva Sarja has also joined forces with director Prem S for his next. Tentatively named#DS6, the movie will be backed by KVN Productions.

4 Personality traits of Cancer parents that you mu...

Ways to persuade your difficult teenager to change...

4 Frustrating and maddening parenting moments you ...

Leo to Aries, Men of these zodiac signs have the n...