Dulquer Salmaan, Samantha, Rashmika look comfy yet stylish in casuals as they get papped in Mumbai; PICS The young generation talents of the various South Indian film industries, including Malayalam, Tamil, Kannada, and Telugu, are now slowly pushing their boundaries to achieve pan-Indian stardom. Many popular actors from the South have successfully blurred all the barriers of language and culture, and Dulquer Salmaan is at the top of this list. The versatile actor has some highly promising projects his kitty, in all major Indian languages. The same applies to Samantha Ruth Prabhu and Rashmika Mandanna, who are currently the two most sought-after actresses in Indian cinema.

Dulquer Salmaan spotted at the airport

The talented actor who has roots in the Malayalam film industry is now totally busy with his South and Bollywood acting careers. Dulquer Salmaan was recently spotted at the Mumbai airport by the paparazzi, as he arrived in the city for his work commitments. The Sita Ramam star looked effortlessly handsome in his casual yet stylish airport look. Dulquer Salmaan opted for a pink and blue tye-dye t-shirt, which he paired with beige trousers, white sneakers, and his signature hairdo, as he arrived in the city.

Check out Dulquer Salmaan's PICS below: 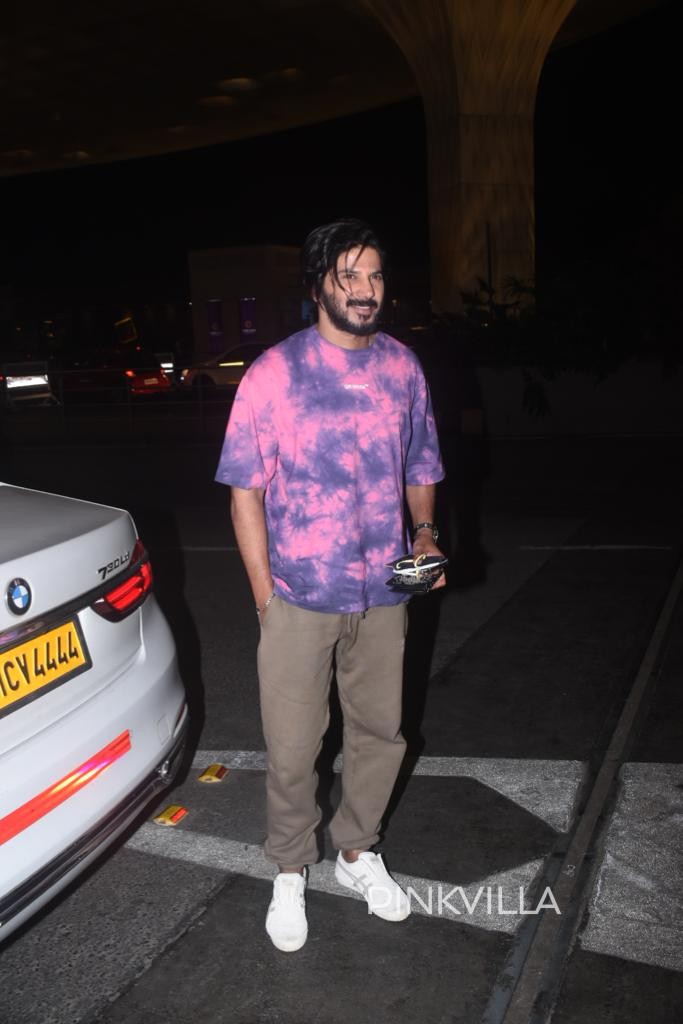 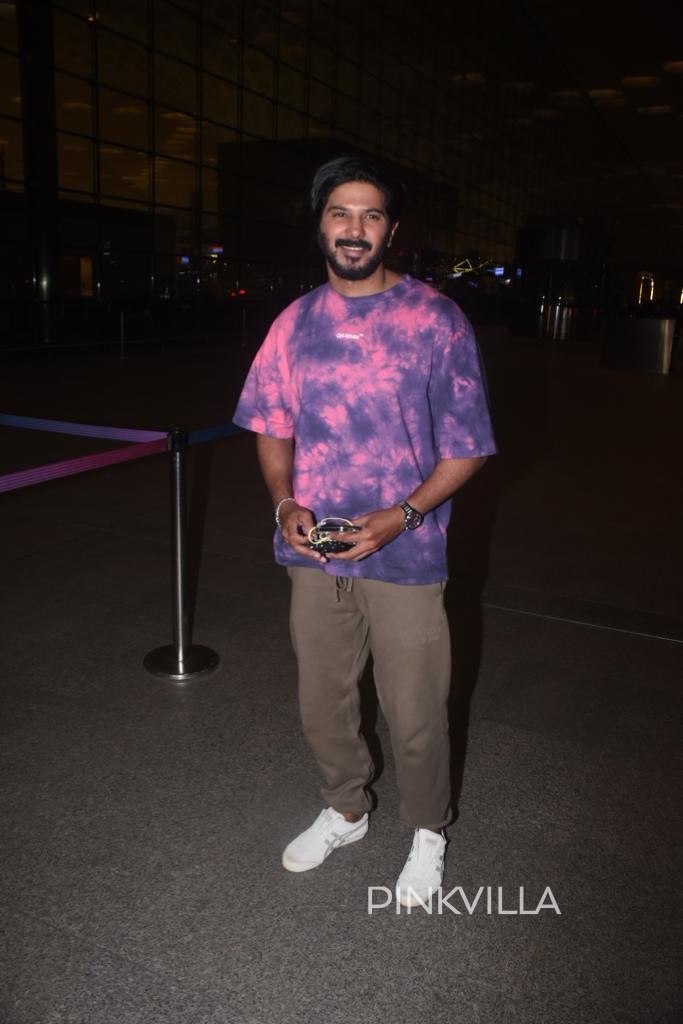 The popular actress, who is now set to be active in her career after a short break, recently resumed her work with the dubbing works of her film Shaakuntalam. Samantha Ruth Prabhu is now back in Mumbai for her work commitments and was recently spotted at a shooting location in the city. In the pictures, the popular actress is seen getting down from her caravan and entering her car, as she wrapped up the shoot for the day. Samantha looked pretty in a casual white co-ord set and a pair of statement sunglasses, as she interacted with the paparazzi and posed for pictures.

Check out Samantha's pictures below: 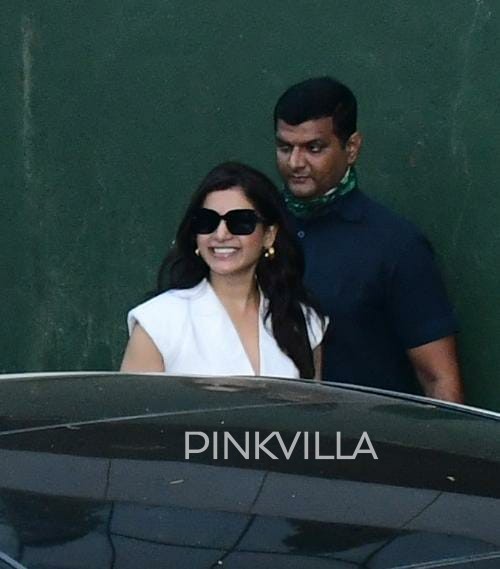 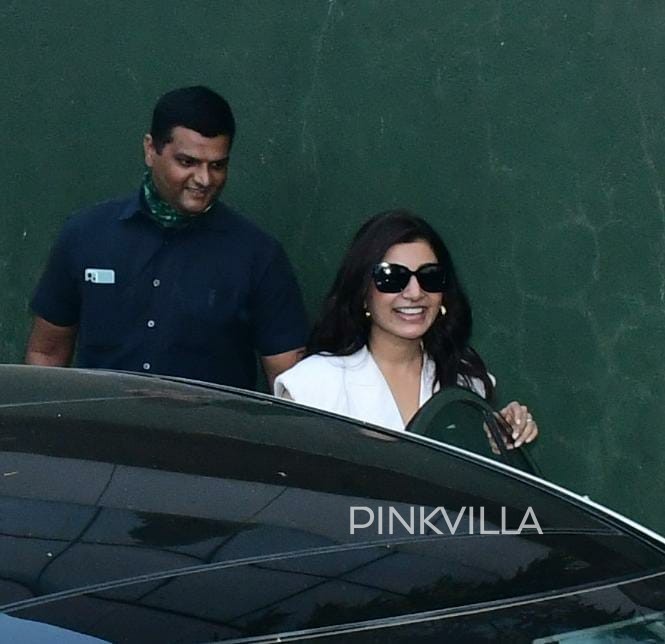 Rashmika Mandanna at the airport

The young actress, who is now equally famous in both the South film industry and Bollywood, was recently spotted at the Mumbai airport. Rashmika Mandanna was seen in a white printed t-shirt and a pair of black trousers which she paired with sliders and a free hairdo when she was spotted by the paparazzi.

Check out Rashmika's PIC below... 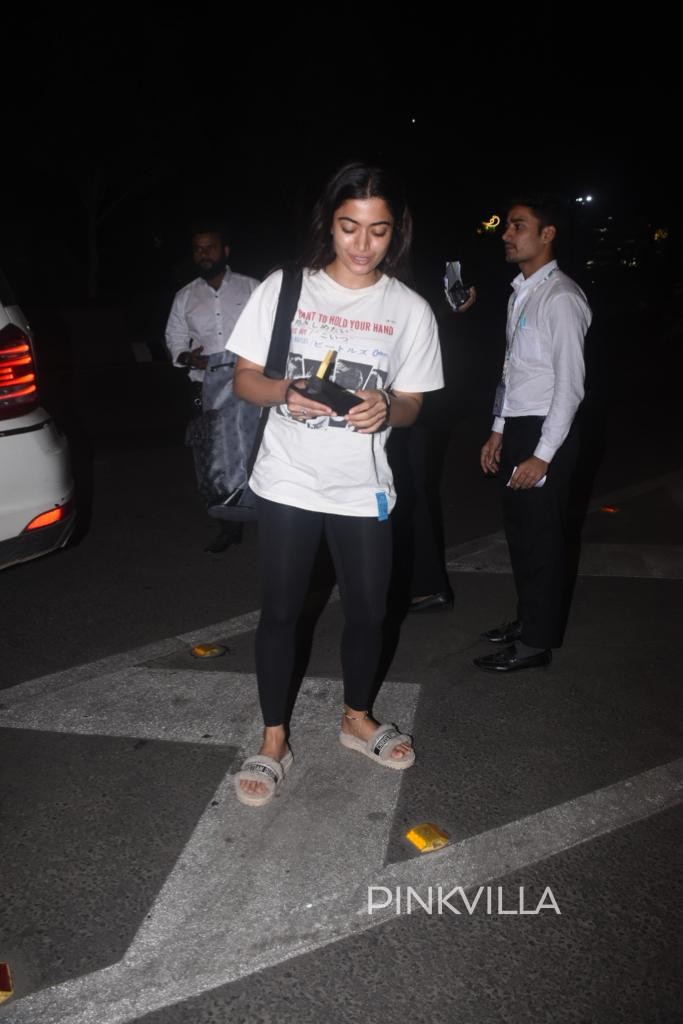 The talented actor is currently busy with the shooting of his ambitious Malayalam project King Of Kotha, which is touted to be a period-action film. Dulquer Salmaan is said to be playing the role of a gangster who raises to power in the film, which is helmed by newcomer Abhilash Joshiy. Aishwarya Lekshmi and Samyuktha Menon are playing the female leads in the film, which features Tamil actor Prasanna in a pivotal role. King Of Kotha will get a pan-Indian release, and will be simultaneously released in Malayalam, Tamil, Telugu, Kannada, and Hindi languages.

Samantha Ruth Prabhu recently wrapped up the dubbing works of her upcoming epic drama Shaakuntalam. The actress is reportedly back in Mumbai to kickstart the shooting of Citadel, the upcoming spy thriller series which is slated to release on Amazon Prime Video. The series, which is helmed by Raj and DK, will feature Varun Dhawan in the lead role. Rashmika Mandanna, on the other hand, is awaiting the big release of Varisu, her next outing which features Thalapathy Vijay in the titular role.