We bring to you the top news from the world of South cinema today on 11th November, take a look. The South film fraternity keeps movie buffs on their toes with its latest updates. Today on November 11 as well, a lot of buzz was created in the world of South cinema. From Samantha starrer Yashoda's release to Jr NTR's makeover, a lot took place in the span of a single day.

To keep you updated with the latest happenings from the South film fraternity, we bring you the day's major buzz.

Jr NTR is enjoying the best phase of his career post the success of his last release RRR. Now, the actor has treated the fans with his impressive makeover. The star took to his Instagram handle and dropped a mirror selfie with celebrity hairstylist Aalim Hakim. He looked dapper in a trimmed beard and a groovy hairdo.

The latest buzz suggests that this is Jr NTR's new look for his forthcoming movie NTR 30, with filmmaker Koratala Siva. The camera work for the untitled film will be performed by Ratnavelu, whereas the editing will be done by Sreekar Prasad. Sabu Cyril is also on board the teams as the art designer. The film is presently in the pre-production stage and is likely to go on the floors soon. 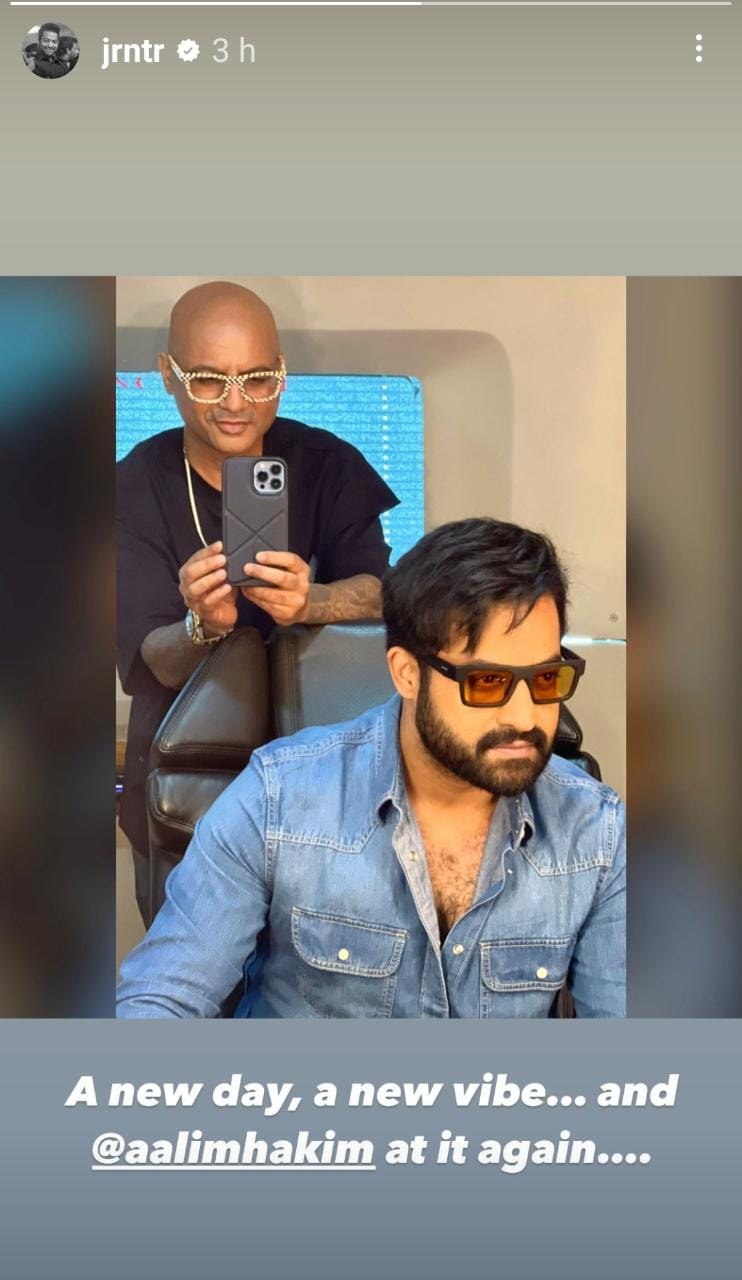 Samantha Ruth Prabhu starrer new age thriller Yashoda released in the theatres today. The suspense drama has been getting an overwhelming response from the audience. As the film is off to a great start at the box office, the stunner, director duo Hari and Harish and the rest of the team posed for a group selfie at Samantha's home. The memorable picture is now doing rounds on social media and is being appreciated by the fans.

Additionally, Samantha shared an emotional note on Twitter this morning which read, "This time, more than ever, I was hoping and praying for all your support in promoting the film. The affection you have showered on me & Yashoda in the run up to the release is humbling. Forever grateful to all of you. You are my family. Truly hope you enjoy the film. Thank you."

Naga Chaitanya is currently busy working on director Venkat Prabhu's upcoming drama, NC22. He will be seen romancing Krithi Shetty, who has been roped in as the leading lady of the film. These two will be sharing the screen for the second time after the 2022 supernatural drama Bangarraju.

The newest update about NC22 is that an action-packed schedule of the film is presently underway in Hyderabad. A huge set has been erected for the movie. Aravind Swamy, the antagonist in the film will be seen locking horns with Naga Chaitanya, and their intense action sequences are being shot under the supervision of stunt director Mahesh Mathew.

Nivin Pauly's upcoming Tamil-Malayalam bilingual drama Yezhu Kadal Yezhu Malai has been directed by filmmaker Ram. Today the makers have unveiled the first look of the actor from the movie. Donning big hair and a beard, the poster features Nivin Pauly running holding a spear. Sharing the first look on social media, he tweeted, "Delighted to reveal my character’s first look in #Yezhukadalyezhumalai!" The look has been shared with the fans on the protagonist's 38th birthday today.

Produced by Suresh Kamatchi under the banner of V House Productions, the film will have music scored by Yuvan Shankar Raj. Yezhu Kadal Yezhu Malai marks Nivin Pauly’s third Kollywood project after Neram and Richie. The upcoming film also stars Anjali and Soori in pivotal roles. The movie is in the post-production stage right now. Meanwhile, the release date for the film has not been announced yet.

Here were the top updates from the world of South cinema today on 11th November, stay tuned for more.