Kaathal: The Core: Suriya visits wife Jyothika and Mammootty on the sets of their next

Take a look at this BTS video of Suriya, Jyothika and Mammootty from the sets of Kaathal: The Core. Jyothika is all geared up to make a comeback to Malayalam cinema with the much-anticipated drama Kaathal: The Core. With superstar Mammootty as the protagonist, the project marks the co-star's first on-screen pairing. Made under the direction of The Great Indian Kitchen fame filmmaker Jeo Baby, the shooting for the movie is currently underway. Recently, Suriya paid a visit to the sets of the film to meet his better half and superstar Mammootty. A few sneak peeks from Suriya's visit are doing rounds on social media.

Director Jeo Baby claims that it was Mammootty and the film's producer, who suggested Jyothika's name for the venture. The filmmaker wanted to cast a seasoned actress in the part and it never even occurred to him to approach such a big star like Jyothika. After hearing the script of Kaathal: The Core Mammootty felt that Jyothika will be ideal for the role. 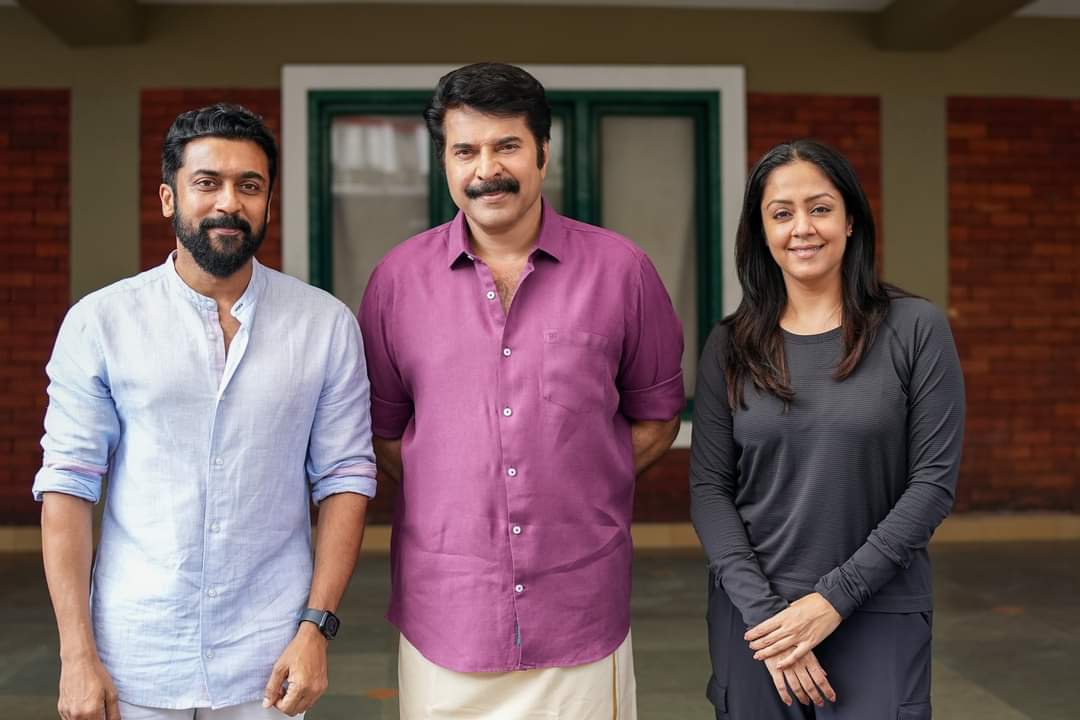 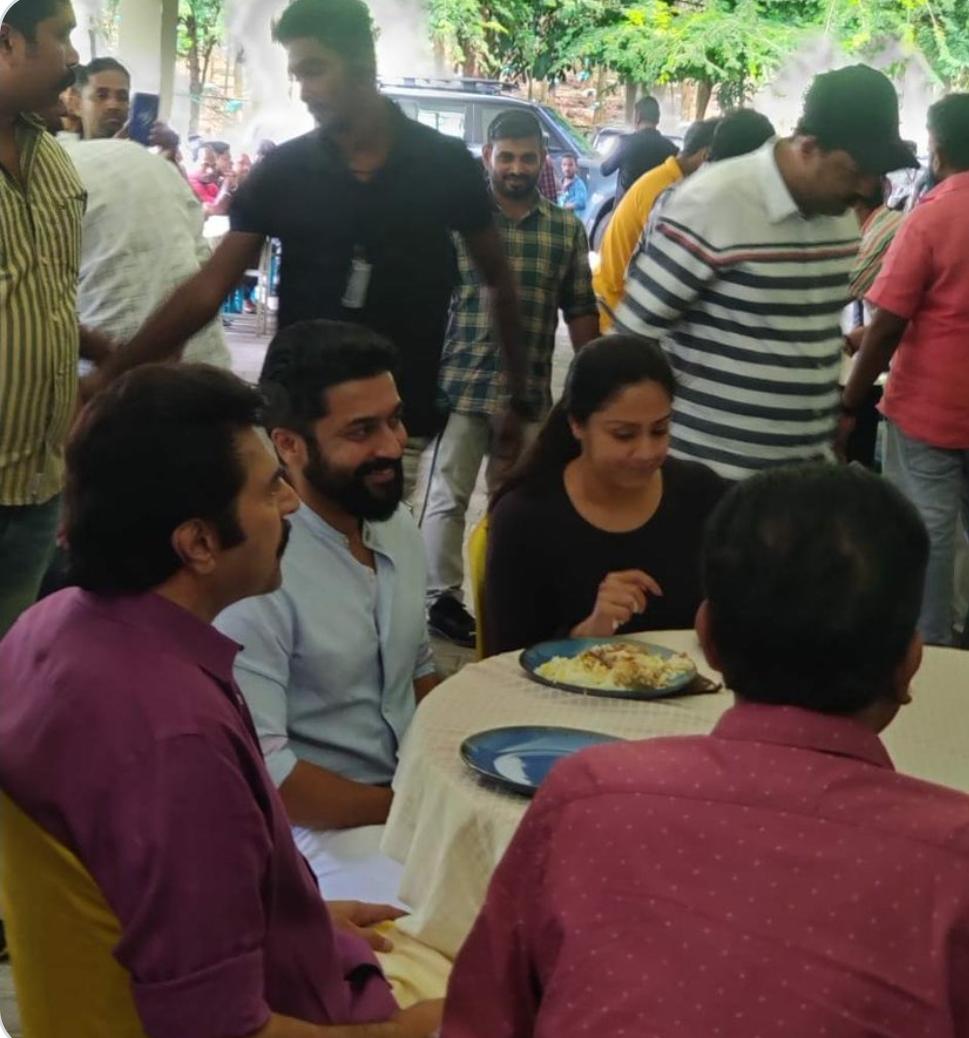 For the unversed, Kaathal: The Core will be her third Malayalam drama. She has previously acted in Mollywood movies like Priyadarshan’s Raakkilipattu and TK Rajeevkumar’s Seetha Kalyanam.

Touted to be a family drama with a socio-political layer, Mammootty and Jyothika are likely to be seen as a married couple in Jeo Baby’s directorial. Aside from these two, the movie also has a star-studded cast including names like Lalu Alex, Muthumani, Chinnu Chandni, Sudhi Koppa, along with the rest.

Bankrolled by the superstar's production house Mammootty Kampany, the film is being distributed by Dulquer Salmaan’s home banner Wayfarer Films.