Keerthy Suresh was recently spotted at the airport; The actress looked stylish and comfy in casuals and a luxe bag Keerthy Suresh has an exciting line-up of films, including Maamannan and Dasara

Keerthy Suresh is one of the busiest stars in the south Indian film industry. The National award-winning actress has a massive line-up of films, in both Tamil and Telugu. In recent times, Keerthy Suresh is also becoming one of the favourite faces of the Bollywood paparazzi and often gets clicked whenever she lands in Mumbai for shooting. Recently, the Sarkaru Vaari Paata actress was spotted at the Mumbai airport, where she gracefully posed for the paparazzi.

In the pictures, Keerthy Suresh looked stylish in a white cropped sweatshirt, which she paired with cropped high-waist denim trousers. However, the biggest highlights of Keerthy’s luxe airport look were the stunning Christian Dior ‘Bobby’ crossbody bag, which reportedly costs around Rs. 2.8 Lakh and matching pump shoes from the same brand. The Vaashi actress completed her look with a statement watch, matching bracelets, and simple earrings. Keerthy Suresh’s airport looks are creating quite a stir among fashion enthusiasts, who are praising the actress for her style statement. 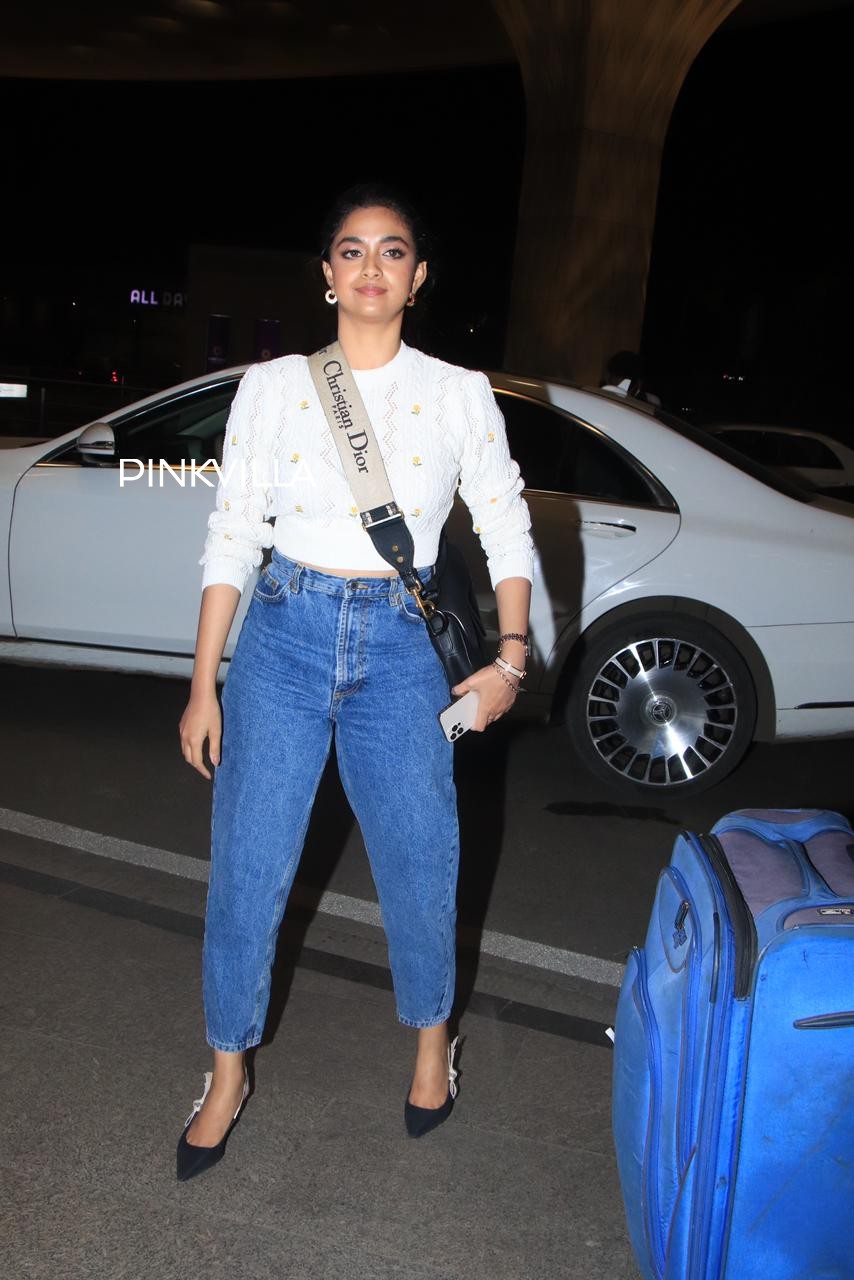 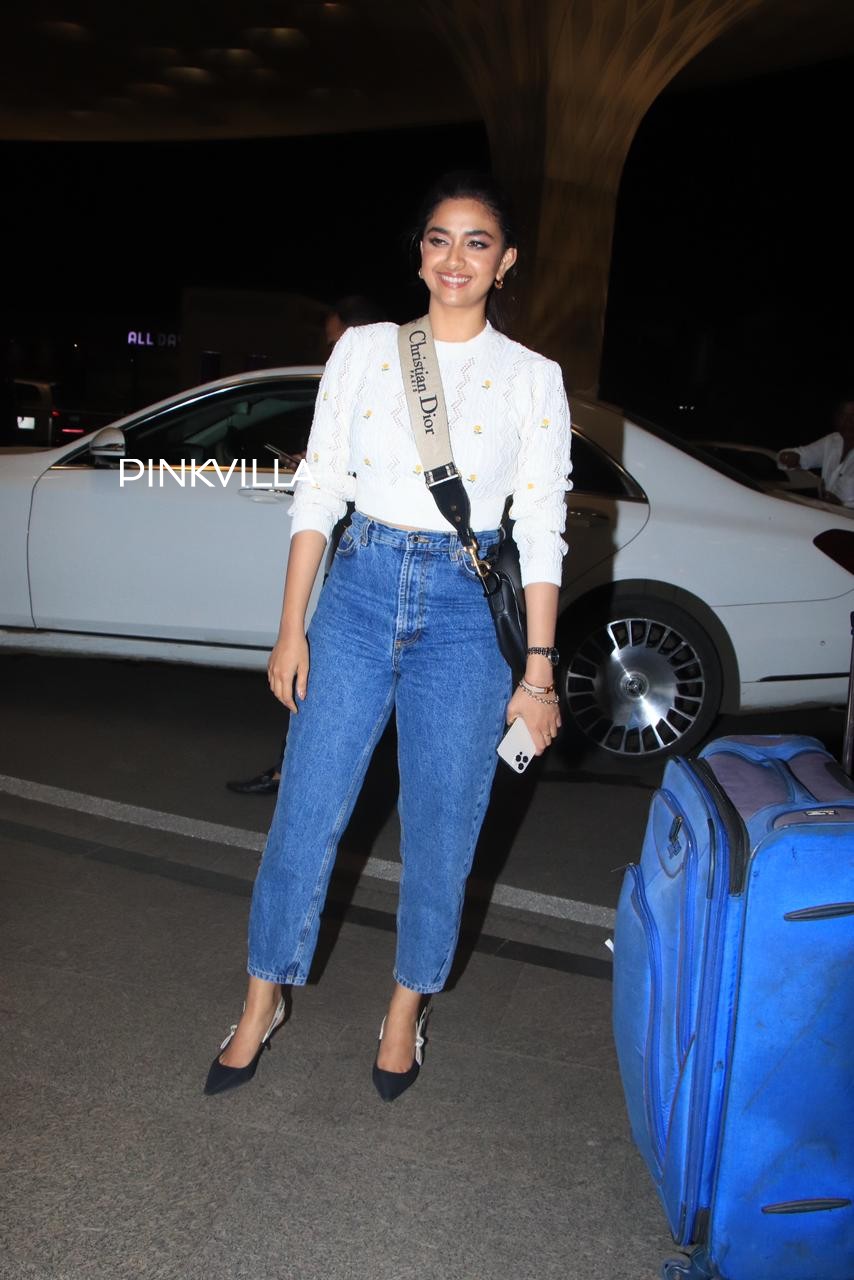 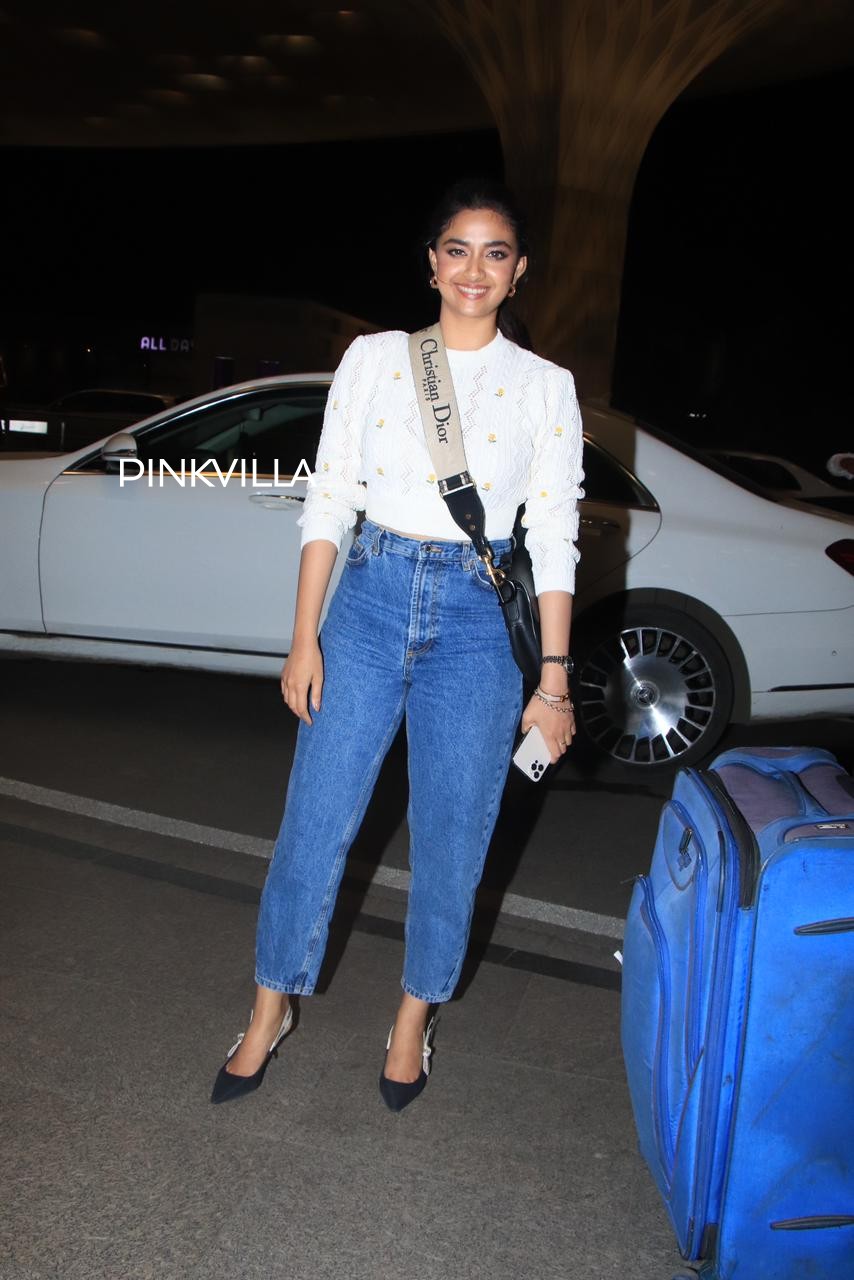 Coming to Keerthy Suresh’s acting career, the actress was recently seen in Vaashi, the Malayalam courtroom drama that earned excellent reviews from the audiences. She played the role of Adv. Madhavi Mohan in the movie, which depicted the professional clashes between a lawyer couple who are pitted against each other in court. Tovino Thomas played the male lead in the film, which is directed by Vishnu Raghav.

The National award-winning actress recently wrapped up the shooting of Mari Selvaraj’s highly anticipated social drama Maamannan. The movie, which features Udhayanidhi Stalin in the lead role, will have Fahadh Faasil as the lead antagonist. Senior actor Vadivelu is appearing in a key role in Maamannan. In Telugu, Keerthy Suresh will be next seen Dasara, the much-awaited rural drama that features Nani in the lead role. The recently released first single of the movie has been going viral on social media.