Celebrity life always seems glamorous from every angle. Their looks, fitness, and fashion always make them stand out. On or off screen, they manage to look the best always. Being in the showbiz industry, it is very important for celebs to transform themselves into super stylish as they are constantly in the news. But it's not a cakewalk to look like that all the time. Yes, celebrities go through enough share of pain and sweat to get a makeover, be it looks or body.

From intense workouts to a healthy diet, celebs maintain a perfect balance sheet to get a physical makeover. Many celebs in the recent past have managed to stun the fans with their physical transformation and makeover and we bet you must definitely see them.

Keerthy Suresh lost oodles of weight post her appearance in her National Award-winning film Mahanati. Keerthy was loved by audiences for her chubby looks, and curvy body but in 2019 she surprised everyone with her makeover. The actress did receive flak for her lean look, nevertheless, she has managed to maintain it and looks stunning now. From her saree outings to her no-makeup looks, the actress has also upped her fashion and is setting goals with every outfit.

Keerthy clarified in a media interaction that she lost weight for this project as her character demanded it. “I started working out more after the release of Mahanati. Miss India is one of the reasons why I slimmed down a lot. The director had told me that I need to look slim so any dress would fit me."

Anushka Shetty is one of the actresses, who is a champion of body positivity and her physical transformation proves the same. During the lockdown phase, the actress made everyone turn heads with her new toned-down look. Anushka Shetty had previously advocated for a healthy lifestyle and spoken at length about body image issues. Before this, the Bhaagamathie actress was grappling with weight issues she had put on for her film Size Zero. However, now it seems that Anushka Sharma has put everyone behind her and her fans are pretty impressed with her new look. 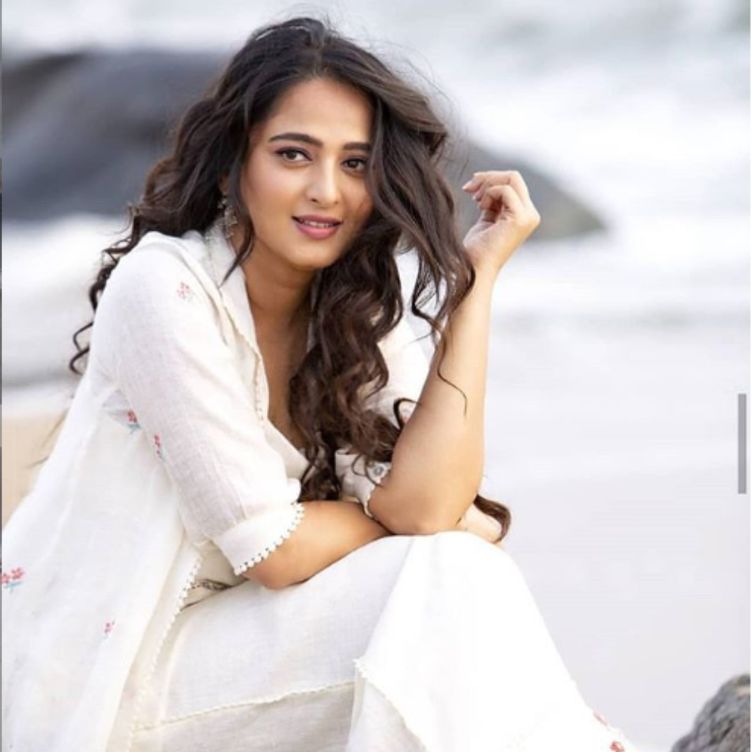 Malayalam actor Nivin Pauly recently underwent a drastic makeover with his weight loss. The actor, who was trolled and criticised for his overweight, left everyone stunned with his new look. On January 3, the actor took to his Instagram handle and shared a pic of his before and after the drastic makeover. Clad in a black tee with jeans paired with a jacket, Nivin looks super handsome and fans are loving his new look.

Earlier, Nivin Pauly gained huge weight, which also affected his acting career as audiences criticised him. It was also reported that the actor wasn't getting good scripts as well due to his overweight. After a year and more, Nivin Pauly is back in form and looks perfect as ever.

Last year, Akhil Akkineni underwent a major physical transformation for his upcoming film Agent. Akhil’s before and after physical transformation photo will leave you in awe as it serves major fitness goals. The Hello actor, who is all lean and fit till now, turned bulky with eight-pack abs. His chiseled body with fine abs and muscles impressed everyone with how he managed to pull it off.

Akhil was known for his boy-next-door look and for his chocolate boy roles. He underwent a massive makeover and became one of the fittest actors in Tollywood. "He has been doing a lot of bodybuilding workouts, conditioning workouts. We are making sure that he does not have stiff or very bulky but will be seen in a flamboyant kind of physique", said his personal trainer Junaid Shaikh.

Tamannaah Bhatia has come a long way and her makeover, which has managed to catch attention is proof. The actress, who made her debut at 15, changed a lot since then with her fashion and body. Especially during the lockdown, she shed a lot of weight and focused to stay fit and fab. Not just that, Tamannaah also upped her fashion game.

From glamorous gowns to sexy co-ords, Tamannaah Bhatia's fashion has become a stylebook. She has become a super sexy fashion diva and is giving major makeover goals.

Anonymous
Jan 08, 2023
TB is totally out of good roles even after slashing her rate drastically .
0 REPLY

Nivin Pauly and Haneef Adeni team up for a new pro...