Vijay Deverakonda, the Liger actor was recently spotted having a blast at a cricket match, with his brother, Anand Deverakonda Vijay Deverakonda, the popular actor was last seen in the pan-Indian sports drama, Liger. The Puri Jagannadh directorial, which was simultaneously shot in Hindi and Telugu languages, was also dubbed into Tamil and Malayalam. However, the Vijay Devarakonda starrer emerged as a major box office failure and earned overwhelmingly negative reviews from the audiences. The massive pre-release hype and extravagant promotions couldn’t save Liger, which was majorly bashed for its outdated content. Vijay Deverakonda has been keeping a low profile, post the debacle of Liger.

However, the talented actor is making use of this break from the public eye by enjoying things he loves and spending quality time with his family. Recently, Vijay Deverakonda was seen having a blast at the recently held India-Australia cricket match with his brother, actor Anand Deverakonda. In the video shared by popular celebrity stylist Shravya Varma, the Deverakonda siblings were seen cheering at the match. Vijay Deverakonda looked his casual best in a mint green sweatshirt, which is paired with matching joggers. Anand, on the other hand, opted for a pastel pink t-shirt and grey trousers. 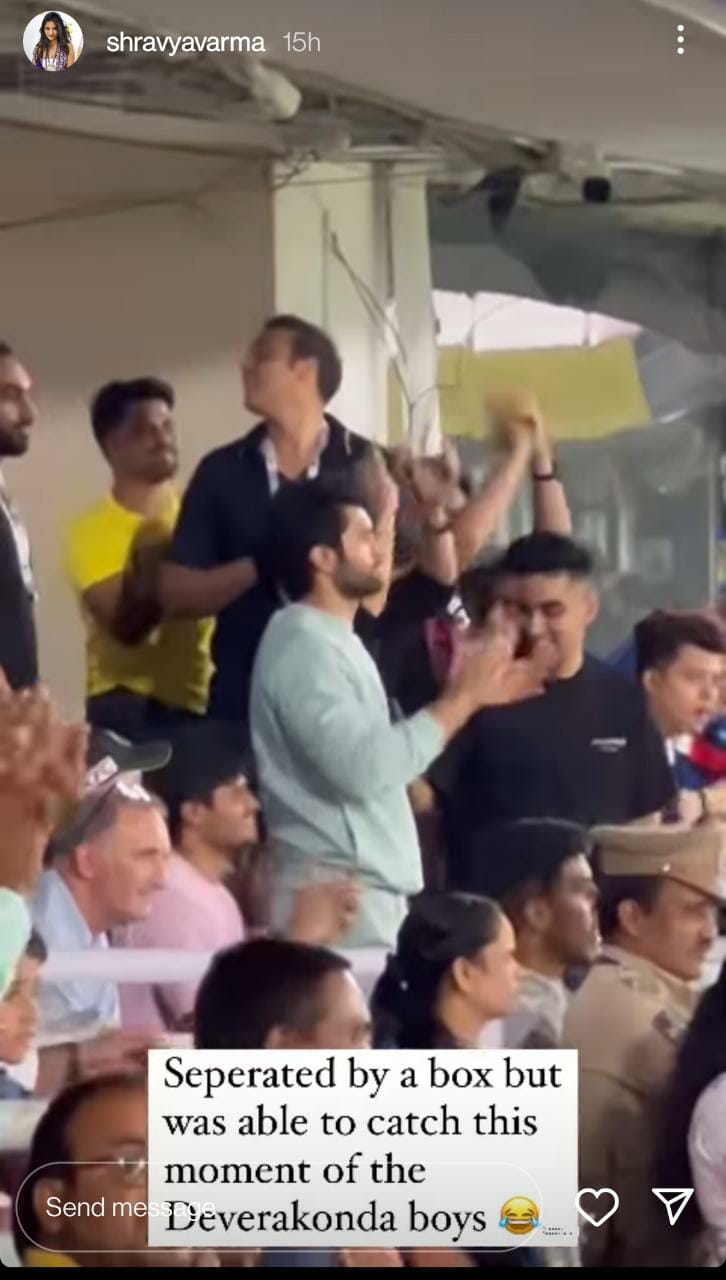 Coming to Vijay Deverakonda’s acting career, the actor established himself as one of the most sought-after talents of Telugu cinema, with some major hits like Yevade Subramanyam and Pelli Choopulu. But he got the biggest break with the blockbuster film Arjun Reddy. Vijay earned rave reviews for his performance as the titular character Arjun Reddy, an alcoholic surgeon. Later, he was seen in several notable films including Mahanati, Geetha Govindam, and Dear Comrade, before making his Bollywood debut with Liger.

Vijay Deverakonda will be next seen in the upcoming romantic comedy Kushi. He will share the screen with popular actress Samantha Ruth Prabhu for the first time in the film, which is helmed by Shiva Nirvana. His brother Anand Deverakonda, on the other hand, made his acting debut with Dorasaani. He was recently seen in the crime thriller movie, Highway.

Anonymous
Sep 27, 2022 06:55 PM
Seriously i lost my respect on him after his behaviour during liger promotions
0 REPLY