Mahesh Babu's 2022: A year of emotional turmoil and personal losses of his three dear ones

The year 2022 has been very difficult for Mahesh Babu on the personal front as he had lost three of his most loved ones in his life and is going through a hard time.

Mahesh Babu's 2022: A year of emotional turmoil and personal losses of his three dear ones Mahesh Babu's 2022: The most difficult year with personal loss of father Krishna, mother and father

Mahesh Babu is shattered by the death of his father Krishna, who was 79. Krishna was also one of the biggest superstars of Tollywood. The legendary actor breathed his last on November 15 due to cardiac arrest. In the joint statement released by the family, Mahesh Babu and his family mentioned that they are devastated by the family patriarch. The last rites are currently taking place in Hyderabad and the Sarkaru Vaari Paata actor is inconsolable.

The year 2022 has been very difficult for Mahesh Babu on the personal front as he had lost three of his most loved ones. His fans, wife and co-peers from the industry have been extending their support to the superstar in these hard times.

The year 2022 itself started on a grim note for the superstar as he lost his elder brother Ramesh Babu. On January 8, his big brother, Ramesh Babu, whom he considered a father-figure, died due to prolonged illness at 56. The hardest part was he couldn't bid his final goodbye to him as he was diagnosed with COVID-19 and couldn't attend the funeral.

However, on the 11 day of demise, Mahesh Babu attended the prayer meet and bid his goodbye to brother Ramesh Babu. He also took to social media and shared a lovely note for his dear brother. His note read, "You have been my inspiration. You have been my strength. You have been my courage. You have been my everything. If not for you, I would not have been half the man I am today. Thank you for everything you've done for me. Now just rest...rest... In this life and if at all I have another, you'll always be my 'Annaya'. Love you forever and ever and ever."

2 months ago, before Krishna's demise, Mahesh Babu's mother Indira Devi passed away. The actor, who was mummy's boy, got heartbroken when his mom breathed her last on September 28. He never missed a moment to flaunt his love for his mom, be it on birthdays, mother's day on social media platforms, or thanking her for his life at every movie event.

Mahesh Babu performed his mom's final rituals and bid his goodbye with a heart-touching post dedicated to her on social media. Mahesh Babu took to his Instagram story and dropped a heart-touching post dedicated to his mother Indira Devi. He shared a black and white pic of his mom and captioned it with red hearts. The actor shared a great bond with his mother and is heartbroken by this huge loss.

After his mom's death, Mahesh Babu was trying to cope and thinking to get back to work this month but unfortunately, he was hit by another hard time in his life with his father Krishna's death. On November 13, the legendary actor was rushed to a hospital in Hyderabad in an unconscious state. He was given treatment and put on a ventilator. On November 15, around early morning 4 AM, Krishna passed away at 79 due to cardiac arrest.

Krishna's mortal is at his home in Hyderabad's Nanakramguda area, later he will be kept at Gachibowli stadium at 5 PM for the last darshan. Mahesh Babu has been inconsolable as celebs are coming to his residence to pay respects to Krishna. 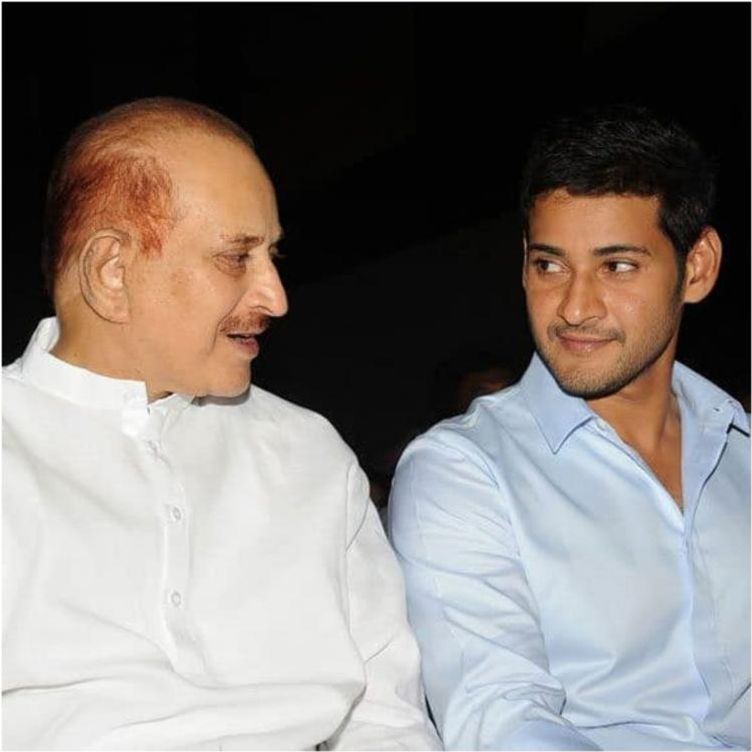 Celebs stand by the superstar during his tough year

Many fans and actors including Rajinikanth, Chiranjeevi, Kamal Haasan, Suriya and many others from the Indian film industry also condoled the death of the superstar.

Taking to Twitter, Suriya paid tribute to Krishna and also sent prayers and strength to Mahesh Babu for facing the loss of brother, mother and now father, all in one year. Suriya tweeted, "Our prayers and respects to Krishna garu, sending lots of love and strength to @urstrulymahesh and family. It’s been a tough year for you brother.. We are with you!

Kamal Haasan also expressed his sympathies towards Mahesh Babu and wrote in Telugu that roughly translates to, "Krishna, who was the supreme star of Telugu cinema, has passed away. My tribute to him. I share the grief of my younger brother @urstrulyMahesh who is suffering from the loss of his mother, brother and father."

Mahesh Babu and his family have been dealing with the loss of three people in the family. Strength and prayers to Mahesh Babu in these hard times.

Anonymous
Nov 15, 2022 05:52 PM
Krishna rose to dizzy heights thanx to his wife Idnira Devi who commanded a lot of respect in film circles. She stood firm with him through all his challenges and relations . its not easy being a super star\'s wife . he could not accept her loss.
0 REPLY